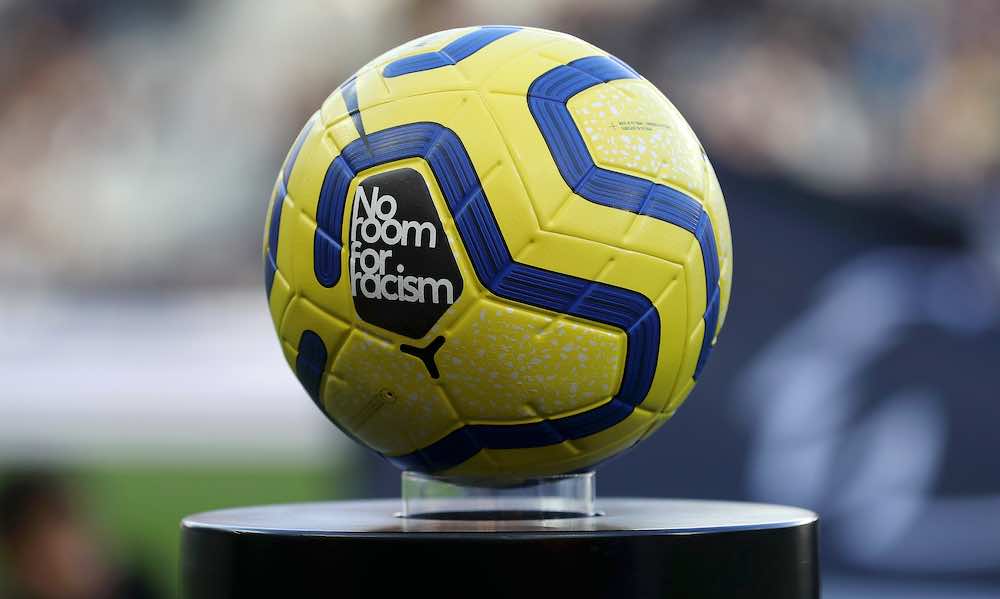 On February 15th the world of football was reminded that the fight against racism has only just begun.

Porto player Moussa Marega walked off the pitch in the 69th minute of a Portuguese Primeira Liga match against host club Vitoria de Guimaraes having tolerated racist chants from them in his direction from before kickoff.

“It started from the beginning, at the warmup,” Marega told French media outlet RMC Sport. “It was a couple of people.

“However, when you see and hear two or three shouting monkey stuff or racist insults, I guess that happens to many players on the football field…

“I could not care less if it is only two or three, but the entire stadium? It is not even possible to keep playing when people are mocking the colour of your skin. It is impossible.”

This incident occurred just one day after Italian club Cagliari Calcio announced it had issued a lifetime ban to three of its supporters for racially abusing opposition players. This is the first time the Sardinian club has taken any real action in response to the racist behavior of a select group of its supporters.

In September, Inter striker Romelu Lukaku was subjected to racist chants at the Sardegna Arena. The club did nothing and the Federazione Italiana Giuoco Calcio (FIGC) response was as abhorrent as the racist chants themselves.

After investigating, the FIGC did not issue any sanctions against the club. The FIGC ruled that the chants were not discriminatory in terms of their “scale and realization,” noting they only occurred on one occasion. 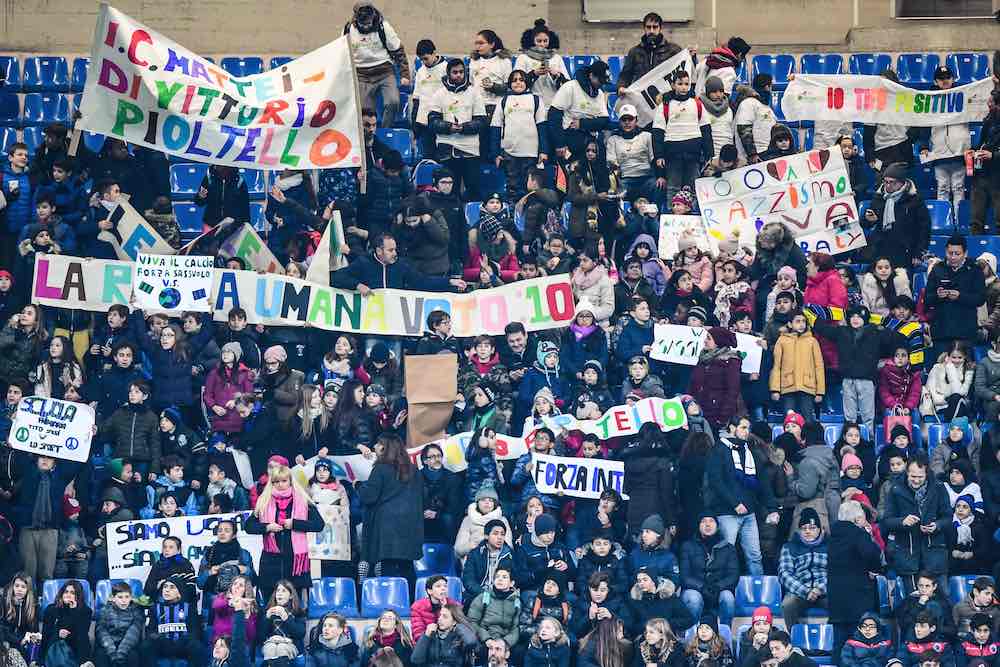 Fans from local primary schools hold banners and placards against racism during the Italian Serie A football match Inter Milan vs Sassuolo on January 19, 2019 at the San Siro stadium in Rome. (Photo by Miguel MEDINA / AFP) (Photo credit should read MIGUEL MEDINA/AFP via Getty Images)

The FIGC issued a similar response to a racist incident last season involving the same Cagliari supporters and then Juventus player Moise Keane. After a six-week investigation, the FIGC did nothing, citing the chants had an “objectively limited relevance.”

Lega Serie A has not fared much better. With racism running rampant the league launched its “No To Racism” campaign in December 2019, but the announcement was accompanied by three images of monkeys, exacerbating the problem it was supposedly trying to address.

Serie A have used three paintings of monkeys to illustrate a campaign to stamp out racism.

The artwork was publicly criticized, including by big clubs AS Roma, AC Milan and Inter Milan. The league subsequently issued a formal apology.

On February 6 the club announced that it would equip the stewards at the Bentegodi with small cameras in an attempt to combat racism.

On February 10th eight more ultras were banned from attending Italian sporting events for two years after attempting to bring hats with Hitler logos on them to a match against Bologna on January 19th.

While there is still much to do in the fight against racism, Serie A clubs are finally taking steps in the right direction.