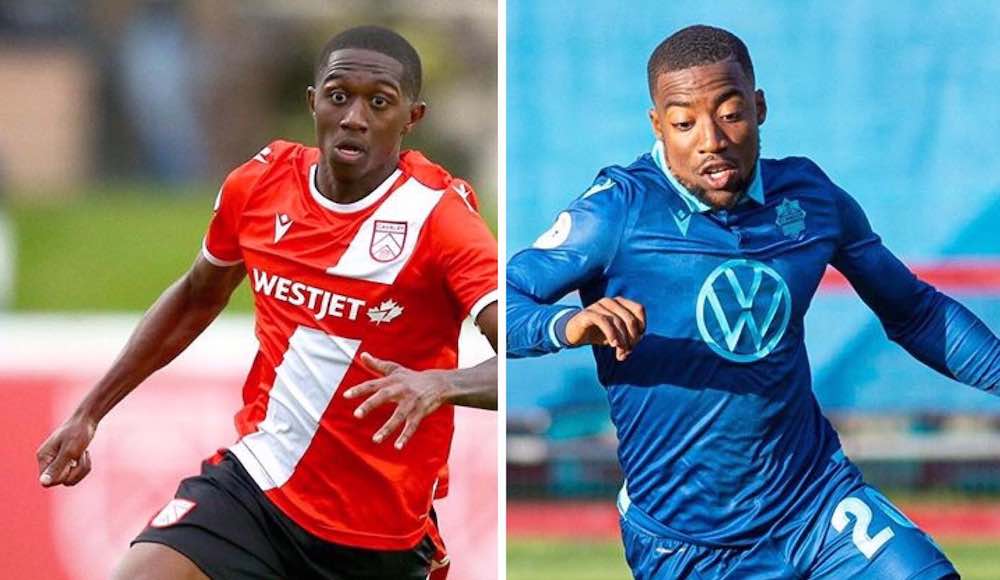 All that is left is to sign the contract and for an official public announcement to be made. These players will be among the first crop of signings in the club’s short history — just 11 days — as an organization.

In the case of Langwa, it’s a homecoming — the 22-year-old is an Ottawa native who is returning to play in the city he grew up in.

“Zoom” as he’s known, is coming over from the Atlantic coast where he played for Nova Scotia based HFX Wanderers, and had the chance to play at TD place when they faced Fury FC in the Canadian Championship. Lansdowne Park will now become his permanent home.

For Hamilton, who is from Calgary but has British roots, it’s a fresh start.

After coming over from England, most notably West Ham United, the winger with potential saw limited minutes at Cavalry FC after their attacking depth proved to be worthy after claiming the spring and fall season titles in 2019.

It’s been reported in Costa Rica that Anthony Lopez of Alajuelense is also ready to sign for Canadian outfit.

While it’s unclear which other players might be on the roster, the scouting department is hard at work to find the right 23 footballers in the two months they have, with the season kicking off in April.

The big question mark is how good will this team look by the end of this? Can they compete? The challenge is enormous but if these two quality acquisitions are a sign of what is to come then things look promising.

What is also an unknown is their participation in Canadian Championship 2020, that is up to Canada Soccer.

Recent news suggests they could slot in and play an amateur side and that the reception has been positive, as Kurt Larson of Onesoccer reports:

Latest on the #CanChamp front is Ottawa is favoured to play Masters in a playoff to reach opening round against Y9. Not final, yet. #CanPL @onesoccer

What we do know, as has been reported by AJ Jakubec of TSN 1200, is that they will be heading to Madrid, Spain, where they will be using the world-class facilities at Atlético Madrid — their parent club — for a 10-day training camp starting March 11.

Atlético Ottawa will hold their first training camp in Madrid beginning on March 11th. Camp is expected to last 10 days on the site of Atlético Madrid’s world class facilities.

Jakubec also says that a large portion of the team has already been assembled, all that remains is for official announcements to be made.

There is potential for signings from Mexico’s Atlético San Luis, who are also under the umbrella of the Madrid club, as well as from India’s Atlético Kolkata.

There will likely we be Atlético academy or Atlético B signings too, but especially players from Atlético Kolkata, as their season ends very soon.

The club has also reached out to former Canada international defender Andre Hainault, who is currently overseas.

It is unclear whether that contact was successful or not.

Antoine Coupland has also been in touch with Atletico Ottawa as well and a deal looks possible.