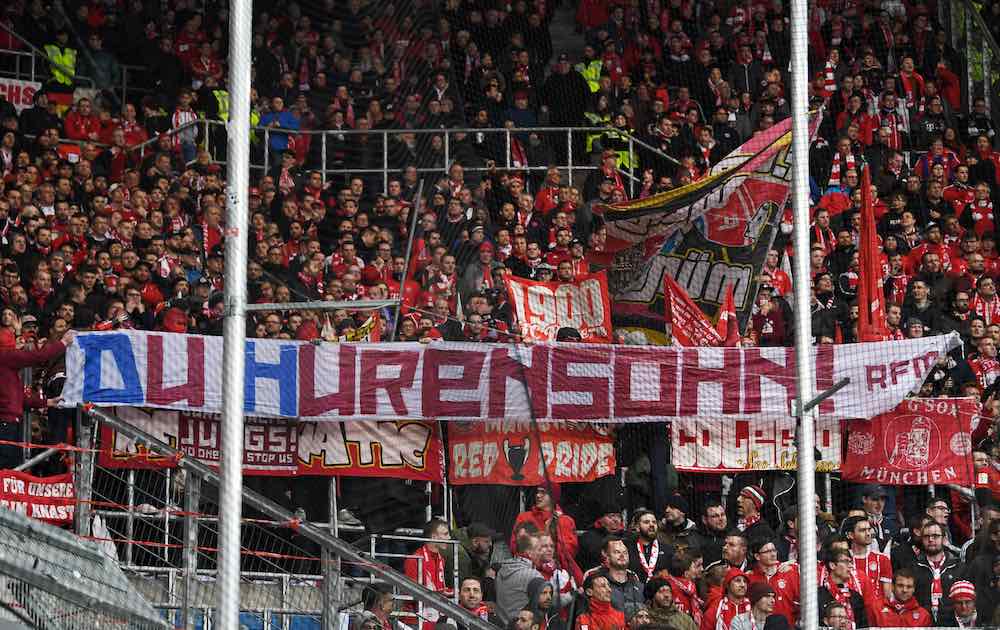 German football is renowned for its 50+1 rule that essentially ensures a club’s fans hold a majority of their own voting rights. Under this ruling, a club cannot play in the Bundesliga if commercial investors own over a 49% stake in it.

It’s a rule that helps to maintain such a strong fan culture in German football, something that is such a huge selling point for the Bundesliga around the world. That special atmosphere beamed to screens across the globe is a part of what sets the Bundesliga apart from Europe’s other major leagues.

There are notable exceptions to this rule, which was introduced in 1998. Bayer Leverkusen and Wolfsburg were founded by workers of Bayer and Volkswagen respectively. Their exemption has a historical basis, but the same cannot be said for RB Leipzig and Hoffenheim.

From a technical standpoint, Leverkusen and Wolfsburg were granted exemptions due to the investment in the clubs from Bayer and Volkswagen dating back over 20 years. Hoffenheim was also granted an exemption on the same terms.

Leipzig are owned by energy drinks company Red Bull, who bought the playing rights of fifth-tier side SSV Markranstädt and rebranded them as RB Leipzig.

Hoffenheim are based in the relatively small town of Sinsheim. Although a long-standing club, they were in the fifth-tier when financial backer Dietmar Hopp helped transform them from an amateur club in a village to the swish professional outfit on their current base. 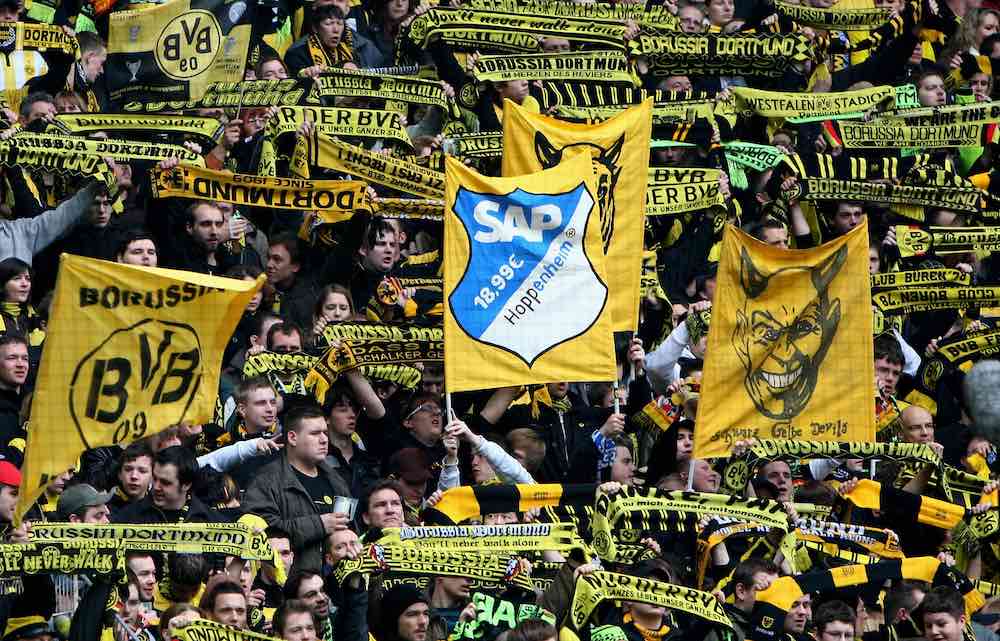 The resistance to Leipzig and Hoffenheim owner Hopp has been ongoing from the ultra fan groups of varying clubs. Dortmund’s ultras have been amongst the most prominent in this and their protests towards Hopp have resulted in a collective punishment towards Dortmund fans. The DFB have banned Dortmund fans from the away fixtures in Hoffenheim for the next two seasons.

This triggered a step up in protests from ultra groups. It reinforces how different the strong fan culture in Germany stands out from other countries. Despite intense rivalries, fan groups will work in solidarity with one another in certain circumstances.

This takes us to the extraordinary scenes between Hoffenheim and Bayern on Saturday. Even without the injured Robert Lewandowski, Bayern were decimating Hoffenheim 6-0, with youngster Joshua Zirkee scoring and Philippe Coutinho grabbing a brace, but this was almost forgotten after what happened in the 78th minute.

This was when the players were taken from the pitch by the referee because of a banner from the Bayern ultras against the DFB and Dietmar Hopp containing the insult “hurensohn”, which translates as “son of a whore” or “son of a bitch.”

Everyone talks about Bayern Munich’s ultras and their protest against Hoffenheim owner Dietmar Hopp.

Think it’s about time we hear what Bayern Munich’s ultra scene has to say.

Hansi Flick and the Bayern players pleaded with fans to take down the banner and when the game resumed, we witnessed a bizarre kick about from the players of both teams to see out the 90 minutes.

This was truly a watershed moment for German football and its ramifications are still unknown. Indeed, this is something that is likely to run for quite some time because it appears to be a battle between fans and authorities.

There is merit in the argument that the language used in the Bayern banner was crossing a line and the Dortmund banner using an image of Hopp in a crosshair most certainly was.

Some words for @dw_sports on the remarkable scenes in Sinsheim today.https://t.co/Nzgdxlzvxt

However, it should not be forgotten that the protests are not so much about Hopp personally. He is merely the symbol of what fans are opposing.

The other side to this is the protocol the official used to remove the players. There have been two recent racial abuse incidents in the DFB Pokal and the 3. Liga where this protocol was not implemented.

For it to be implemented in this instance, for a protest against a man whose company is a partner of the DFB does raise uncomfortable debate on a subject that is threatening to spiral out of control.

Over the weekend there has been some excellent coverage of this from Jonathan Harding, Archie Rhind-Tutt and German fan culture expert Felix Tamsut. I highly recommend you check out their work on this.

Right. Slept on it. Here’s where I’ve come out at on what happened at Hoffenheim-Bayern.

– Where was this response for racism?
– Rummenigge’s tune has changed.
– Ultras being grossly misrepresented here. pic.twitter.com/MfbefjlOs8

The heavily critical comments of Bayern CEO Karl-Heinz Rummenigge will hardly help to quell the flames and there were further anti-Hopp protests in Berlin on Sunday. The game between Union and Wolfsburg was also briefly stopped, despite them not being abusive.

The DFB approach, if continued, could prove to be a powder keg in a situation that is not just going to disappear.

The strong fan culture that helps to protect affordable tickets and underpins the incredible atmosphere and high attendances that are the major global selling point of the Bundesliga as a product will be protected at all costs by ultra groups. The authorities have to find a way to resolve this situation amicably and quickly.