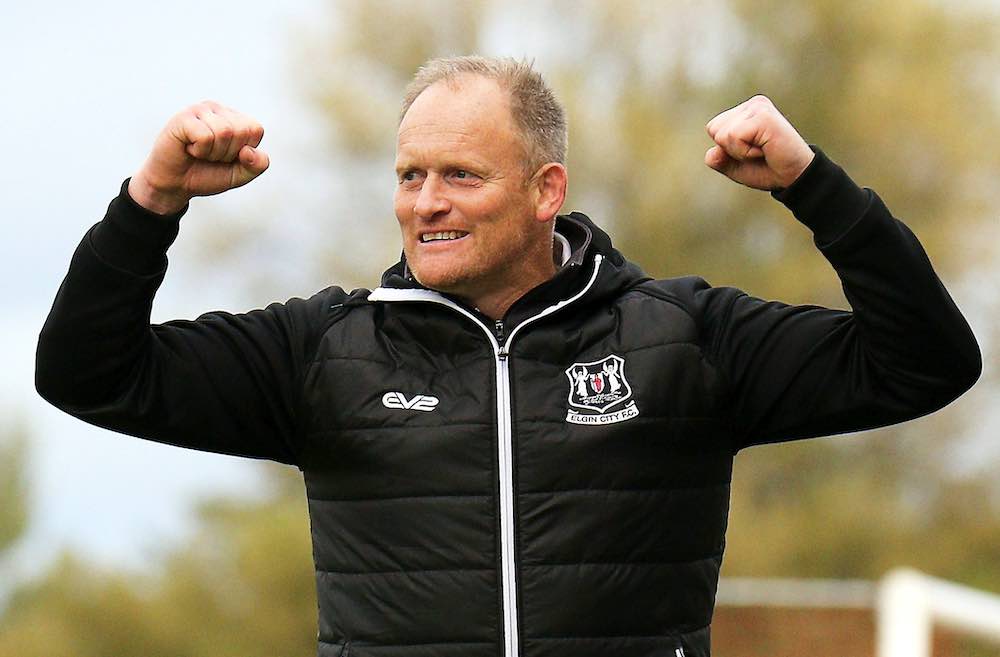 James Rowe spoke to Elgin City manager Gavin Price for WFi. They discussed his ambitions for Elgin City, starting out as a player at Forfar, and playing professionally in the Netherlands.

You are currently manager of Elgin City in Scotland. How are you enjoying managing the club and what would you say are the challenges of managing a club such as Elgin City?

“I am really enjoying managing Elgin City and I have been at the club for five years now, before that I was assistant manager. I took over two years ago and I recently celebrated my 100th match in charge. Elgin City are a good club.

“Being the most northerly club in the United Kingdom we have geographical challenges in that our players come from all over Scotland: From Glasgow to Inverness and via Ayrshire. Training together with the coaching staff also involves a lot of travel time.

“We are also a well-supported club and our board of directors work very hard here. Our fans often create a great atmosphere at home matches, particularly when we are doing well. I would say we have the best support of this level of football in Scotland. I am honoured to be part of Elgin City.”

I would like to ask you about the beginning of your playing career when you debuted for Forfar Athletic. How do you look back on your time at the club and do you have any highlights or special memories?

“Yes, definitely. I was only 17 years old when I made my debut for Forfar Athletic in the old first division, which is now the Scottish Championship.

“It was a good level to play at, even at that age as a raw teenager. It was a bit of a whirlwind start to my career playing 20 games that season.

“I learned a lot working under Paul Hegarty. It was a good start to my professional football career and one that I look back on with fond memories.”

“I would definitely say that the highlight of my career was playing my football in the Netherlands. I had a total of nine years in the country, playing for not only ADO Den Haag but also Excelsior Maasluis, Katwijk, and Quick [also based in The Hague].

“My two seasons at ADO Den Haag were fantastic. I came from part-time football at Brechin City and I had just graduated from University that year. I had options to play full-time football in Scotland and then an opportunity came up out of the blue at ADO Den Haag. After playing a few trial matches they agreed a transfer fee with Brechin.

“It was a culture shock from a football sense, with things being completely different to what I was used to. I was a young guy moving to the Netherlands and I learned an awful lot. I had a good relationship with the supporters and I made some great friends.

“I managed to become top scorer for the club at the time, and I played under Mark Wotte who knew how to get the best out of me. His man-management also shone through.

“I also encountered him again in Scotland many years later. He is a great guy, and before that a manager named Theo Verlangen who signed me.

“I even ended up buying an Irish pub in the Hague called O’ Casey’s. I really enjoyed living in The Hague and I really felt at home there.”

Finally, Gavin, what would you ideally like to achieve in your managerial career in future?

“I love being involved in football management and I would like to get promoted with Elgin City and lead then up through the play-offs to the next division.

“Football has been a big part of my life from a very young age, playing professionally and now managing. It is something that never leaves you and stays with you forever.

“My focus is on Elgin City and I am very happy here.”