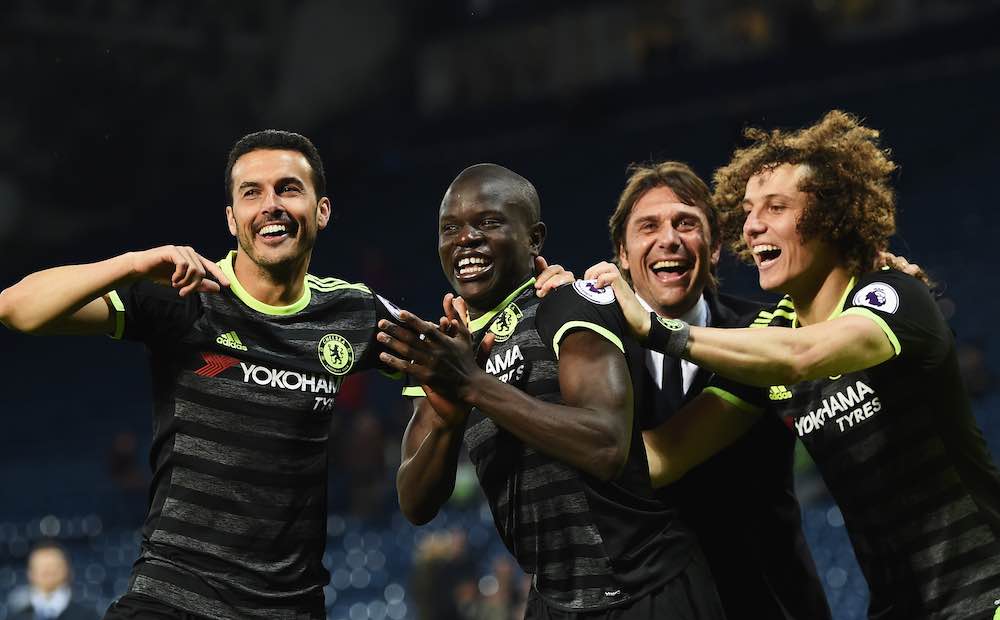 Antonio Conte’s Chelsea won the Premier League in 2017 having used a 3-4-3 formation for the majority of the campaign.

They didn’t have the brightest start to the season, only keeping one clean sheet in their first six league games.

The side was operating in either a 4-3-3 or a 4-2-3-1 at that time, with the worst performance coming in the shape of a 3-0 defeat against Arsenal.

After this game, Conte changed to the back three formation he had previously used at Juventus.

The new shape brought immediate improvement. The team went on to keep six clean sheets in a row and only lost three games in the whole season after the new formation was brought in, in September.

The Blues kept the most clean sheets in the league (16) and also scored the second-most goals (85), only one behind top scorers Tottenham Hotspur.

The formation brought in more defensive stability for the side, while also maximizing their attacking output. It was tried by multiple other Premier League sides but none executed it quite like Conte’s Chelsea.

What The System Brought

Progression Of The Ball

Chelsea started the season with N’golo Kante starting as a lone 6, but had been used to progressing the ball through the middle via Cesc Fabregas.

The Spaniard was not involved at the beginning of the season, with Conte initially preferring the more mobile Oscar.

Chelsea could not progress the ball well due to the flatness of the midfield three. There was no one to connect the attack from one side of the pitch to the other as Nemanja Matic, Kante and Oscar operated too deep.

Often the other team would have control in the middle. 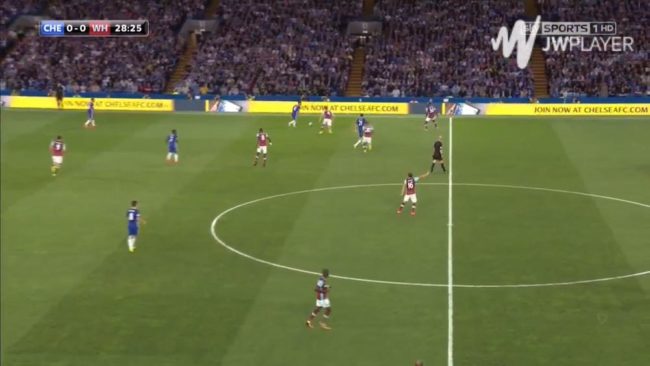 Changing shape allowed more progression of the ball through wide areas with Kante and Matic able to complete passing triangles with wing-backs, centre backs, and eventually the wingers. 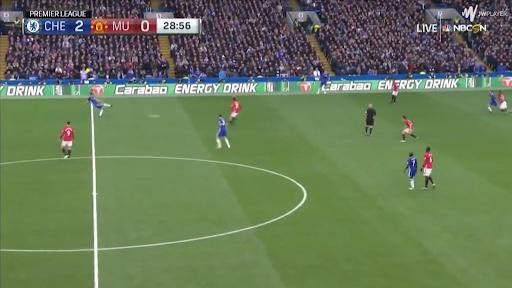 With Cesar Azpilicueta at right centre back, it allowed Chelsea to connect the play from one side of the pitch to the other, as Azpilicueta was comfortable moving into midfield positions to occupy space when the midfielders had shifted to the left. 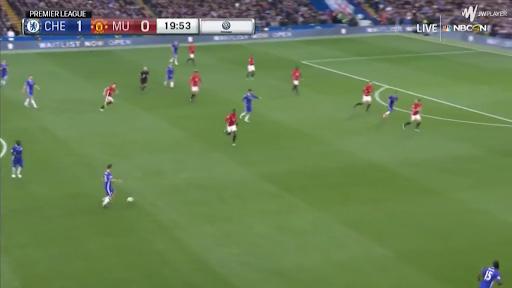 Before the change, in defence Chelsea often had a back four with the wingers also tracking the wide runs.

This was not effective as the wingers would not have the defensive capability to track runners into the box. 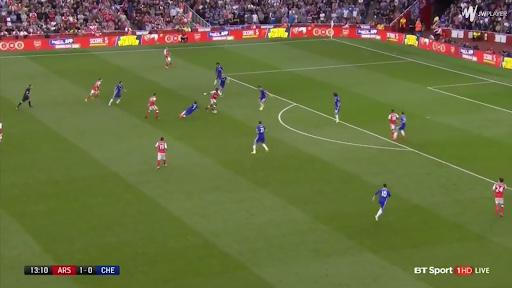 Chelsea had often been getting caught on the break at the beginning of the season, with Gary Cahill being isolated centrally on the ball and getting pickpocketed by attackers. This had led to goals for both Arsenal and Swansea in the early stages of the campaign.

The new system allowed Eden Hazard to not worry about tracking runs, as Marcos Alonso was operating on the left flank. Hazard was then able to find himself in more dangerous positions when Chelsea picked up the ball. This made Chelsea even more threatening on the counter-attack.

Adding an extra centre back meant that they would not be as vulnerable on a counter-attack, as there is an extra man and defenders would have more time on the ball. If one of the defenders gives possession away cheaply, there will be cover from two other centre backs.

As Chelsea previously attacked through a central playmaker, they had little attacking style in their first games of the season without Fabregas, but in the new system their focus was on width and the team had a clear style in attack.

It allowed Chelsea to overload the attack in certain situations. They pushed both wingbacks high which pushed the wingers inside, with Hazard and Pedro both comfortable coming inside.

This meant that, in attack, Conte’s Chelsea were in a 2-3-5 formation with Luiz or Azpilicueta pushing up into midfield areas.

This allowed wing-backs Alonso and Victor Moses to be picked out in space on the overlap. Chelsea used other third man runs, as shown with their third and fourth goals against Manchester United.

For their third, Hazard is allowed in behind the defence as Juan Mata and Chris Smalling are both concentrated on Kante on the ball. This makes it so Manchester United can be cut open with a pass from Matic. 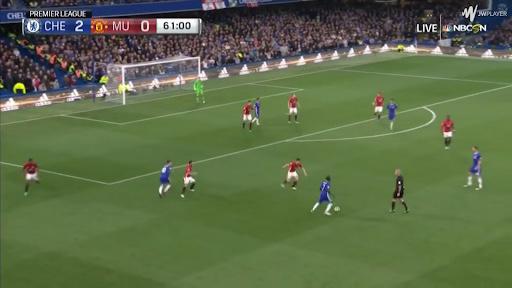 Many other sides tried using this formation – but Conte’s Chelsea were the benchmark in how to implement it. This is because of good management, but also the fact that the system was perfectly suited many of the Chelsea players.

David Luiz was much more comfortable operating from deep, without as much pressure on him. His great passing range could be utilised to the maximum with this formation.

The Brazilian averaged 4.8 long passes per game in the Premier League that season. He could drop deep and dictate the play in the middle of a back a three.

Alonso was signed and fit the role of the wingback perfectly. He has the engine and quality going forward but is also capable of tracking runners. In more recent years it has been shown that a wingback role suits Alonso much more than a traditional left-back role.

The modern game has made it more difficult for a team to only play with two midfielders as many teams operate with a three-man midfield.

With a prime N’golo Kante, Chelsea were able to get away with having two men in the middle. The Frenchman was putting in quality consistent performances, almost doing the work of two players. He averaged 3.6 tackles and 2.4 interceptions per game in the Premier League that season and meant Chelsea could get away with having a numerical disadvantage in midfield.

Most importantly, the system allowed Eden Hazard to flourish. The winger scored 16 goals and averaged 2.4 key passes per game in that campaign.

The Belgian was released of his defensive duties and had licence to roam around the field. Often drifting into the centre or to the right-hand side of the pitch to create overloads. His awareness and deft flicks suited the way the side played with third man runners getting onto the end of his neat passes or finishing off moves himself.

Hazard needed a great season and he had one, partly due to the system he was playing in.

Antonio Conte showed what a great manager he is with the implementation of his 3-4-3 at Chelsea.

They steamrolled the league and did so in style, winning 13 games in a row after introducing the system.

They are still the only team to win the Premier League with a back three as their primary formation.