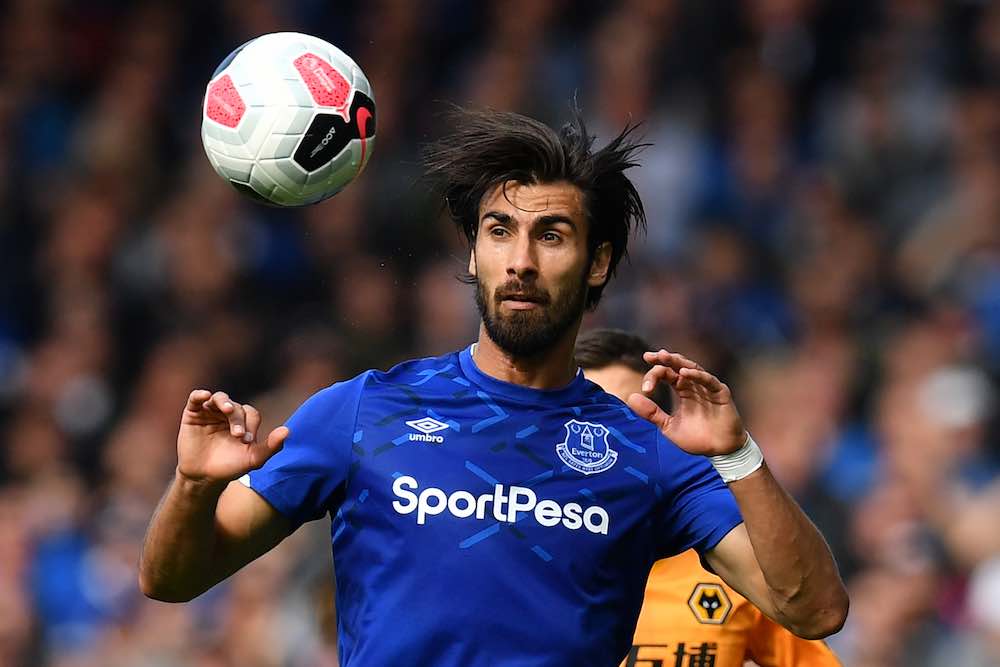 Since Andre Gomes joined Everton in August 2018, the Portuguese midfielder has managed just one goal and one assist in the Premier League.

Surprised? So were Everton fans, given his perceived importance to the Toffees and the high regard in which he’s held around Goodison Park.

However, whether it be through lockdown boredom or genuine concern, Evertonians have begun to question just how good Gomes actually is.

In 38 appearances for Everton in the Premier League which is essentially a full season, Andre Gomes has created ONE big chance (don’t really do assists as that is misleading) and played three through balls. Enjoy your day, twitter.

To build a defence for Gomes purely based on numbers would be a complete nightmare. Along with his one goal and one assist, his 12 chances created in 38 Premier League games so far presents a statistical conundrum.

Of course, it’s important to remember that football analytics goes so much further beyond raw statistics. Goals and assists are important, but there are other metrics to measure a player against, as well as the good old eye test.

To watch Gomes live in the flesh is to experience pure class. The 26-year-old exudes the stuff by the bucket load, often receiving the ball deep inside his own half surrounded by opposition attackers, before turning out with seemingly little to no effort and playing a simple pass to the next man forward having bypassed the press. Just like that, Everton have transitioned from defence to attack.

In fact, Gomes has completed 56 dribbles in the Premier League during his time on Merseyside – only Brazilian forwards Bernard (63) and Richarlison (86) have completed more, and Gomes has played 15 and 24 games fewer than those two respectively, due to injury. Not all stats are created equal.

Gomes is just as happy beating a man further forward, where play is a little more open, and it’s this ball-carrying ability – as well as his awareness to play adventurous and often risky passes out wide – that was on show for his goal against Wolves last season.

Gomes starts the move by switching the ball out wide to right-back Seamus Coleman, before adventuring forward and receiving the ball at the top of the box. The former Barcelona man drifts past the opposition with grace before hammering home in emphatic style.

Okay, sure, one pretty goal isn’t enough to build a case in favour of a player, but just as Jorginho’s ability to rotate possession at the base of the Chelsea midfield was crucial for Maurizio Sarri – without making waves in the goals or assists departments – Gomes’ calmness on the ball is of paramount importance when playing out from the back. He started that attack and has begun so many more for Everton without necessarily being around the box to see them finished.

What Gomes can bring to this Everton midfield was further illustrated earlier this season when he came on as a substitute against Arsenal in February, just 112 days since suffering that horrific ankle injury against Tottenham.

In just 30 minutes, he got himself on the ball, passed with confident authority and dictated the tempo as Everton battled their way back into the match, injecting a vibrancy that has been sorely lacking among his midfield partners at times this season.

In that half hour, he was more productive, energetic and forward thinking than any of his midfield colleagues have been since he last played.

They should be embarrassed. #EFC

So it’s quite obvious Gomes isn’t a No.10. Even when trying to argue beyond statistics, you can’t help but come back to that one solitary assist.

Trying to imagine him as an outright No. 6 is difficult, too. Gomes has made just 1.59 tackles per 90 minutes in the Premier League during his time with Everton and isn’t exactly known to go flying into 50-50 challenges.

However, where Gomes does excel defensively, just as he does in possession, is with his reading of the game. No outfield Everton player has made more ball recoveries per 90 in the Premier League than Gomes (8.14) since his arrival.

The Portugal international possesses a highly craved tactical awareness to be in the right place at the right time, whether that be to receive a pass under pressure from his teammates or helping them break-up opposition attacks.

Statistically speaking, Gomes is nowhere near Everton’s best player and yes, those questioning why he doesn’t offer more in the final third are right to voice their concern.

“He’s adapted so well. He’s a very smart guy, a very social guy. I always liked him as a player so I’m so happy he’s at Everton.”

Simply watching Gomes play reveals intelligence and an ability to read the game, allowing him to knit everything together superbly. He makes those around him so much better, and keeps the Toffees ticking on and off the ball.

That alone makes him a key cog for Carlo Ancelotti’s Everton moving forward.