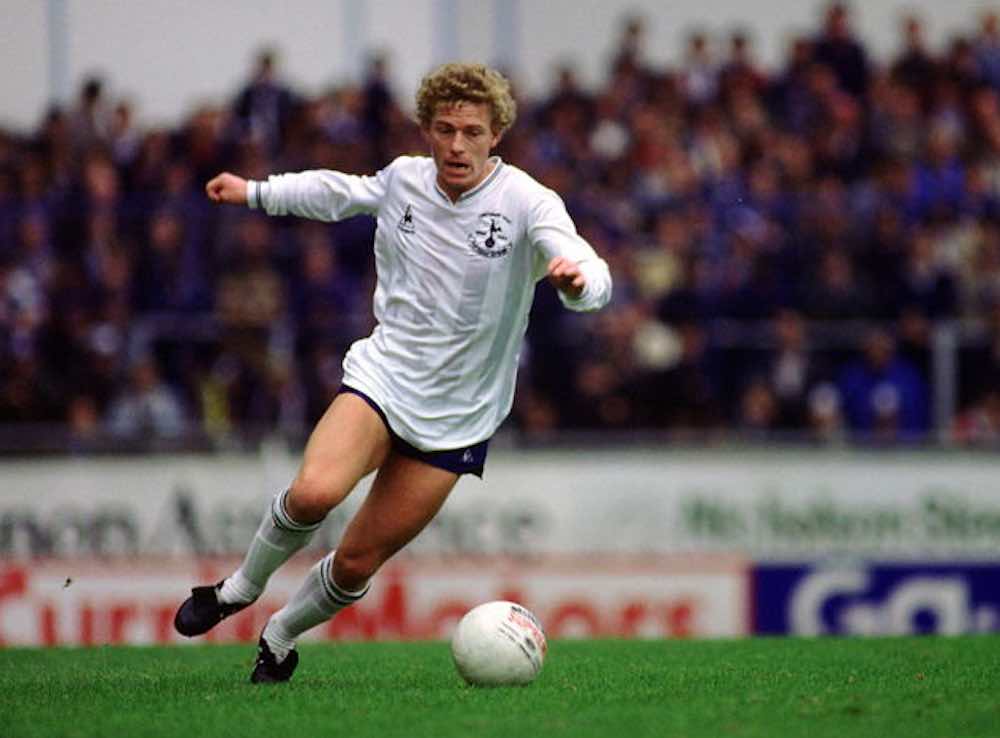 James Rowe spoke to former Tottenham, Chelsea, and Swindon midfielder Micky Hazard for WFi. They discussed his time with Tottenham, getting promoted with Swindon, and the best players he’s played with and against.

You retired in 1995. How are you enjoying retirement from professional football? Do you miss it and how do you believe the game has changed since your playing days?

“I don’t think any player that has played the game at the highest level would say they do not miss the game. I am one of these guys that I knew when I went into football that one day it would end and I would have to find another walk of life to live in.

“I knew that I was going to retire young and that I would have to find something else, so retirement never worried me. It was something to look forward to, and still with lots of involvement in the game itself.

“I am not one of these people that say the game is faster or quicker or anything like that. The game is fundamentally the same game today as it was back in 1882. There are two halves of the pitch, two 18 yard boxes, two penalty spots, and if you pass the ball from A to B and you finish your chances better than the opposition, you win the game.

“The thing that has changed is not the actual game itself because you cannot reinvent the wheel and do things that have never been done before in terms of shape and rotation. What has changed is the scientific and nutritional approach.

“There are better footballs these days, better pitches, too. Technology has also enabled better boots and there is a better understanding of the body and how it functions. Also, the mental side of the game has changed dramatically, but the game itself has not changed at all.

“It is still the game that I know and love, except that the advancements of being able to drag an extra five or ten per cent out of players fitness levels.”

You came through the youth setup at Tottenham Hotspur and went on to have two spells at the club during your professional career. What does the club mean to you?

“So that sums it up better than any words I can choose to say how much Tottenham Hotspur means to me. I always try to use that description because I think something that is passed down from generation to generation means that, whoever passed it down, what they were passing down must have meant an incredible amount to them.”

You played three seasons for Swindon Town. How do you look back on your time at the club and do you have any particular highlights or special memories?

“I look back on my time at Swindon Town incredibly fondly. It is a wonderful little football club with incredibly nice people who were part of the club at that time. Obviously Ossie Ardiles signed me and was my first manager there, Glenn Hoddle became my second manager there, and John Gorman was my third manager during my time at the club. All three were actually all former Spurs players, and players I actually played with, so it was a wonderful period of my life.

“Winning promotion to the Premier League was incredible. I look back on my time at the club with a lot of happy memories. Great people and great times.

“I suppose the one great achievement was gaining promotion to the Premier League for the first time in the history of the club.

“Ossie Ardiles achieved it previously but the club got demoted through a points deduction, so at that time they never actually got into the Premier League.

“I was part of the squad that achieved it under Glenn Hoddle and I had some wonderful times during my stay at the club.”

You accrued a lot of experience during your career and I can imagine you played alongside some great players. Could you say who were among the best players that you played with?

“Without any shadow of a doubt I have been fortunate to play with some unbelievable footballers: Jürgen Klinsmann, Teddy Sheringham, Ilie Dumitrescu, Gheorghe Popescu, Nicky Barmby, Darren Anderton, Gary Mabutt… I also played with the likes of Graham Roberts and Garth Crooks.

“So they were two wonderful footballers, and that is not taking away from the Klinsmanns and the Sheringhams and the people of that ilk that were top players, but Glenn and Ossie would rank right at the top of my list.” 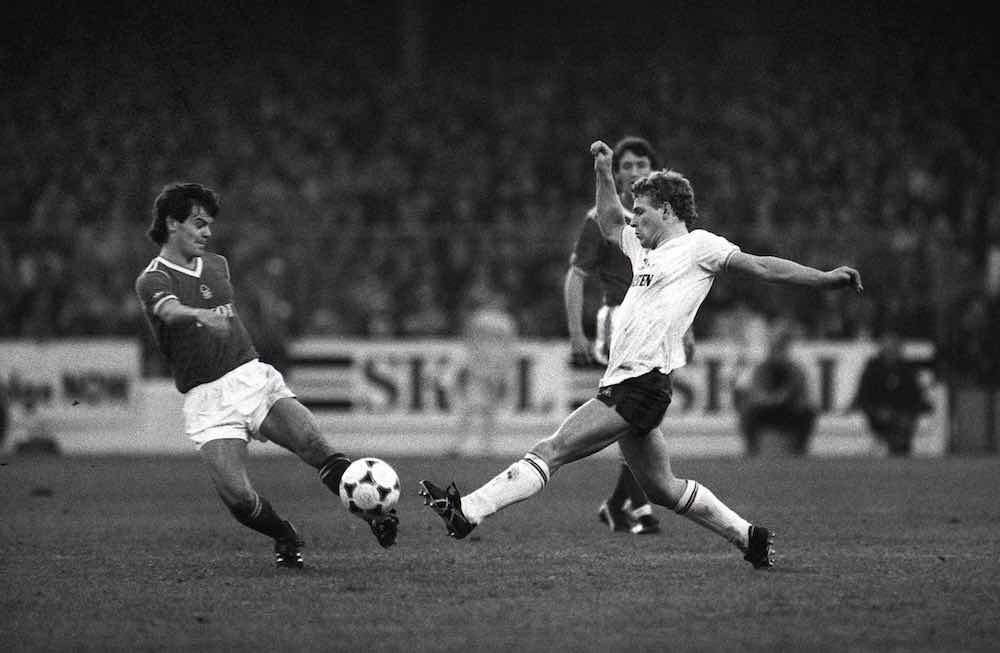 From your experience playing professional football, and the games you played in, are there opponents you faced that particularly stood out?

“Yes, I played against some unbelievable footballers. Emilio Butragueño of Real Madrid, and Karl-Heinz Rummenigge of Bayern Munich in European competition, and lots of very good players.

“If I was to pick British opponents, Paul Scholes and David Beckham — they were just wonderful footballers.

“Paul Scholes is one of my favourite footballers, and I think he is the best midfielder that England have produced in the last 25 years.

“It was a tragedy he retired from England because they wanted to play him out of position. For me, one of the very best.” 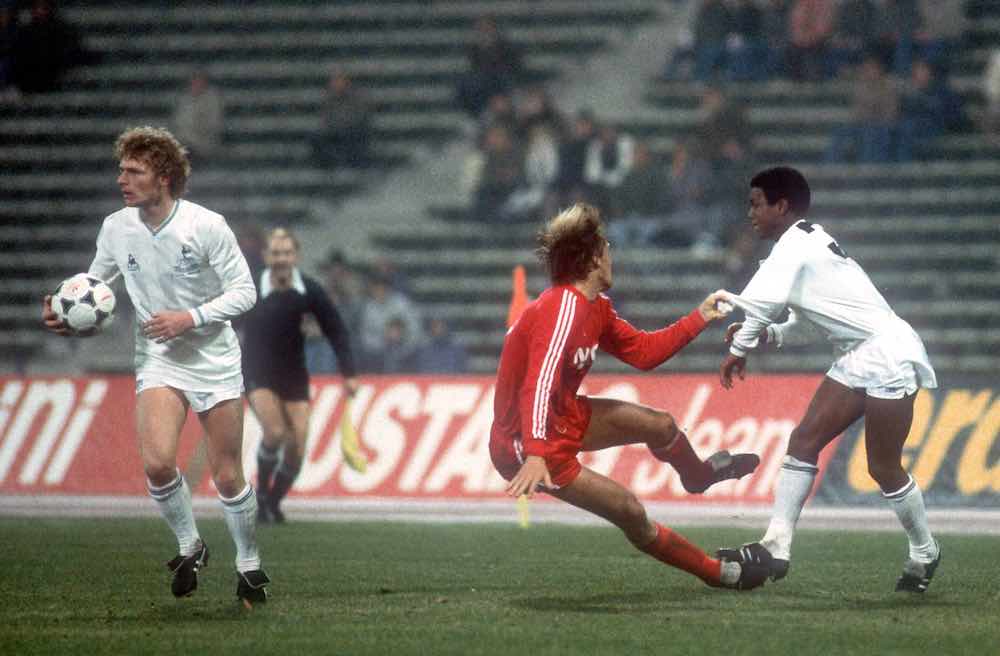 Finally, Micky, you mentioned having Ossie Ardiles as manager. When you look back on your career, who are the managers that have meant a lot to you and played a key role in your development?

“I am slightly biased because it would generally rank very much from my time at Spurs. Keith Burkinshaw originally was a massive influence of my career. He gave me the opportunity to play in the first team and we won three trophies — the FA Cup twice and the UEFA Cup.

“Keith was a genuinely nice guy. He was honest as the day is long and very down to earth. He was also very blunt and tell you like it is. He would not look you in the eye and lie to you. He also had an innate ability to surround himself with winners. He would sign players that were leaders out on the pitch which obviously would make his job a lot easier when it comes to picking the team and getting his team to perform.

“He had big characters on the pitch and he had a great skill in being able to arrange that. It is not something that just happens, it is something that has to be worked on, and you have to understand the character and the qualities of a player that you are signing. Keith was brilliant at that.

“His biggest attribute was that he was a lovely guy who you wanted to play for.

“Following on from that, Ossie Ardiles was not just an influence as a manager, but also as a player, where we spent years together.

“He is literally the biggest influence on my career, and also Glenn Hoddle was very much like Ossie in that respect.

“I played with Glenn as a player — an influence in being someone I looked to learn from.

“Those three managers I would pick as the most influential players that played a massive part in the way I played the game and imparted the most knowledge on my career.”