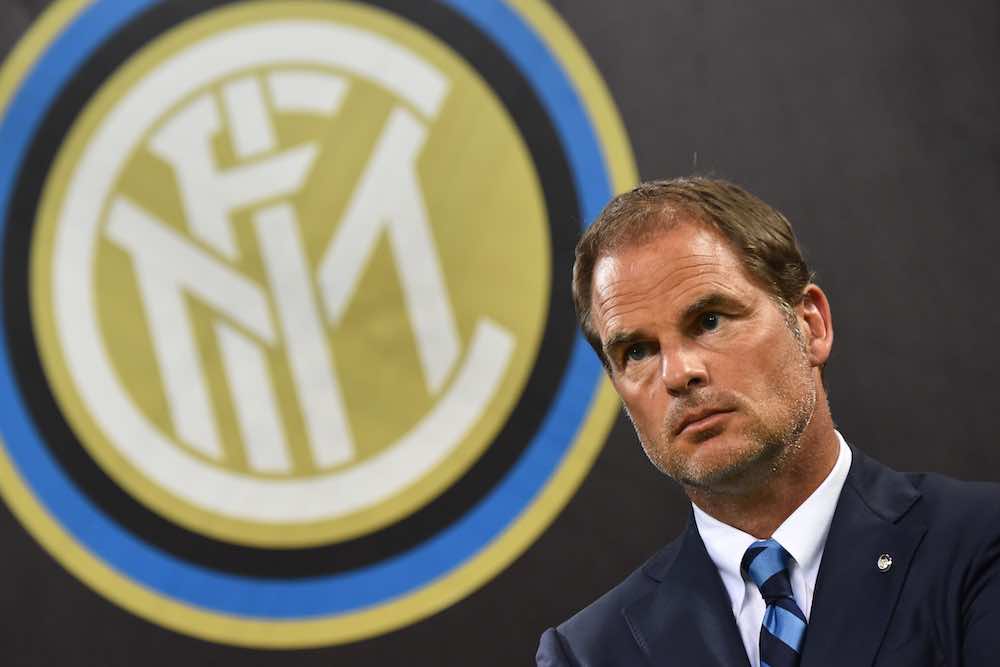 Several former Inter players have had harsh words for former manager Frank De Boer after a turbulent and short spell in charge at the Nerazzurri left a sour taste in many mouths.

De Boer signed for Inter at the start of the 2016/17 campaign, succeeding Roberto Mancini and signing a three-year contract, and despite a debut win during pre-season, his time at the black and blue side of Milan can’t be called anything but a failure.

After the club approved the two expensive signings of Joao Mario and Gabriel Barbosa, along with Turkish full-back Caner Erkin, it looked as though De Boer had stacked the depth he needed to bring Inter back towards the title-challenging end of the Serie A spectrum.

Nothing was further from the truth, however, as Gabriel was barely used and Joao Mario showed nothing but snippets of his Euro 2016 form that persuaded Inter’s to sign him for €40m.

A mixed start to the season involving a 2-0 away loss to Chievo on the opening fixture, and a disappointing 1-1 draw at home to Palermo, saw the red flags start to be raised early on in De Boer’s time at the club. Despite saving face with a hard-earned 2-1 win over Juventus, Inter would go on to lose against Roma, Cagliari, and Atalanta.

After also struggling in the Europa League, and a run of four defeats in five in Italy, De Boer was shown the door on the 1st of November, after a horrendously brief 85 days in charge of the 2010 treble winners. 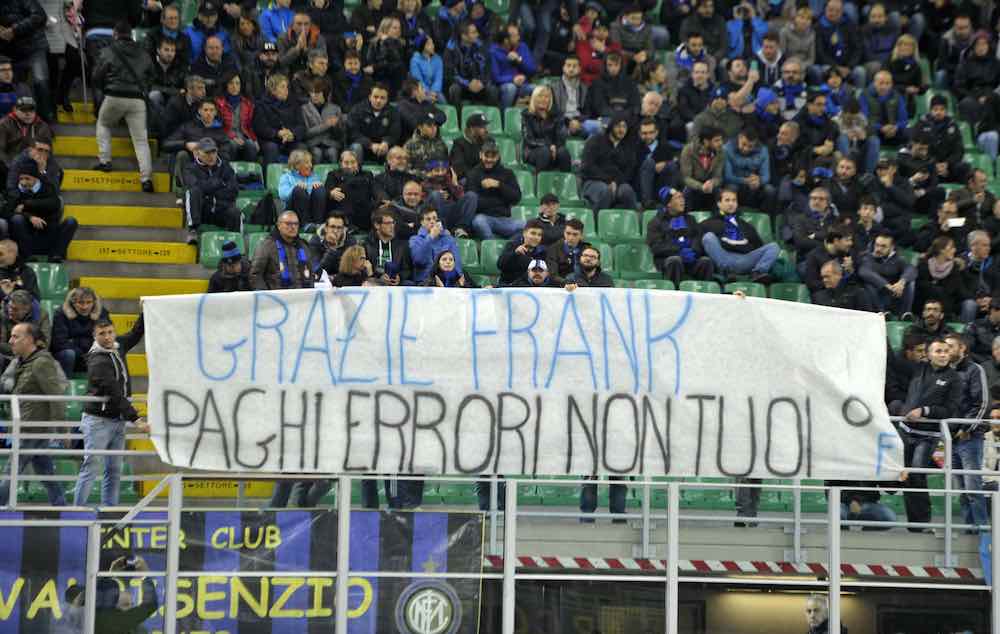 Inter fans with a banner thanking De Boer. “Thankyou Frank, you have paid the price, but the mistakes were not yours.”

De Boer argues that he needed more time to improve the already struggling Nerazzurri. After being replaced by former Lazio manager Stefano Pioli, De Boer took a swipe at the Inter board and management, stating that he lacked trust while he was in charge and that the group he was working with was sub-par.

“I was dealing with a rotten group but wasn’t allowed to throw out certain players,” said De Boer in May 2019.

“I perhaps should’ve pushed a bit harder, because if you want to create change, you have to get a lot done right away. Maybe I tried to be everyone’s friend and that just wasn’t possible.”

However, the most accurate reflection on the dutchman’s time in Milan can be cited in the attitudes and harsh words spoken by many of the members of his 2016 squad.

Jonathan Biabiany, the former Inter winger, went as far as to suggest that De Boaer was the “worst manager in Inter’s history,” when asked about his time under the former Ajax legend.

“It hurt me very much to hear from him that we were a rotten group,” Biabiany said in December 2019.

“I was not the only one who did not understand him because even those who played said they did not understand De Boer’s ideas and he always showed himself as being arrogant. In my opinion, he is the worst Inter manager in history.” 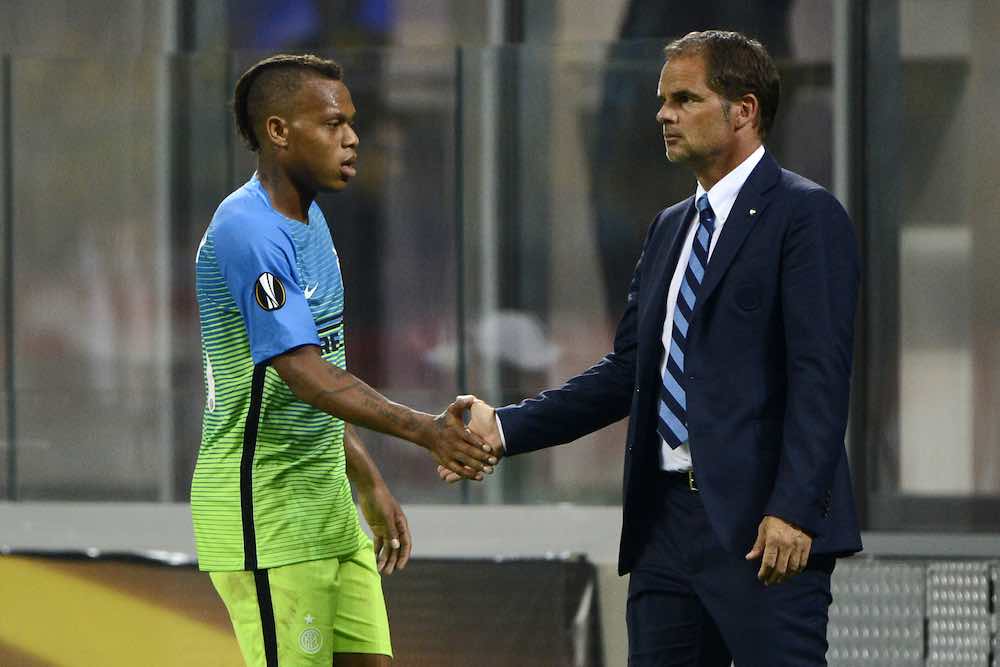 The thoughts were echoed recently by Turkish international Caner Erkhin, who sensationally joined Inter in July 2016 and didn’t make a single appearance, Erkhin backed up the statements made by Biabiany and added a little sauce of his own.

“He left me out as if I was some teenager promoted from the youth academy. The treatment I received from De Boer was disrespectful and he transformed the path of my career with his attitude.

“I never understood why De Boer treated me like that. I was never in his plans, from the first day he set foot in Italy.”

Caner went on to add that he wasn’t alone in feeling this way about the Dutch boss.

“Everyone knew what kind of person De Boer was, that’s why I still can’t figure out how he managed to reach a club like Inter,” Erkin continued.

“I agree with Jonathan Biabiany when he says De Boer was the worst coach in the history of Inter. It’s awful that all my dreams were shattered by a man who was only there for two-and-a-half months.”

It wasn’t only current players who felt like the relationship was the wrong one, with club legend and most capped player Javier ‘Il Capitano’ Zanetti reiterating this frustration at the club.

“Frank had always been extremely professional from day one but bad luck meant that things did not go well for him at Inter,” the Argentine said in 2018.

“This is always a difficult situation. In the end, we had to sack him but at the same time I hope that the decision does not affect the personal relationship, because Frank is a good guy and a great professional.

“Unfortunately for him the results did not turn out in his favour.”

De Boer went on to another short-lived spell, this time at Crystal Palace in England, before moving on to Major League Soccer side, Atlanta United.