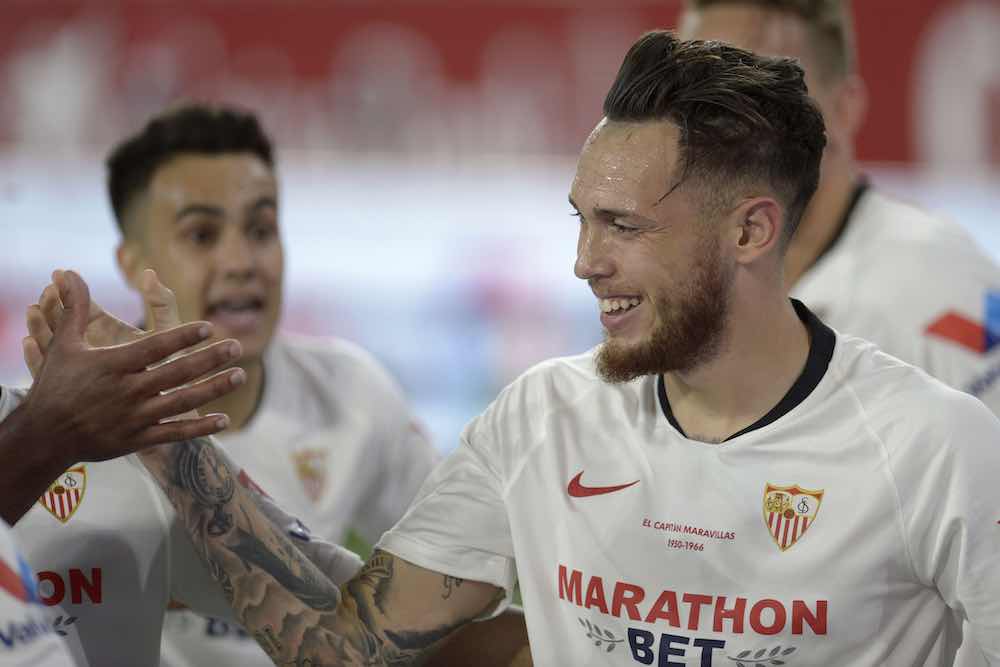 It has been over two months since a match was played in La Liga. On Thursday evening La Liga returned with one of the biggest games of them all, El Gran Derbi.

Sevilla welcomed Real Betis to the Ramon Sanchez Pizjuan Stadium and the hosts secured a 2-0 win in convincing fashion.

This derby had a much different feel as it would usually, and truly missed the fans.

The relative rarity of derby matches — normally played just twice in a season — means that when they do arrive they carry great significance.

The biggest element of these games are the fans. Thursday evening’s El Gran Derby behind closed doors had a much different feel due to the current circumstances and restrictions due to the Covid-19 pandemic. The fans cheering, singing the songs of their respective clubs, and displaying their usual choreography are aspects of the game which are truly missed in the current climate.

Aside from this, both teams delivered a great performance as each side continued to show their animosity towards each other. There were some sliding challenges which led to the occasional confrontation and created some intense moments.

However, it was Sevilla who put forth a better effort in this regard and were the much stronger side throughout the match, as the players did their part in creating a derby occasion, even though it is impossible to do so without the fans.

Sevilla Mark Nabir Fekir Out Of The Game

🇨🇵🤔 Nabil Fekir typified a frustrating Betis display, he never really got going – along with Alena and Tello – was nullified by Carlos-Kounde, the heart of a determined Sevilla backline. pic.twitter.com/zWnLYg9Cab

Betis have struggled with consistency this season and are currently not in a position to compete for a European qualification spot.

Aside from a mediocre season, their new signing Fekir has had a decent year in his first season with the club, providing seven goals and three assists.

Before the league came to a halt in March, Fekir showed good form and had collected contributed to goals in his past five La Liga outings.

He scored three goals and added two assists in that run of games, but failed to continue this form against Sevilla, who did a great job of taking him out of the game.

Fekir struggled to create chances in the final third as the opposition defence, led by Diego Carlos and Jules Koundé, did a great job of marking man-to-man, often doubling up, and limiting his opportunities.

The right-winger finished the game having ended his run of goal contributions. He struggled to control the ball given the attention he was getting from the Sevilla defence, who did a great job applying pressure on him when the ball came his way.

On numerous occasions, more than two players defended Fekir, which made it difficult for the Frenchman to create opportunities for his team. He was instead forced into making poor passes, turning the ball over, and was non-existent in the attacking third.

Sevilla came into this game in third place in the table, occupying one of Spain’s four Champions League spots, but were just one point ahead of Real Sociedad and Getafe.

Ocampos delivered a remarkable performance on Thursday evening to solidify his side’s position in the table and put pressure on their rivals. The attacking midfielder converted a penalty and assisted the second goal with an outstanding flick into the danger zone following a corner.

Ocampos showed great awareness as he positioned himself in front of the defender, directing the ball through the six-yard box to Fernando who headed home to secure the win.

The Argentine made an impact throughout the match, also making five tackles in defence on top of two key passes in attack to go with his goal and assist.

He made smart movements inside the opposition half to beat defenders and showed good pace which allowed him to separate himself from the opposition and create chances.

Ocampos has now scored five goals in his last five league games and has been a massive addition to Julen Lopetegui’s 4-3-3 formation this year. The winger currently leads his team with 11 goals in La Liga and has been a major factor in their recent success.

The win was pivotal as the club increased their lead to four points over Real Sociedad and Getafe, maintaining their third-place spot whatever happens in the other games.