Clattenburg On VAR After Sheffield United Error: ‘It’s A Flawed Mentality And A Flawed System’ 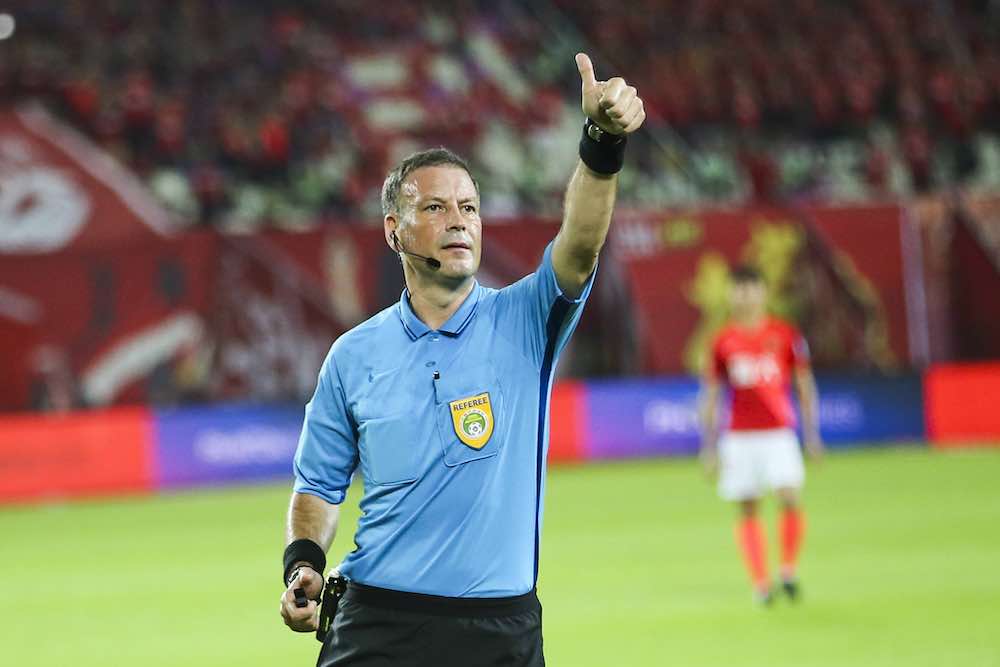 Ex-Premier League referee Mark Clattenburg has said that the use of VAR in the Aston Villa vs Sheffield United match highlights “a flawed mentality and a flawed system.”

Speaking to A Clear and Obvious Podcast, Clattenburg gave his take on the disallowed goal at Villa Park on Wednesday afternoon.

“Technology can fail, but we had a second backup which is VAR,” he said. “For the VAR not to check it, because it was believed the technology was working, is a flawed mentality and a flawed system.

“Just because there’s the technology in place, a human being should always check, and he should have checked that.”

The incident occurred just 42 minutes into the Wednesday’s 0-0 draw after Aston Villa goalkeeper Orjan Nyland bundled the ball seemingly over the line and into his own goal.

Subsequent replays show the ball clearly went into the Villa goal and Sheffield United should have gone 1-0 up.

After constantly checking his watch for an update, referee Michael Oliver was given no such signal to award the goal and the teams stayed level for the remainder of the match.

“It’s a decision that could affect Sheffield United’s chances of playing in Europe,” added Clattenburg.

“It’s one point closer for Aston Villa getting out of relegation and overall, I think that it was a bad day for the PGMOL and for the VAR system.” 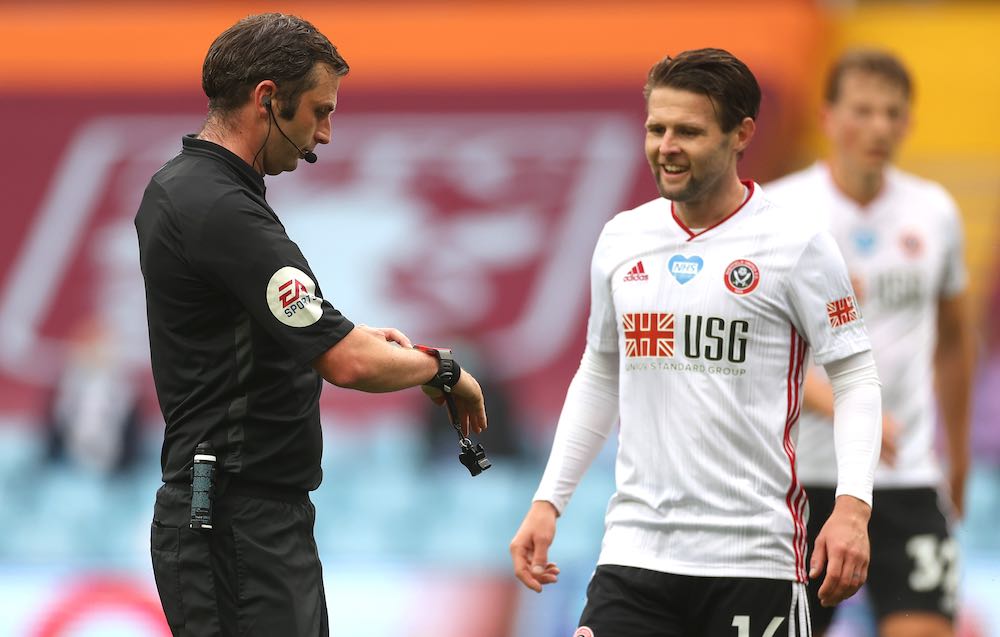 Referee Michael Oliver checks his watch, awaiting a decision from the hawk-eye’s goal-line technology during the Premier League match between Aston Villa and Sheffield United at Villa Park.

Clattenburg, who refereed the 2016 Champions League final and nearly 300 Premier League games over his career, went onto talk about the extent of testing done on the Hawk-eye system.

“I find it strange because we did all these tests, ironically at Villa Park, to trial the system and see how it worked,” he said.

“We were doing all sorts; putting the balls up our jumpers, we were hiding the ball, pretending we’re a scrum. Just lots of different scenarios because we were trying to get it not to work. But it always worked.

“There were always some errors with it very early on. For example, you could push the side netting too much and I would think that the ball was inside the goal. But even that got solved very quickly.

“It had worked without any issues, until last night that is.”

You can subscribe to A Clear and Obvious Podcast on the usual podcast apps, and listen to the rest of the podcast here.