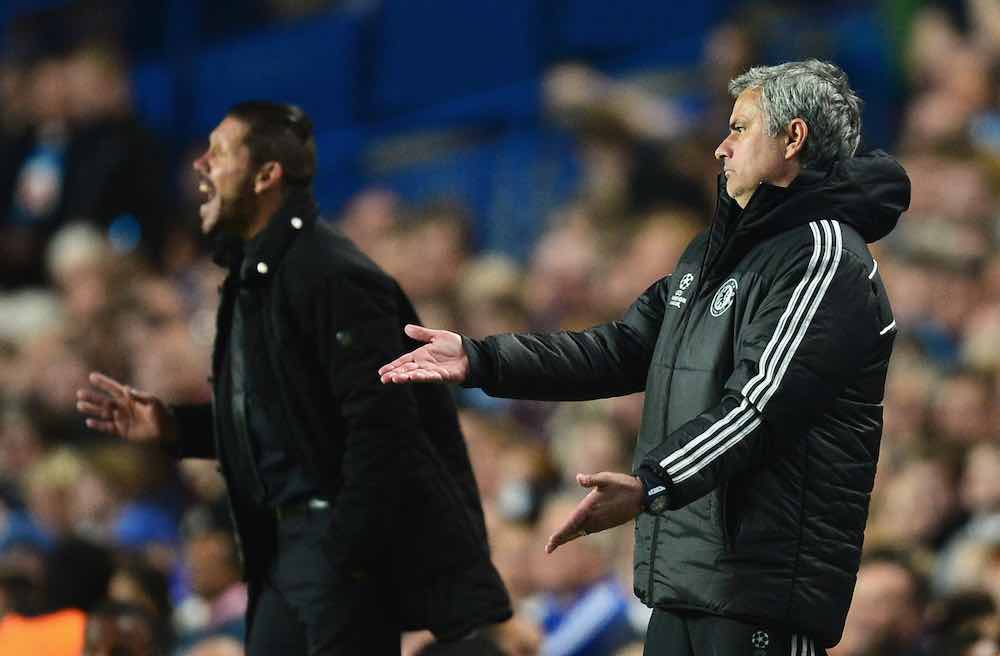 What Is A Low Block?

The low block is a defensive system where the players defend very deep in their own territory and restrict the space for opposition players to exploit. It is a more static form of defence, as there is not much movement compared to a team playing with high pressing intensity. Another term that Jose Mourinho coined for this system of play is ‘parking the bus’.

A low block is seen as a more inferior and boring tactic, but is very effective nonetheless. Unlike teams such as the sextuple winning FC Barcelona or World Cup-winning Spain, these teams do not dominate possession at all, and tend to have less than 50% possession on average.

Unlike the Gegenpressing or counter-pressing implemented by the likes of Jürgen Klopp, the teams do not press high up the pitch and counter-attack. Instead, they overload the key central areas, get the ball back, and counter-attack in numbers.

The two banks of 4 allow for a good foundation and defensive stability while the opponents are attacking. The two attackers in the 4-4-2 or the lone striker in the 4-1-4-1 remain further up the pitch to be ready for counter-attacking. The general positions of both formations are shown below. 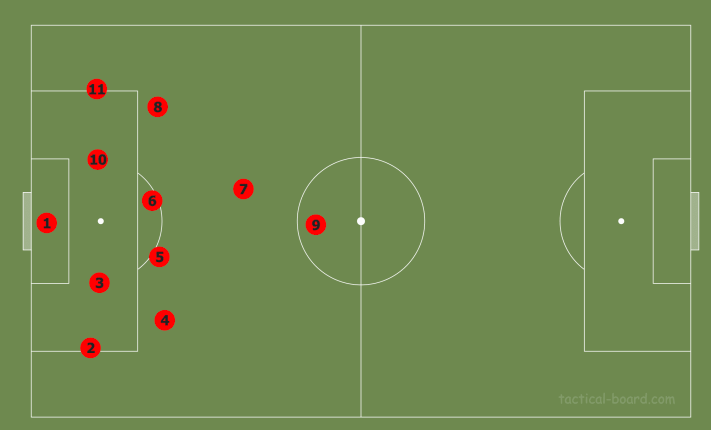 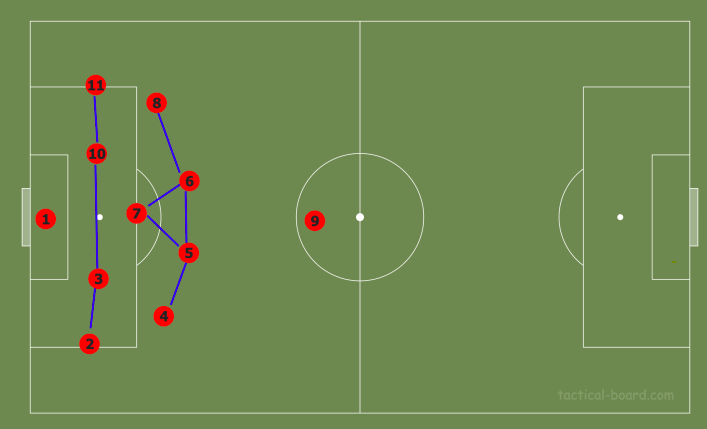 Under Diego Simeone, Atlético Madrid are one of the most famous teams that implement the low block. This system has brought them a lot of success, winning La Liga once and going to many Champions League finals in this decade alone.

Atlético’s main formation is a 4-4-2 or sometimes a 4-5-1 against very strong and creative opposition. This is how they generally look like while defending:

The two attackers near Jordan Henderson on the far left are waiting for the Liverpool players to lose the ball by either taking long shots, misplacing passes, or simply by getting tackled.

When this happens, they start running the opposite direction to make space for the counter-attack in the hope of creating a chance on goal at the other end.

That’s why most of Atlético’s goals this season come against the run of play. The set of four at the back generally stay closer together in the centre and play very aggressively.

The aggression of the centre-backs adds a lot to the game. The type of centre-back that Simeone looks for are big, heavy stoppers. The team does not rely much on ball-playing defenders but more on defenders that charge directly, win their aerial duels, and are adept at interceptions and blocks. An example of this would be former player Diego Godin or his successor José Gimenez.

Of course, while talking about the defence, we simply cannot forget the man between the sticks that keep this wall together: Jan Oblak.

His height gives him the advantage in set pieces and all aerial balls which allow him to catch the ball easily. Add this to his insane reflexes and immense shot-stopping ability and it is easy to see why he is the best goalkeeper in the world and what he adds to Atlético’s defensive stability.

How To Break Down The Block

Now that we have understood what the low block is, it is time to have a look at how to break it down.

There are two factors that can help break down the block: creative players and width.

In the first image above, the low block is not very wide. It takes up the centre and the half-spaces but not the wings, which is better illustrated below. 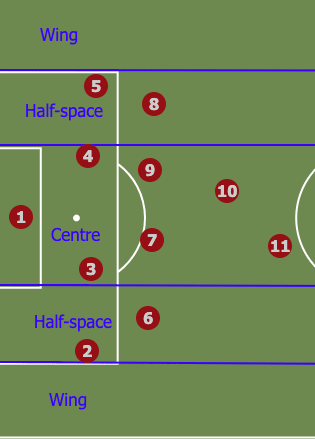 The key to breaking this down is ideally using a 4-2-3-1 with narrow attackers or a 4-3-3 with inside forwards that cut inside when needed.

The full-backs also need to be competent at attacking by making crosses, playing short passes, and be intelligent at making runs. When the full-backs bomb forward, the wide players of the team with the low block are attracted wide and are stretched out in both directions as the full-back and wide midfielders on both sides are drawn out to the flanks.

These overlapping wing-backs create width for the team, and the three attacking midfielders can cut inside and play narrowly as shown below. 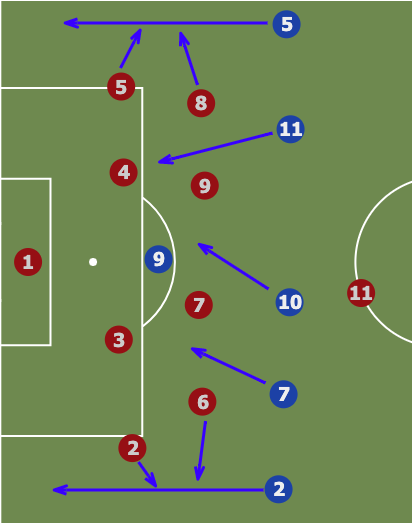 The blue team full-backs stretch out the red team’s wide players and create a lot of space centrally. The blue team’s attacking midfield three can now cut inside into space and attack the defenders and midfielders that remain central.

This is paired up with one of the other important skills to break down the low block: creative attacking midfielders.

Midfielders like Lionel Messi or Hakim Ziyech, who can break down a defence with a neat dribble or with line-breaking passes to the striker, are great in this regard. But as every team that faces a low-block does not have a player of that calibre, there is an alternative technique that is employed –short passes.

Playing short passes inside the box means that they can progress the ball around the pitch and get through the defence, as shown below. 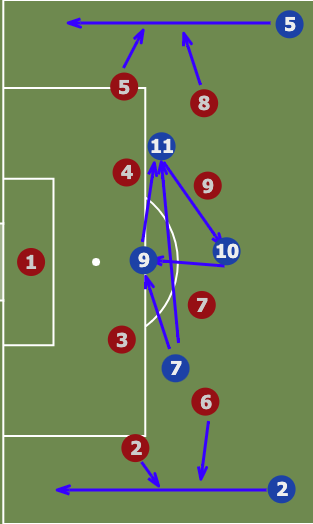 This progresses the ball to the box where the No. 9 can score or shoot from near the edge of the penalty box, being set up by the attacking midfielders who look to create a goalscoring opportunity.

Both executing a low block successfully, and breaking it down, is easier said than done, but this is just some of the theory behind breaking down the low block and scoring against an ultra-defensive team.