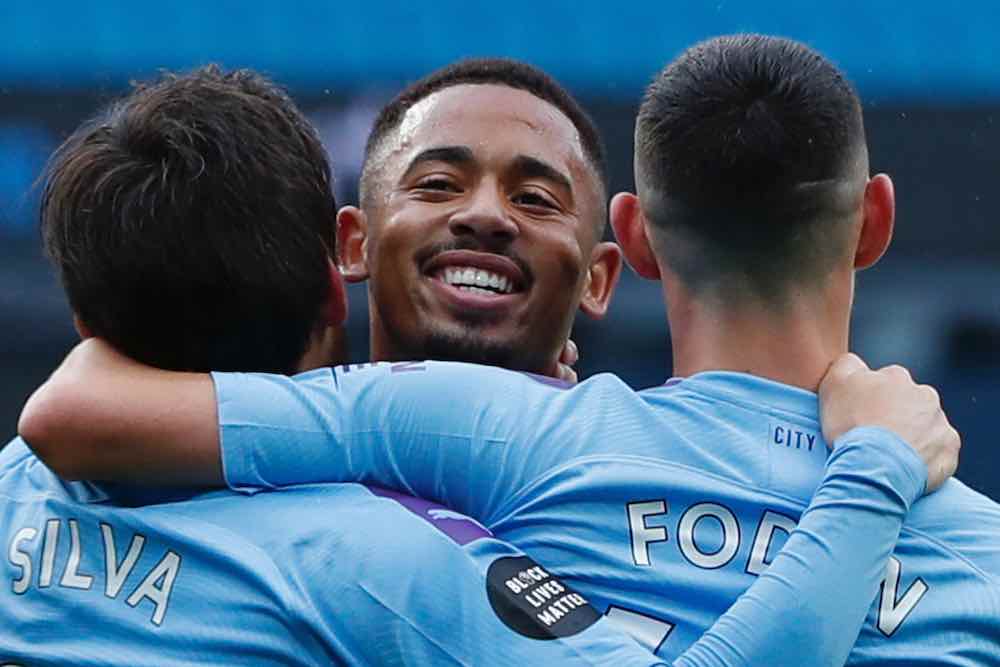 Manchester City’s Brazilian forward, 23-year-old Gabriel Jesus, was brought to the club as a potential replacement for the ageing Sergio Aguero. At 32 years of age, the Argentinia-born striker is already in the late autumn of his career. Although he is still scoring goals, time and tide wait for no man, especially given the fact that he has just undergone surgery on his injured knee.

The Citizens are due to face Real Madrid in the second leg of their Champions League last 16 match, where they hold a 2-1 lead from the first leg played in Madrid. Despite his impressive display against Brighton, Jesus has not been firing on all cylinders of late, and City need Aguero fit again to lead the charge when the match takes place on the 7th or 8th of August. It is, however, highly unlikely that he will be.

If the Sky Blues are to progress further in the competition, Pep Guardiola needs to motivate Jesus so that he can step up and meet the club’s and the fans’ expectations of him. Ex-City player Joleon Lescott said in an interview back in December that he felt a lot of Jesus’s problems were down to his young age and not coping well with the pressure under which he feels he is being put.

Following rumours of the Brazilian’s unhappiness, Inter Milan are said to be interested in signing Jesus as a possible replacement for Lautaro Martinez who has been linked with a potential move to Spanish giants Barcelona. Juventus also are said to be showing an interest in the 23-year-old to take over from the aging Gonzalo Higuain.

In the meantime, Pep Guardiola has a problem on his hands. Aguero is in the last year of his contract with Manchester City, and given his recent injury and his advancing years and what that means in terms of recovery, can he afford to let Jesus go? He may not yet have found his best form, but he has made 45 appearances in which he has scored 18 goals and made 11 assists.

Given the uncertainty with Aguero, he would not want to lose Jesus, and accordingly, City has put a £70-million price tag on his head. But to turn the corner with his young Brazilian star, Guardiola has got to get the forward motivated, Ne needs to help him to get his mojo back. A good showing against Real Madrid in the upcoming Champions League fixture would make all the difference.

With the Premier League title now done and dusted, the only ting City can hope for is to win the Champions League. It would bring back some pride for both the club and the players. Youngsters like Jesus, crave European football, worldwide recognition, and of course, trophies.

There can be no doubt that the game against Real is the most crucial fixture on City’s radar. Not only in terms of their pride now, but for next season’s prospects too. It could also be the making and breaking of Gabriel Jesus’s future in a Sky Blue shirt.