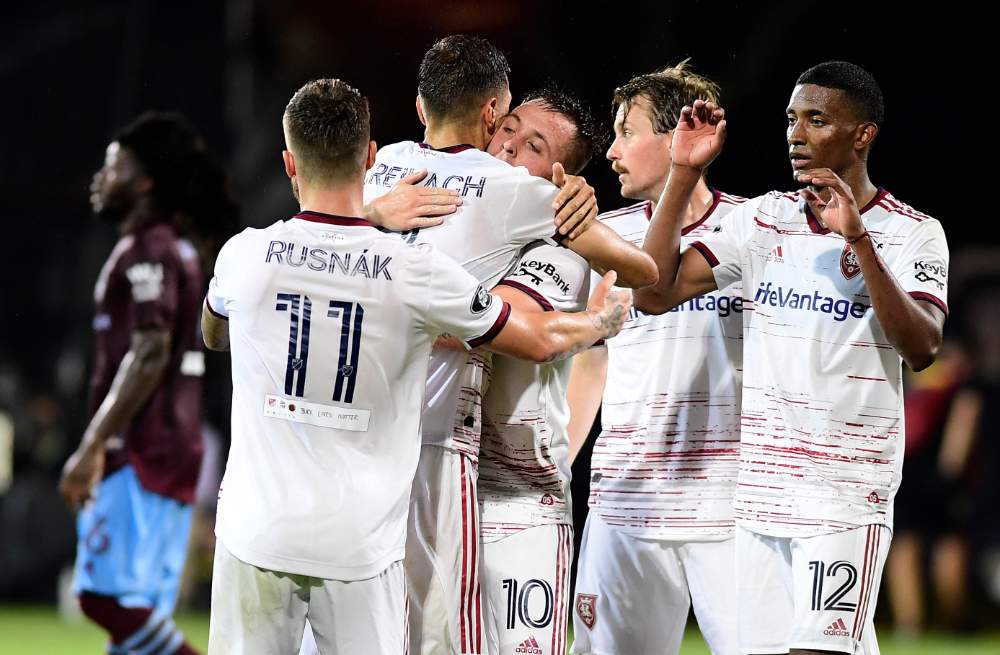 In a tournament where Real Salt Lake needed to make a statement after a lacklustre start to their regular season back in March, composure and competence on the ball saw them best their nearby rivals Colorado Rapids 2-0 on Sunday.

Salt Lake were content to keep their structure and maintain a narrow, rigid backline while using the likes of Kyle Beckerman and Everton Luiz, to snuff out any danger before it could materialize. The defensive midfield pairing were clinical in transition, which coupled with their defensive work allowed Douglas Martinez and company the freedom to focus on attacking phases of play.

The Colorado Rapids were the more intense team on the night and looked to have mustered a cohesive pressing style that has earned results for a few clubs in this tournament, but their chance creation and finishing will need improvement if they are to move forward to the next round.

Kei Kamara was often left stranded amidst a plethora of misplaced through balls and incisive yet wild crosses that didn’t leave the prolific frontman many options in terms of placing the ball on target. His compatriots in Andre Shinyashiki and Nicolas Benezet were ineffective and anonymous respectively on a night where Kellyn Acosta looked to be the biggest goal threat, running late into the box on several occasions.

Here are some things we learned from the match:

Back in 2012, the often-quotable Salomon Kalou stated in reference to the African Cup of Nations finalists Cote d’Ivoire that “our goals can come from anywhere.”

The most dangerous clubs around the world hold the same quality within their squad — whether it be from open play or dead ball situations, most of the players on the pitch have a way of putting the ball in the back of the net.

Thus far, however, we’ve learned that, after a long layoff due to the global pandemic, clubs participating in the MLS is Back Tournament really need their forwards to finish off chances. Every goal through Sunday has been scored by a forward or attacking midfielder.

While that may be an innocuous statement, what it means for participating clubs nearing their second match in the group stages is that quality chance creation is key to progressing any further in Orlando.

If goals aren’t coming from everywhere, then make sure they’re coming from those that get paid to make the back of the net bulge.

The match can be boiled down to how well Colorado and Real Salt Lake were able to complete that task. Albert Rusnak and Damir Kreilach were prepared to put their goal-scoring opportunities into the back of the net when they were presented.

Admittedly, Rusnak’s opener was gifted to him after Rapids goalkeeper Clint Irwin swatted a Douglas Martinez shot back towards the penalty spot, but the Slovakia international took his chance when presented. Kreilach’s low driven ball from 22 yards found the bottom corner despite having just 10% probability of finding the net according to Infogol, but it doubled Salt Lake’s lead nonetheless.

On the other hand, Kamara was often left stranded and looked more likely to create his best chance by pressing Zac MacMath in goal. As previously mentioned, his support was non-existent on Sunday — Shinyashiki squandered most of his opportunities to play a quality pass, and Benezet was rarely seen with the ball at his feet in the attacking third.

Winter acquisition Younes Namli spent most of his time trying and failing to find a way around Beckerman and Everton Luiz.

On a forgettable night for the Rapids, Clint Irwin did himself justice despite being culpable in both of Salt Lake’s goals.

The best way to make up for having a weak hand on Rusnak’s opener and not quite reacting in time for Kreilach shot from outside the box is having, one, done well to ensure that the scoreline wasn’t four or five-nil and, two, saving both a penalty and the subsequent follow-up attempt.

Irwin was never brought to Colorado with the intention of being first-choice — upon his arrival, Tim Howard was one of the first names on the teamsheet, and after the USMNT talisman retired, William Yarbrough was brought in on loan to deputise.

On this occasion, head coach Robin Fraser elected to go with Irwin between the posts, and despite the scoreline, he made a quality account of himself on the day.

Zac MacMath for Real Salt Lake was much less involved during the course of the match. His biggest contribution was consistently finding right-back Aaron Herrera open and available when being pressed by Kamara and company. His quality on the ball was an instigator for Salt Lake to employ their patient style of play on the day.

If Kyle Beckerman can do anything, it is being a nuisance.

At 38 years old, he shouldn’t have the legs to chase down ranging attacking midfielders or burst forward for the odd dribble. Your legs are supposed to start going in your early 30s and continue on a downturn from there. 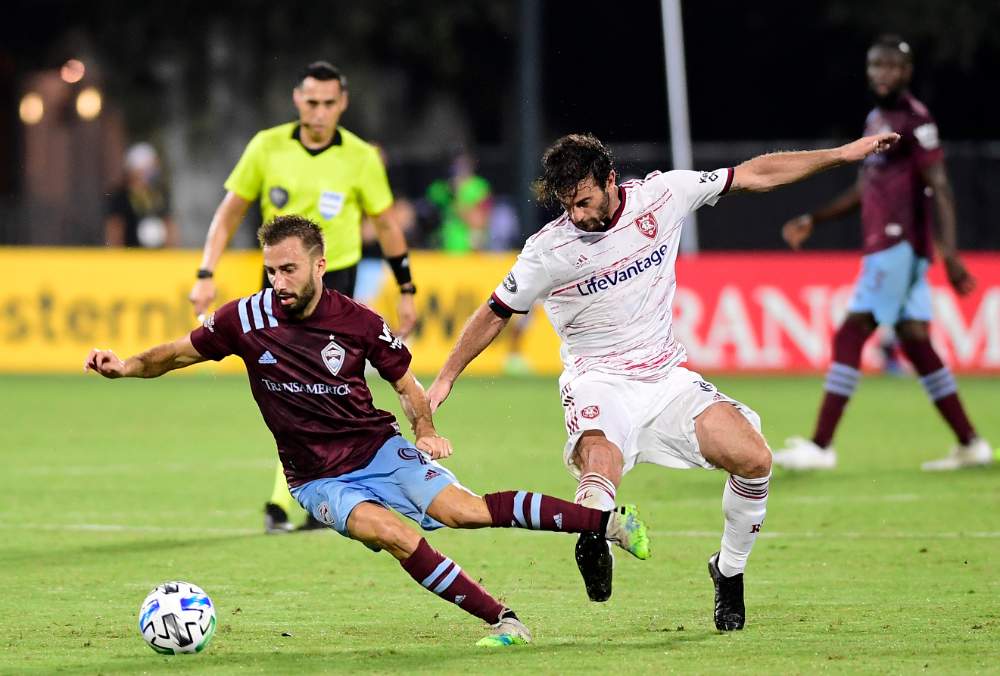 Perhaps the increase in aerodynamics from losing the dreadlocks helps the Crofton, Maryland native.

Beckerman was one of, if not the best player on the pitch, and he seems to have continued his positive relationship with Everton Luiz in securing the areas in front of his defensive line. Few Colorado attacks throughout the first 75 minutes of the match weren’t either fully stopped or at least redirected by the American and Brazilian.

As the match began to de-escalate into thumped balls forward, Beckerman both ensured that Kamara was properly suffocated of service and became a second presser out wide.

Composure was the key to three points for Real, and Beckerman provided the beacon for it to remain on display for the full ninety.

Real Salt Lake will look to continue their resurgence midweek against Minnesota United on July 18th.

Meanwhile, Colorado could capitalize on a demoralized Sporting Kansas City after dropping all the points in added time to the aforementioned Minnesota on the same day.