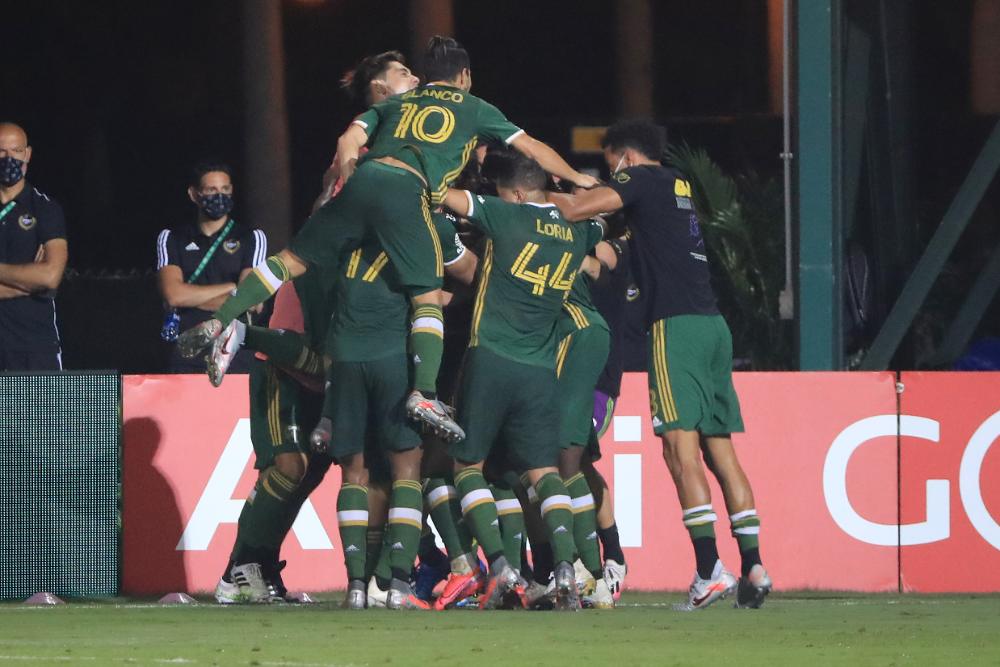 Portland Timbers sealed their first piece of silverware since 2015 with a 2-1 win over Orlando City in the MLS is Back tournament final on Tuesday night.

All the pre-match focus was understandably on the likes of Sebastian Blanco and Nani after some fine performances en-route to the final, but it was the Timbers’ centre-backs who delivered the goods on the night.

Larrys Mabiala opened the scoring midway through the first half, heading home a Diego Valeri free-kick at the far post, but that lead was soon wiped out when Mauricio Pereyra finished a Nani cross from close range in the 39th minute.

However, the Timbers’ other centre-back, Dario Zuparic, was on hand to fire home the winner inside the six-yard box in the 66th minute after some questionable set-piece defending from Orlando.

Still, Oscar Pareja will take plenty of positives from an incredible tournament performance, while the Timbers can now look forward to a first CONCACAF Champions League campaign since 2016 next season.

1. Centre-backs Deliver The Goods For The Timbers

All the talk ahead of Tuesday night’s match was surrounding the apparent shootout between Blanco and Nani for the MLS is Back MVP award and which of them — or indeed the likes of Valeri and Chris Mueller — would make the difference for their side.

While each influenced the game in their own unique way, it was the Portland Timbers’ centre-backs who surprisingly had the biggest say. 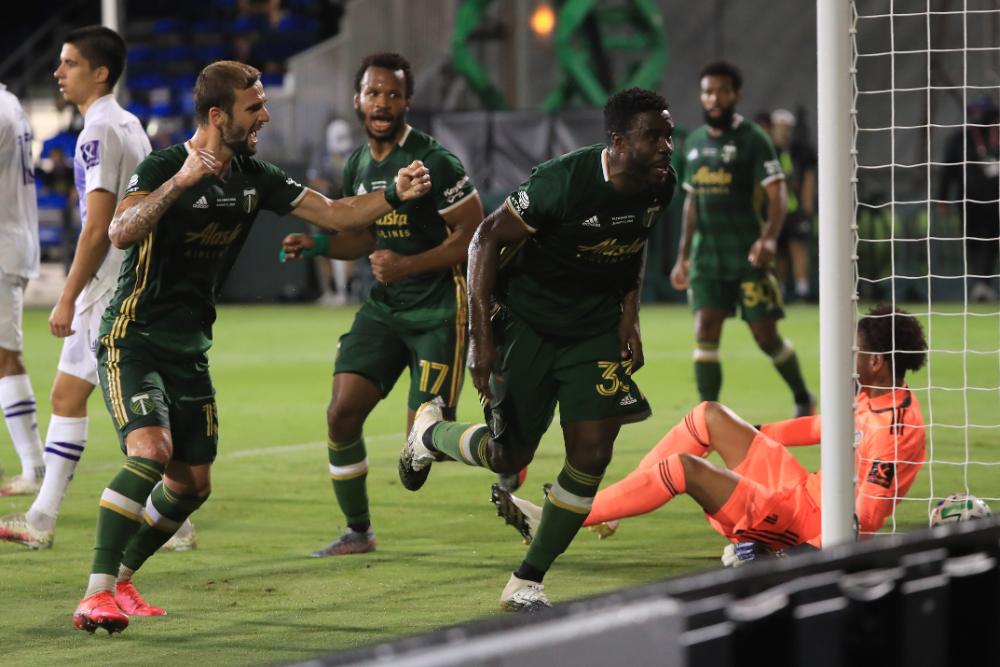 It was Mabiala crashing in at the back post to head home Valeri’s cross in the 27th minute, handing the Timbers the lead, while the DR Congo international made a huge block to deny Jhegson Mendez just after half-time.

And shortly after the hour mark, with Orlando having levelled things up, it was Mabiala’s partner Zuparic popping up inside the Lions’ six-yard box to fire the Timbers back ahead and, ultimately, deliver the MLS is Back title.

On a night where Orlando dominated possession and piled pressure upon Portland, it was the Timbers’ set-piece expertise which won out and Giovanni Savarese will no doubt be toasting to his centre-backs for providing the finishing touches.

2. Optimism Over Heartbreak For Orlando

Getting this close to a title and seeing it slip through your fingers is bound to hurt, but there is absolutely no doubting Orlando fans will come away from the MLS is Back tournament with an immense amount of pride in their side’s efforts, as well as optimism for the 2020 season.

Huge credit must go to Pareja for turning this side into a disjointed squad of individuals and underperformers into a genuinely organised unit with defensive solidity and attacking fluidity — one capable of going unbeaten to the final against the likes of NYCFC, Philadelphia Union and LAFC.

Antonio Carlos and Robin Jansson have forged a rock-solid centre-back partnership, Joao Moutinho and Ruan offer real pace on the flanks and Orlando’s midfield is about as dynamic as the club has ever seen in their MLS history.

Further forward, Mueller is starting to show his full potential, while Tesho Akindele has responded well to the lone-striker role assigned to him in recent games.

Of course, Nani knits everything together and is that stroke of genius any top side needs — just take a look at the way he burst past Chris Duvall to create space for the cross which led to Pereyra’s equaliser for proof of that.

It didn’t quite work out on the night but Pareja has given Orlando supporters real hope that they’ll no longer be one of the laughing stocks of MLS and that maybe they’ll even challenge for that coveted, elusive playoff spot in 2020.

3. You Can Always Count On ‘Timeless’ Valeri

Much was made during the off-season about Valeri’s contract situation. Would he remain with the Portland Timbers? What sort of deal would he get if so? Would he be satisfied with a bit-part role?

In the end, the Argentine remained at the club but rescinded his status as a Designated Player. However, on the evidence of the MLS is Back tournament, he’s still well worthy of that title, especially after a timeless performance in the final. 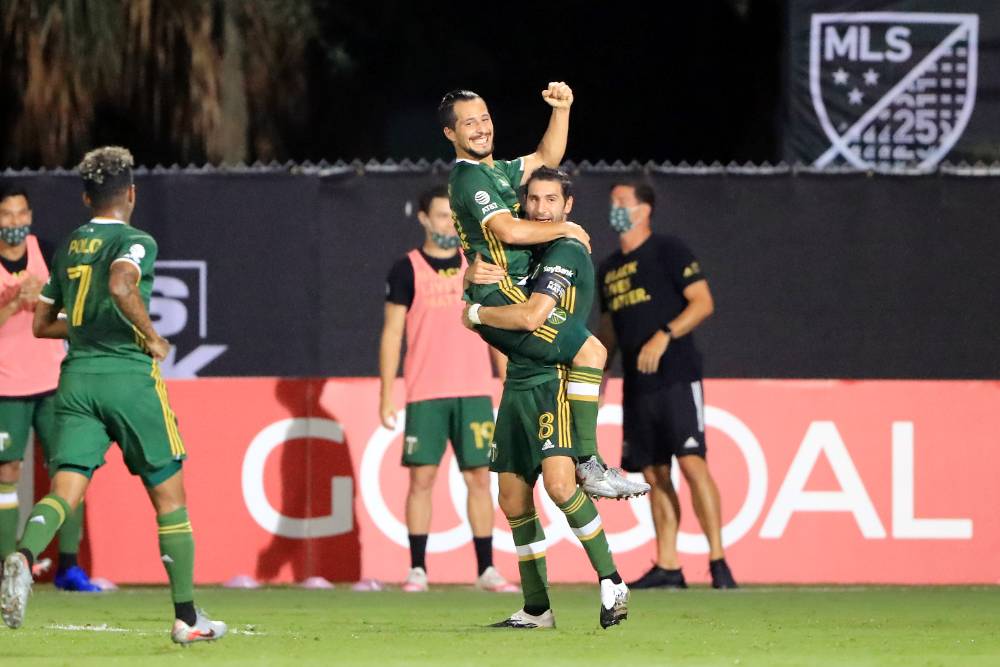 Valeri bagged two goals and an assist ahead of Tuesday’s game to fire the Timbers to the final and while all the pre-match focus was on Blanco, it was the man who has been with Portland since 2013 who pulled the strings.

It was Valeri’s set-piece delivery which found Mabiala at the back post for the opener — his 25th set-piece assist in MLS, more than any other player since he joined the league — while he expertly picked out the unmarked Eryk Williamson from a corner during the build-up to Zuparic’s winner.

25 – @DiegoDv8 has recorded 25 assists on set pieces in his @MLS career, four more than any other player since he joined the league in 2013. Platter.#MLSisBack pic.twitter.com/TALDS0N8Io

Valeri was constantly probing at the Orlando defence, attempting three dribbles on the night — completing two of them — playing no fewer than four key passes and completing 90% of his passes.

And despite being 34, Valeri completed the full 90 minutes and in an incredible demonstration of his longevity, was even spotted tearing forward on the counter-attack in the final minute of normal time, only being denied a goal by a fine save from Pedro Gallese.

Quite how long Valeri can keep this up for is anyone’s guess given his age, so, enjoy this MLS legend while you can.