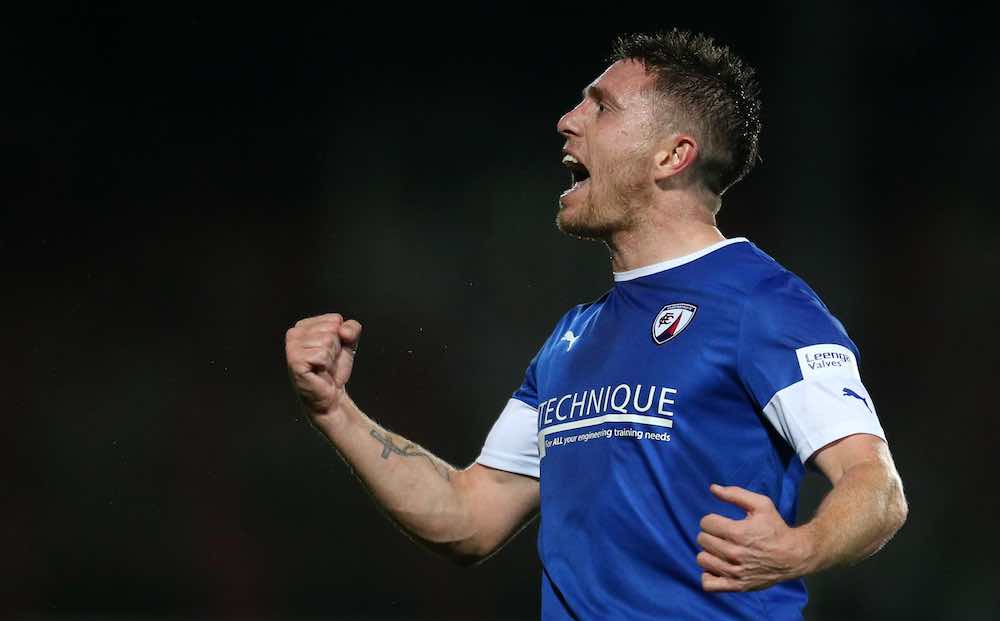 James Rowe spoke to Buxton FC midfielder Sam Wedgbury for WFi. They discussed his previous club Chesterfield, his time coming through the youth ranks at Sheffield United, playing and training alongside Gary Speed, and playing in Hungary for Ferencváros.

You signed for Chesterfield FC in 2018. How are you enjoying your time at the club so far and what do you believe is the strength of this Chesterfield team?*

“I am really enjoying my time at the club. It has been a bit of a turbulent time for me. I suffered a cruciate knee ligament injury in my first season which kept my out for the season.

“After coming back stronger and getting fit again the then manager John Sheridan told me I could leave the club then after eventually returning to the team a new manager came in, John Pemberton, and he told me that I am in his plans and that I will be involved again.

“Chesterfield is close to where I live in Sheffield, and it is a really good club. It was just unfortunate that we suffered back to back relegations a few years ago which has not helped the club.”

You came through the youth setup at Sheffield United and went on to be involved with the first team. How do you look back on your time at the club and did you learn anything in particular that stood you in good stead for your career as a professional footballer?

“Yes, to get the opportunity to play at a club like that was massive. During my last one or two years at the club, I was unfortunate not to get a chance to play in the first team. I was involved with squads travelling to matches.

“Sheffield United taught me standards for the rest of my career. How to prepare properly for matches how to eat right. Standards on how I train all the little details. That is what we were taught in the youth team at Sheffield United.

“We had coaches in Scott Sellars, Ron Reid, and Kevin Fogg, and we had quite a lot of discipline, in the right way, during my time in the academy.

“We had to make sure we trained our hardest day in and day out and I would say that being in that environment taught me how to be a man more than everything.” 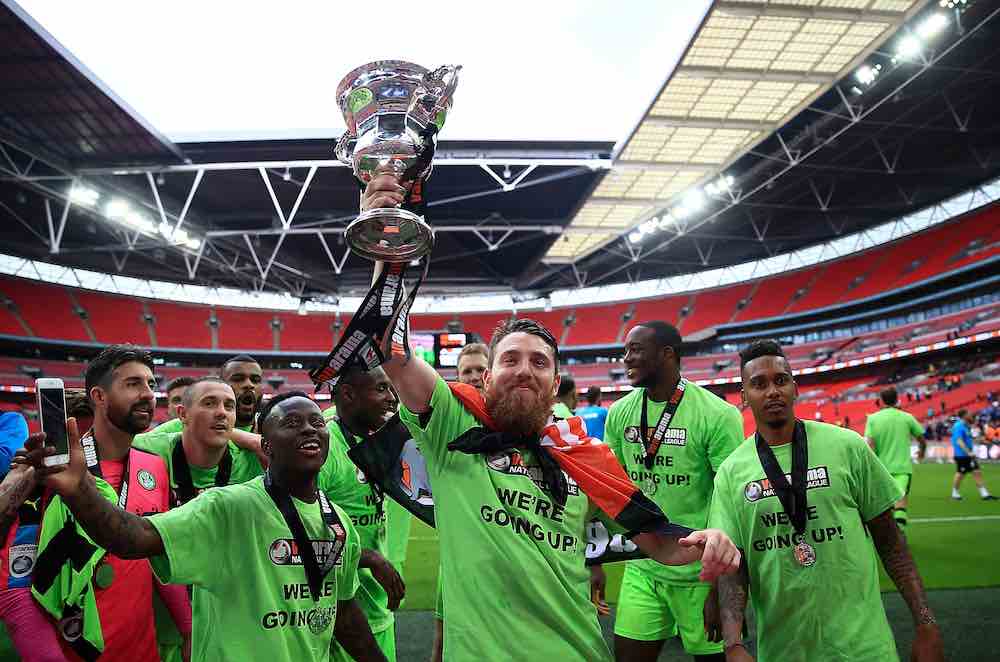 Sam Wedgbury at Forest Green during the Vanarama National League Play Off Final between Tranmere and Forest Green at Wembley Stadium on May 14, 2017 in London, England.

You had a loan spell with Ferencvaros, the biggest club in Hungarian football. How do you look back on your time at the club and do you have any special memories or highlights?

“It was such a great opportunity to go out there and play my football abroad. I knew a little bit about the club before I went there because being a West Bromwich Albion fan Zoltan Gera played for the club and he was a hero of mine.

“The opportunity came up because of the links that Sheffield United and Ferencvaros had. I did not realize how big the club was until I got out there. We would take 6000 fans to away matches and have 10,000 at home matches.

“At the time we were playing in the Hungarian first division and we won the league out there which was massive. My only regret is that I did not return to the club when I had the chance because I naively, but genuinely, felt at the time upon returning to Sheffield United that I had a chance to play in their first team.

“I loved my time in Hungary. Budapest is a beautiful city and it was great to have been a part of Ferencvaros.”

You have accrued a lot of experience at different levels in England and playing abroad in Hungary. could you say who are among the best players you have played alongside so far in your career?

“I have been so fortunate to play alongside such good professional players. It is such a hard question when somebody asks you because my youth team produced a lot of players.

“I always mention Gary Speed as I trained alongside him and played a few pre-season friendlies. He sticks out the most because of how he was. He was still an athlete at 40 years of age when he came to Sheffield United and everything he did was impressive in the way he conducted himself.

“He was just so clean living in everything that he did and that showed on the pitch he was fitter than everyone else on the pitch at 40 years of age. He took care in a nutritional sense and often arrived early to training.

“He was so good on the ball and is a player that really sticks out in my memory. His standards and discipline were just immaculate with a tremendous level of detail too.

“I was fortunate to be around him when his career was finished but he still did the important things as a professional footballer at 40 years of age.”

I can imagine in your experience as a midfielder that you have come up against many difficult opponents through the years. Are there any that stand out for you?

“I have played against some really good teams in the past. I would say from my FA Cup days at Macclesfield Town, we got to the 5th round of the FA Cup, and we played Bolton Wanderers when they were top eight in the Premier League.

“From my time at Stevenage, we played Everton in the Carling Cup and they had the likes Marouane Fellaini, Tim Cahill, Phill Jagielka and Sylvain Distin. They were then coached by David Moyes and ability-wise they were just on another level. Unbelievable and top six in the Premier League at the time and they absolutely passed us off the park.

“The most recent one I would say Sheffield United. We played them last pre-season. They were unbelievable and you can see what they have done this season. You look on paper, and not to be disrespectful to them, I looked at their team at the start of the season and I thought they were going to struggle, and this season they have just caught everyone by storm. They also have the lowest budget in the Premier League.

“It just goes to show what a tremendous job Chris Wilder is doing. He is creating something very special at Bramall Lane. Having watched 90% of their matches this season, they are either well in the game or on top in every Premier League just because of the way they play. It is great to see.”

Finally, Sam, you already mentioned coaches during your time at Sheffield United youth academy. Could you say who are the coaches and managers who have played a key development as a professional footballer?

“In terms of my development, the manager that gave me my chance was a manager named Gary Simpson at Macclesfield Town.

“I would also put Scott Sellars up there from my time at Sheffield United as the most influential. He spent a short time at Manchester City and he is now coaching Wolverhampton Wanderers [academy] team.

“As an ex-player who played in the Premier League, he made everything simple in your game but he expected you to be able to do it. Everything was simplified, but if you could not do it he would help work on things with you and give you time even after training. From the time I played under him, he was five years ahead of other coaches in his methods and now they have caught up a little bit.

“I had Scott Sellars as my youth team coach at Sheffield United for two seasons and he was incredible with such a great attention to detail how he brought young players on at the time. A lot of the players we produced have gone on to have great careers — the likes of Kyle Walker and Matt Lowton have gone on to play in the Premier League, and he coached them all at some point in their young careers.”