Will Andrea Pirlo Be The Zinedine Zidane Of Juventus? 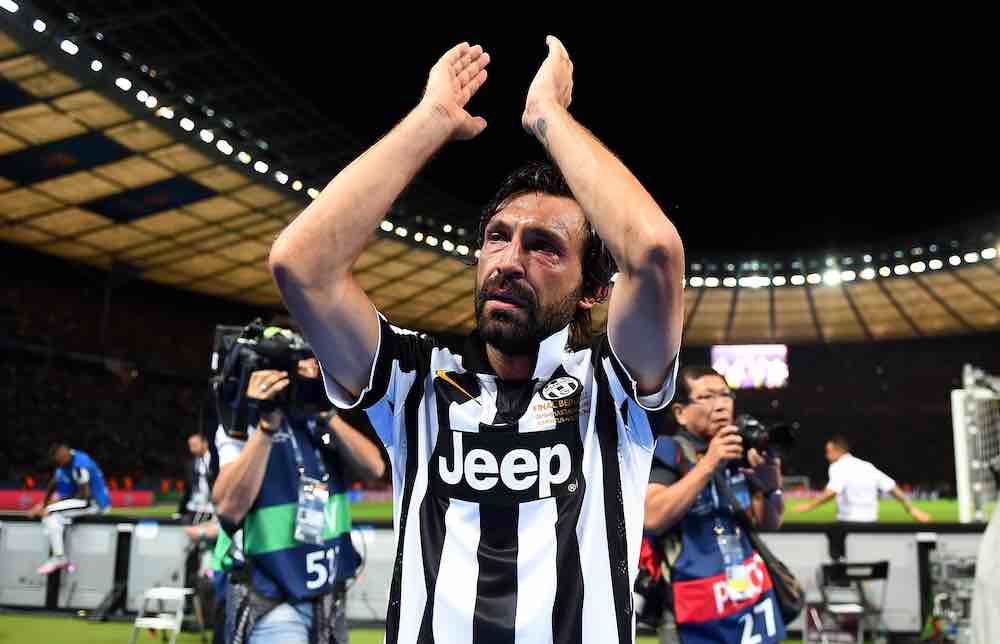 Andrea Pirlo is an Italian football legend, but he is no seasoned manager. Just shy of ten full days in charge of the Juventus U23 side, the 2006 World Cup winner has been hurled into the proverbial lion’s den with his appointment as the new manager of the Juventus first team.

His position is similar to Zinedine Zidane, the man whom he defeated to clinch Italy’s fourth World Cup crown. Zidane still had two years of experience in football management. He lead Real Madrid Castilla from 2014 to 2016 before assuming the mantle of managing the senior team.

What Pirlo lacks in managerial experience, he more than makes up for it with his wealth of football experience.

In a career spanning more than 22 years, Il Maestro has travelled far and wide, having spells at Brescia, Internazionale, AC Milan and Juventus, before moving to Major League Soccer with New York City.

We take a look at what the 41-year-old can add to Juventus. 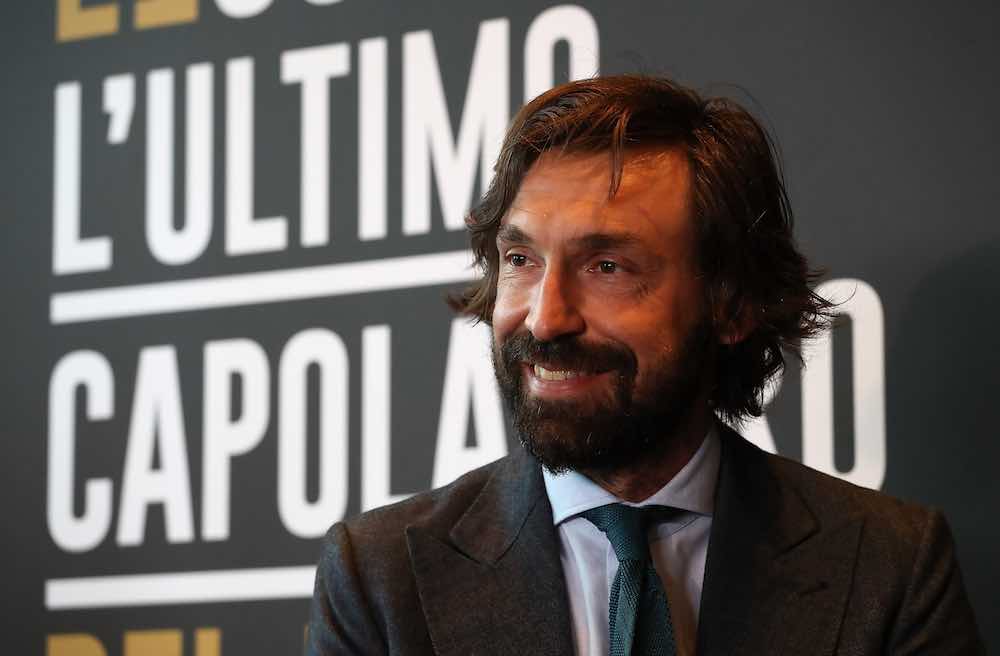 Juventus fans are still left scratching their heads wondering exactly what Maurizio Sarri had brought into the club from a tactical standpoint.

Under him, Juventus looked like a spent force. They were lacklustre from a creative standpoint and their passing lacked the smoothness and efficiency expected of the serial winners of Serie A.

Pirlo has been fortunate enough to have played under several good managers.

Under Marcelo Lippi, he played a pivotal role in the national team.

Under the great Carlo Ancelloti, he won the European Cup in 2007, extracting just revenge against Liverpool for ‘Crystanbul 2005.’

With Massimiliano Allegri, he reached the UEFA Champions League final in 2015 and almost repeated the feat.

Therefore, the former Rossoneri has had no shortage of mentors. He will surely have picked up enough through osmosis. Besides, what did he take that coaching license for?

Pirlo Will Rejuvenate the Midfield

Pirlo was the mainstay of an Italian midfield which also had the likes of Gennaro Gattuso, Mauro Camoranesi and Daniele De Rossi in it. He can certainly bring his experience into the Juventus locker room.

Now the question is, do Juventus need more experience in their already ageing squad? Perhaps they do.

Pirlo will rejuvenate the Bianconeri midfield.

We do not know what approach he will take, but it most definitely won’t be Sarriball.

Players such as Adrien Rabiot and Aaron Ramsey should benefit enormously. Also expect Rodrigo Bentancur to improve enormously from Pirlo’s tutelage. That is because Pirlo was a decent midfielder himself. 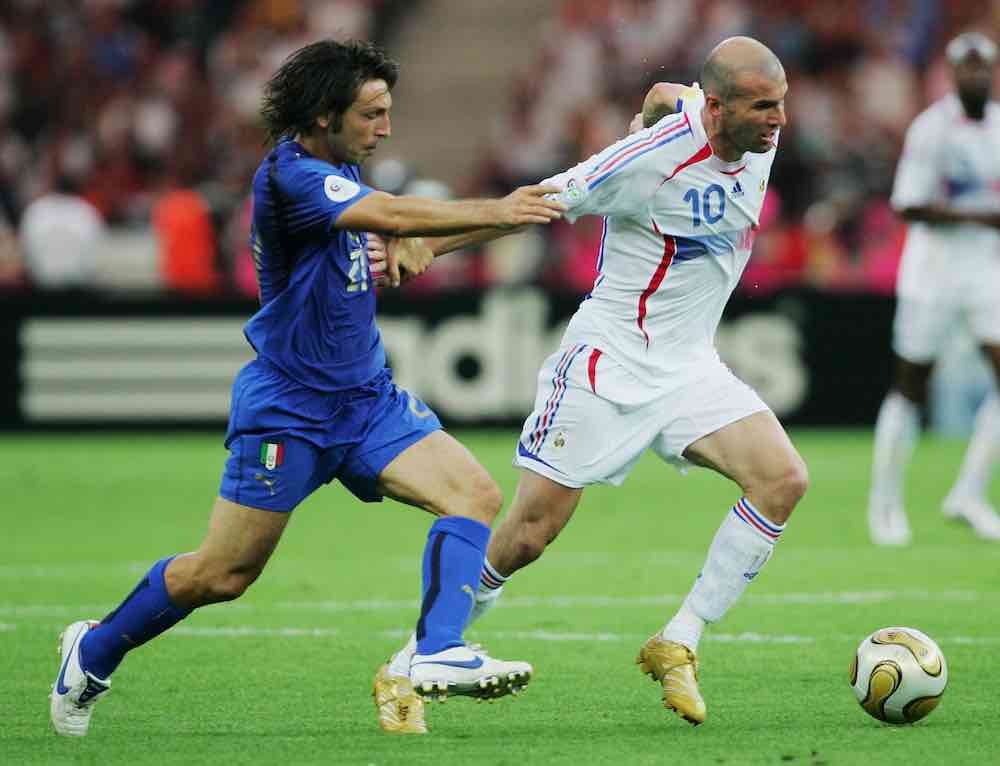 Perhaps Pirlo will take a leaf out of Zidane’s book. The latter has been showing the enormous powers of man-management for the last several years at the Bernabeu.

Zidane’s greatest challenge was to handle the massive egos of his Galacticos. However, he has done so well in that department that Cristiano Ronaldo praised his manager saying: “I think Zidane managed the group intelligently. It’s not an easy situation because all players want to play a lot. He did a very smart job, involved all the players and it was very beneficial.”

Like Zidane, Pirlo was also a captain. In many ways, he has always been a natural leader with his charisma and understated approach. He will definitely be a great man manager.

Besides, he has a good taste in wine! The players will love their toasts after incredible victories over Milan, or Bayern Munich in the Champions League.

Will Pirlo Be Successful at Juventus?

Success at Juventus effectively means winning in Europe. Juventus fans will not, and should not, care much if Pirlo is not as successful domestically as his predecessors.

Since the days of Antonio Conte, the Bianconeri have been winning one scudetto after another. The 2019/20 season saw them win their ninth, yes ninth consecutive Serie A title.

To be honest, they have had enough domestic success already.

Pirlo’s tenure and legacy at Juventus will ultimately be defined by whether he can deliver the UEFA Champions League trophy to the Old Lady of Turin.

His story could be similar to Zizou’s in this regard as well.

Although the former France international delivered three Champions League titles on the trot for Real Madrid, success in the league was hard to come by. He has since won only two La Liga titles, including the one he won this season.

Pirlo could write a similar story for Juventus. Imagine what this could do to the career of Cristiano Ronaldo? Could he add to his already incredible five Champions League crowns?

Juventus have become the Argentina of club football. Too many final appearances but very little to show for it.

It’s time Pirlo did something about it.

Loading...
Newer Post
Sam Wedgbury On Youth Football At Sheffield United And Playing For Ferencváros in Hungary
Older Post
Jozy Altidore: What Does Toronto FC Mean To The USMNT Star?