Shaun Goater: A Career In Kits 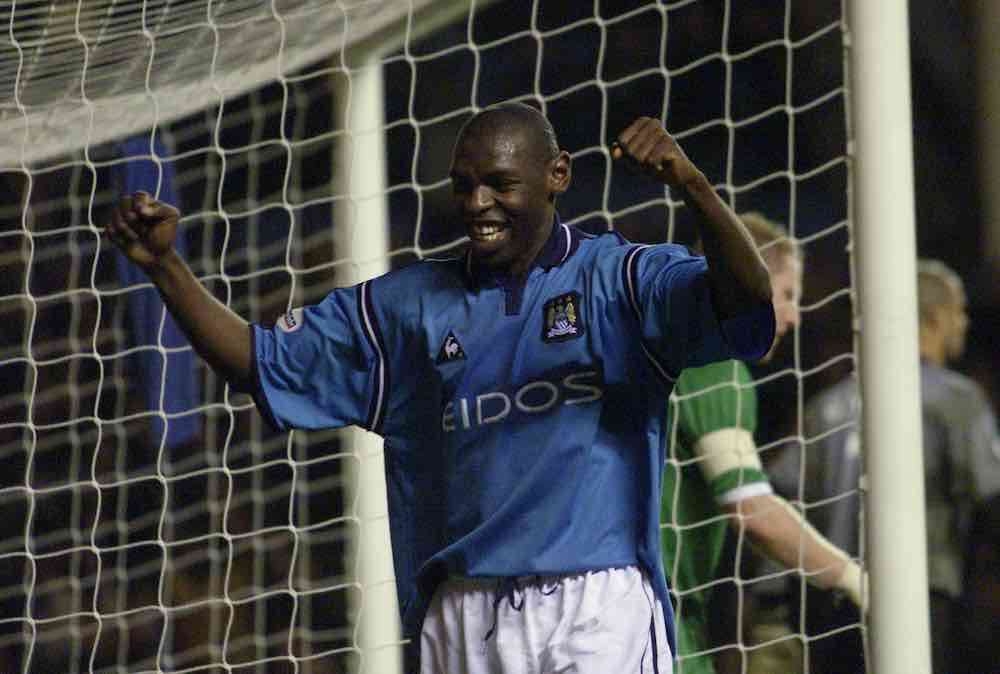 Shaun Goater enjoyed a great and varied football career for club and country, playing for sides including Manchester City, Rotherham, as well as his beloved Bermuda.

Throughout his career, he wore many brilliant kits as he scored goals for fun. Here’s a look at some of the iconic, and some of the less well-known kits he wore while doing so.

Goater started his professional career at Rotherham United in Division 3 (now League 1) and led the club as high as Division 2 in these brilliant kits, scoring 70 league goals across seven seasons and 209 games.

After a short spell with Notts County, Goater joined his third club — the red half of Bristol — scoring 40 goals in 75 league games which is one of the best records in his career. He did this playing in a couple of traditional Bristol City home kits. 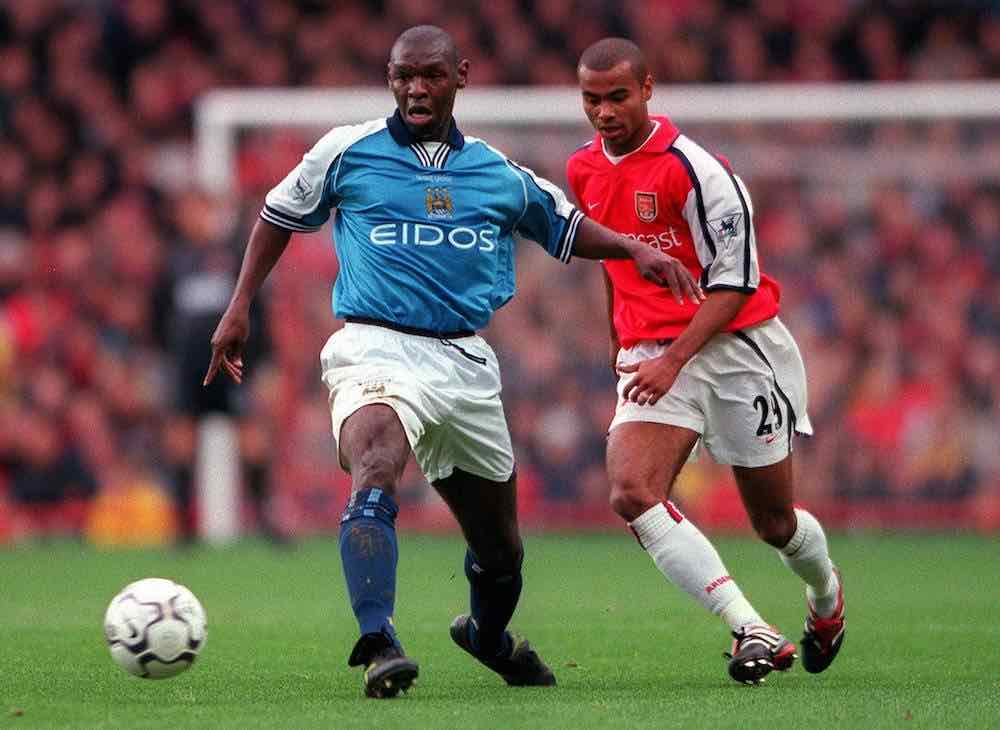 Arguably his best spell and his best-remembered, Goater was affectionately known by the Citizens faithful as ‘the Goat’ as they sang ‘feed the Goat and he will score’.

He scored 84 goals in 184 league games, including a memorable brace in the last Manchester derby at Maine Road.

Goater scored a respectable 12 in 43 games for the Royal Blues, in a classy hooped kit sponsored by Westcoast.

A brief and but fairly unsuccessful loan spell for Goater, who playing six games and failed to hit the back of the net, though he did get to don another classy and iconic sky blue shirt.

Next was Southend United, where he scored 11 goals in 34 league games — respectable for a 35-year-old.

Goater is famously from the Caribbean nation of Bermuda. He is adored in his home country thanks to his football exploits in Europe and for the Bermuda national team, for who he scored 32 goals in 36 games. 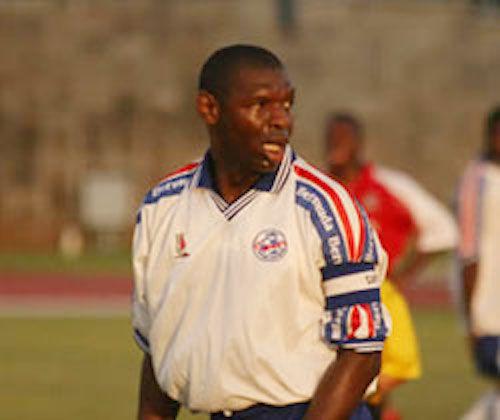