What Dark Truths Does The New Barcelona Away Kit Hide? 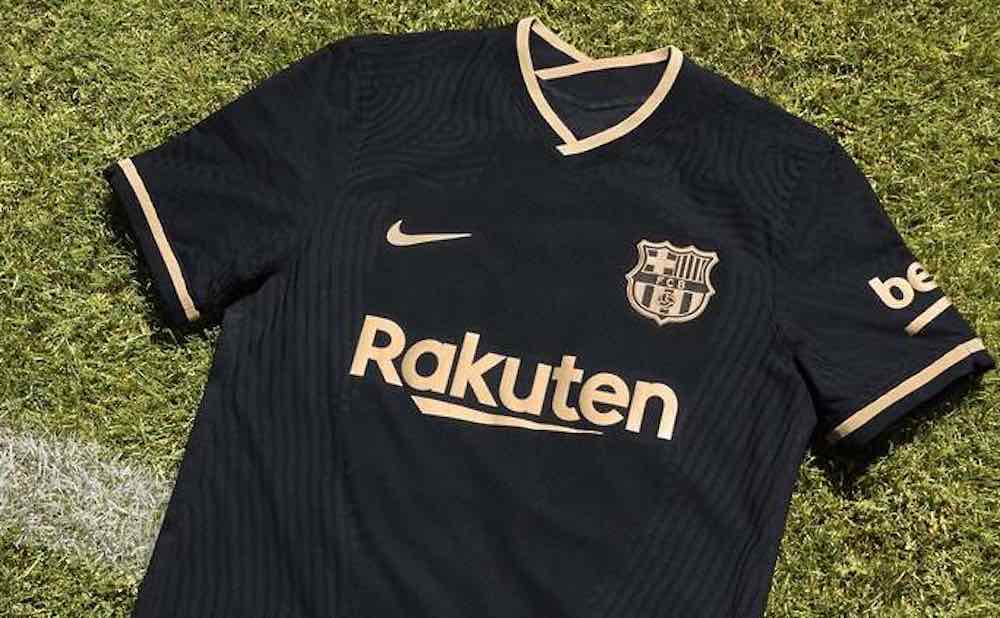 Barcelona recently unveiled their new kits for the 2020/21 season, creating quite a stir amongst the Blaugrana faithful.

The home jersey certainly has similarities with Barca’s 2010/11 shirt, the year in which Messi and company went on to conquer Europe at the Wembley Stadium.

However, it is the classy black away kit that has received special attention.

In their Instagram account, the club posted images of Lionel Messi and his colleagues donning the gorgeous black shirt. The post with Messi has received 3.2 million likes and more than 19,000 comments.

In the picture, Messi can be seen sporting his beard and looking on earnestly.

Although it all may look gorgeous on the surface, the picture with Messi is especially telling.

Now 33 years of age, the six-time Ballon d’Or winner is surely embarking on the twilight of his career. Gone are his 22-year-old days when he was just beginning to take the football world by storm, having already landed his first Ballon d’Or.

The dark jersey seems to symbolise the cloudy days ahead for the Blaugrana without their talismanic captain. The 2019/20 season has been difficult for the Catalans.

Messi’s astonishing contribution of 25 goals and 21 assists did not prove to be enough for the Camp Nou outfit, as their title rivals Real Madrid hardly skipped a beat.

With the myopic approach and gross mismanagement of president Josep Maria Bartomeu, the club’s financial situation is in tatters.

Reports have emerged that the 57-year-old has spent a billion pounds on the acquisition of 32 players since his ascendency as president in January 2014.

Most of these players have been flops, such as Philippe Coutinho, Antoine Griezmann, Andre Gomes, and even Ousmane Dembele. The Frenchman has spent what seems like the majority of his Barcelona tenure away from the game side-lined with injuries. 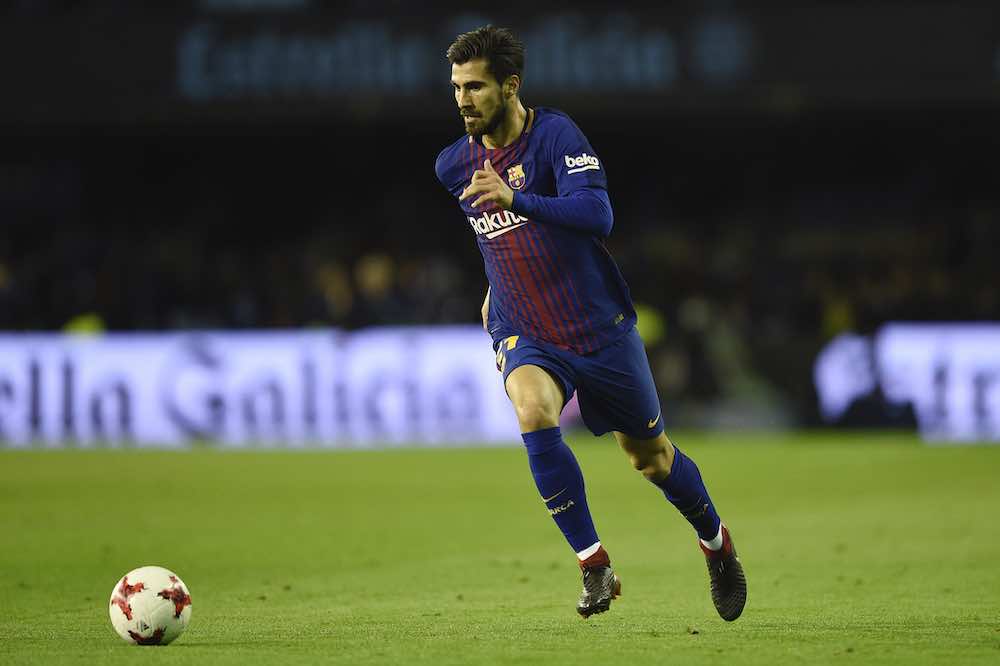 Young players such as Arthur Melo have been traded for older recruits to ‘balance the books.’ Other young La Masia graduates such as Carles Aleñá and Carles Perez have been sent away on loan. The former is at Real Betis, while the latter’s move has been made permanent by AS Roma, who were only too happy to add a talented 22-year-old winger into their ranks.

It is ironic that the shirt offers a perfect background for the Barcelona crest to shine, carved golden. But the club’s future looks far from bright or golden.

Presidential candidate Victor Font aims to address this issue for Barcelona. His rallying cry has been Si al Futur or ‘Yes to the Future’ in which he promises to usher the club into a new era.

He has already warned that Barcelona could end up becoming the next AC Milan or Manchester United if things are not changed soon at the club.

A good look at the Barcelona squad proves his point. Seven of the crucial first team players are on the wrong side of thirty.

Messi, Gerard Pique, Luis Suarez and Arturo Vidal are 33; Sergio Busquets and Ivan Rakitic are 32; and Jordi Alba is 31.

Others such as Antoine Griezmann is 29, PSG hero Sergi Roberto and goalkeeper Marc-Andre ter Stegen are 28. The German goalie’s understudy, Neto, is 31. Even Miralem Pjanic, the player Barcelona exchanged for Arthur, is 30 years old.

A complete overhaul will be needed very soon at the Camp Nou. 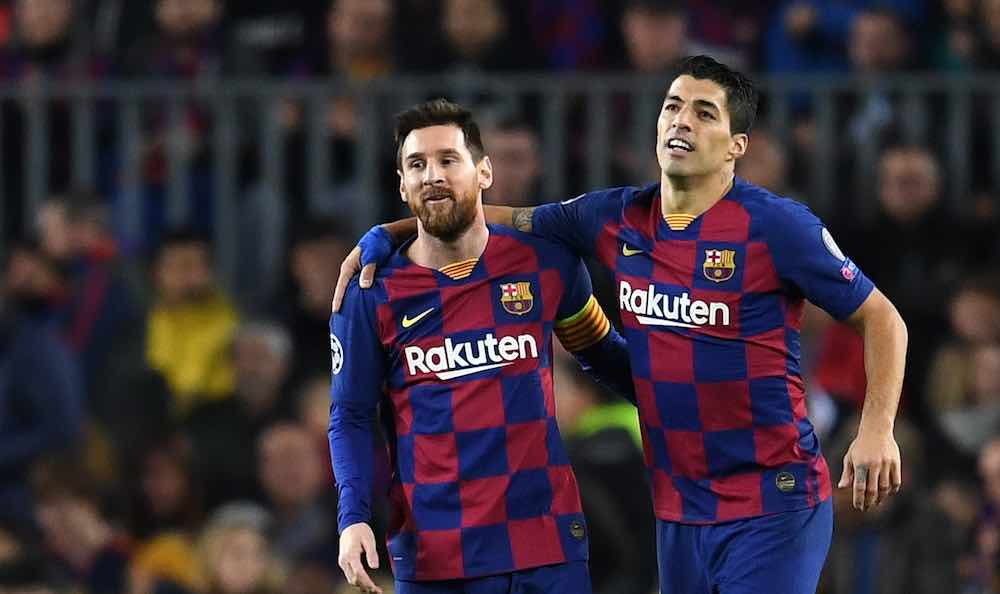 The photograph of Messi seems to be the most noteworthy because it is the Argentine genius who more than most personifies Barcelona’s glory days. There was a time when the Camp Nou locker room had the likes of Carles Puyol, Dani Alves, Xavi Hernandez, Andres Iniesta, and most recently his good friend Neymar.

Those days are now gone. The other veterans Busquets and Pique have noticeably declined.

Busquets has lost a yard or two of pace, and he is more susceptible to mistakes when nicking the ball back from younger, nimbler opponents.

Pique’s high-profile mistake against Celta Vigo arguably cost Barcelona the title, when his tired and clumsy challenge on Rafinha afforded Iago Aspas an opportunity to score the late free-kick equalizer.

We have been so accustomed to seeing these players perform impeccably at the top level that such mistakes stick to the mind. These memories fester and threaten to turn into ugly dollops of pus.

Barcelona fans might be enamoured with the new Nike product, but it has symbolic connotations that may not be pleasant to hear.

Darkness has quite literally crept into the Blaugrana ethos, and the away kit is the perfect, chilling reminder of just how low the club has fallen.