Correa Strike Earns A Point For Depleted Lazio vs Brugge 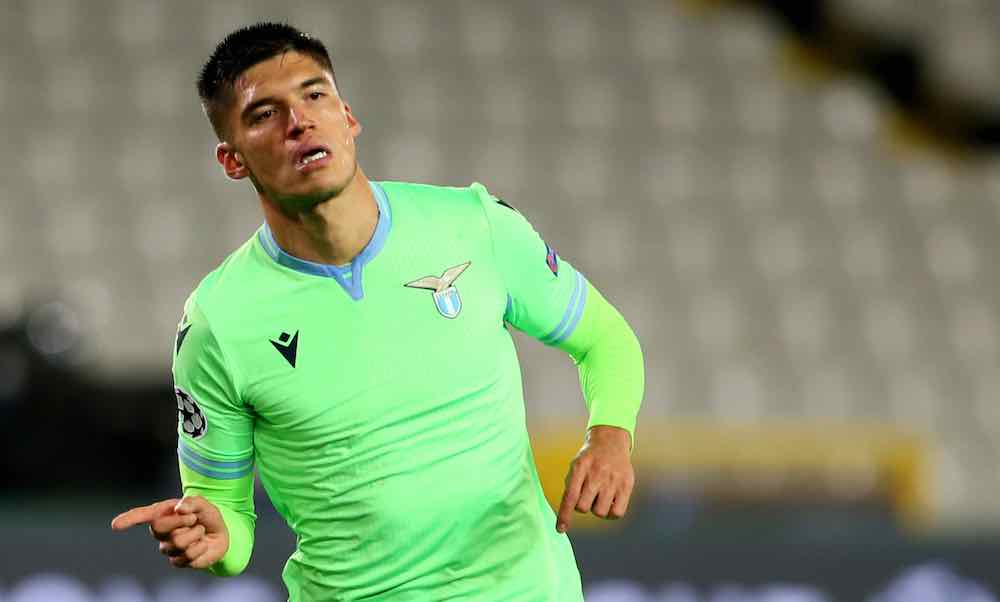 A depleted Lazio side put in a performance full of character as they earned a 1-1 draw against Club Brugge in the Champions League.

They did so despite having only 12 players at first-team training the day before, and nine players out of action due to a combination of injuries and Covid-19.

These absentees included key players such as Ciro Immobile and Luis Alberto, but their Belgian opponents were unable to capitalise and Lazio came away from the game with a very respectable point. This meant they had to dip into the youth team to make up the numbers on the bench.

The start to the season for Lazio hasn’t been easy and their manager, Simone Inzaghi, has had to deal with injuries and players that arrived late in the transfer window.

The players who did play against Brugge gave it their all and left their manager pleased and proud of their performance.

“I asked for character, the lads brought out everything they had within them amid a thousand difficulties,” Inzaghi said.

“We were unlucky at the end too, as we could’ve done better with a couple of late scoring opportunities.”

Joaquin Correa opened the scoring early to net what was his first goal the season in all competitions. The Argentine was happy with his goal, but more pleased that it contributed to a good result for his side in the circumstances.

“It’s a positive result for the attitude of the team and considering the difficulties that we had to deal with,” he said. “We didn’t hold back, we had our heads held high, as always.

“Nobody can say we didn’t give it our all after everything that happened this week. We’re happy with this point.”

Brugge were awarded a penalty near half time as Patric wrapped his arms around Mats Rits inside the box. The penalty was confirmed by VAR and Hans Vanaken converted, sending Pepe Reina the wrong way.

Late in the second half, Lazio began to look tired and Brugge began to pile on the pressure. Although the home side had chances from Rits and Eduard Sobol from close range, it was Lazio who had the best chance near the end of the match.

Sergej Milinkovic-Savic timed his run to perfection and brought down a long pass from Francesco Acerbi that sent him one on one against Brugge goalkeeper, Simon Mignolet, but the Belgian came off his line and saved the Serbian’s shot.

That’s as close that Lazio came to regaining their lead. A well-deserved point from a courageous effort that could end up being the defining point in their season.

With Lazio’s next match right around the corner against Torino, it will be a difficult task. Inzaghi was forced to sub off Patric and Felipe Caicedo due to injuries and added to his list of ailments.

“We had to replace Patric at half-time, as he started to feel nauseous and dizzy,” Inzaghi told Lazio Style Radio. “Andreas Pereira only arrived this afternoon and did really well to come on.

“I’ve never been in a situation where I had only 12 outfield players. We’ve evidently got to live with it and hope it doesn’t happen again.”