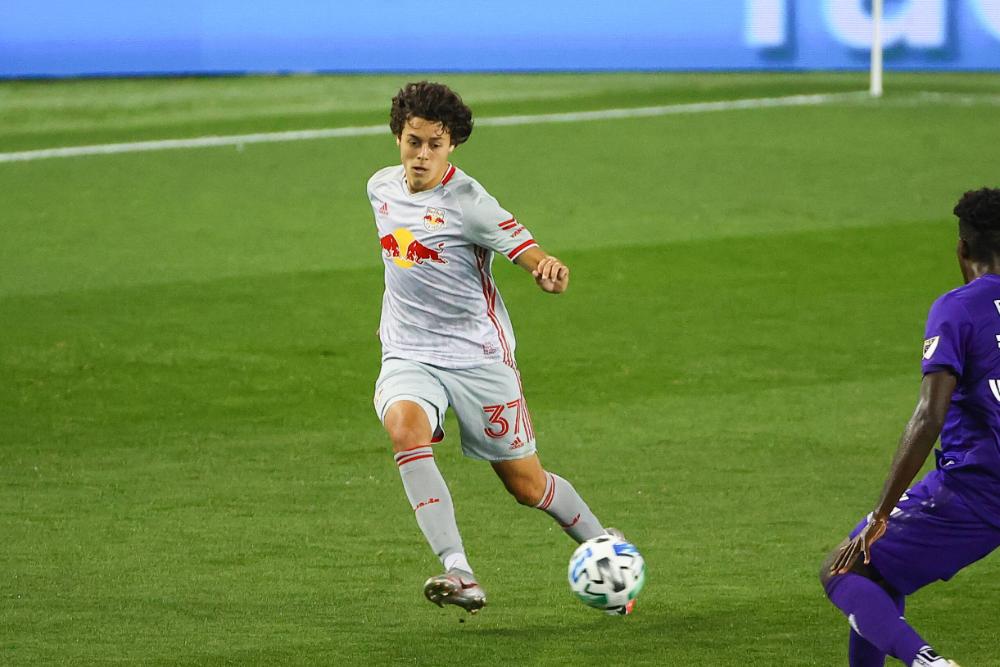 The state of Minnesota is usually known for being the home of Prince, Bob Dylan, and the Minnesota Vikings (NFL), but the state has also recently produced one of the top young talents in Major League Soccer, coming in the form of New York Red Bulls midfielder Caden Clark.

The 17-year-old grabbed headlines after an impressive start to his professional footballing career, where he scored a wonderful volley on his debut against Atlanta United and followed that up with a goal against Toronto FC, helping his team steal a crucial point in their hunt to make the MLS Cup playoffs.

Although Clark has only played five games for the Red Bulls, he has already put the world of football on notice with impressive performances against some of the top teams in the MLS, adding on to his YouTube highlight reels that seem to grow by each match.

“We know what a special talent he is and we’ve seen it throughout the USL… And we know he has certain qualities and it makes it interesting with our style of play,” interim Red Bulls head coach Bradley Carnell said after the Atlanta match.

“So, first and foremost, you know he’s a Red Bull player – a Red Bull philosophy player – he plays our way, runs our way and he’s hungry in our way.”

Clark is usually positioned on the right side of the midfield, but can also play as an attacking midfielder. Due to his great ball skills and intelligent positioning, he is continuously rotating between those two sections of the field during games, similarly to how James Rodriguez has operated for Everton this season.

Defensively, Clark will often position himself centrally in front of play or tight to the touchline on the right side, tracking back to provide his full-back with cover.

Although he isn’t the strongest due to his smaller frame, that does not deter him from going in for tackles and helping his defensive line win back possession for the Red Bulls. Indeed, the teenager has averaged 3.5 tackles and 1.9 blocked passes per 90 minutes in MLS this season.

However, where the American shines most is on the offensive side of the ball, where he regularly is looking for ways to join the Red Bulls’ attacking build-up.

When positioned centrally, Clark likes to remain at the top of the 18-yard box, giving himself an advantageous position to make a counter-attacking run up the pitch. When playing out wide, he will use his pace to break defensive lines, make runs up the touchline for a quick through ball or cut inside, creating overlapping runs for full-backs to get further up the pitch and giving himself an opportunity to get a shot on target.

On the ball, he is very calm having been dispossessed just 1.3 times per 90 minutes in 2020. His vision and awareness allow him to see what is the most beneficial play to make before defences can react.

Making short, precise passes, Clark doesn’t hold onto the ball upon receiving it. He is always keeping himself aware of his surroundings while creating space with quick exchanges with his teammates. This allows him to anticipate his next move in advance, whether in the open field or within traffic.

Currently sitting on two goals in just 279 minutes across six appearances for the Red Bulls, he has shown up to this point that he is comfortable in front of goal or, more to the point, unleashing shots from distance. He does remarkably well with hitting shots at the end of a dribble, while he is quick to position his body to create opportunities for himself, as he displayed against Atlanta.

Caden Clark made a statement in his MLS debut.

The 17-year-old hammered home this volley 🤯

Given the spotlight he’s earned, he has already been tipped among the future American talent to make a move abroad to Europe, having a clause in his new contract that would see him move to RB Leipzig in the Bundesliga by 2022.

Clark only just signed his first professional contract this month, but he has already brought so much more energy to this Red Bull side and is easily becoming one of the most exciting talents to emerge from the United States. He is undoubtedly one to keep tabs on in the future.