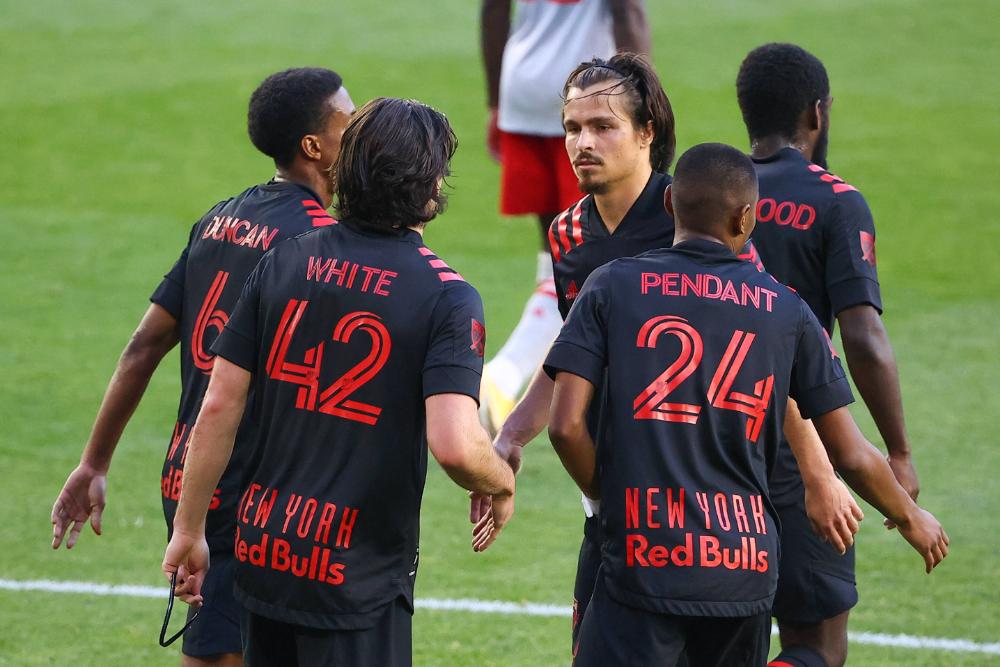 On Sunday, Decision Day took place with many MLS clubs looking to solidify their place in the playoff standings. The Red Bulls were one of the teams that needed results to go their way in order to avoid having to participate in the play-in round.

First-half goals from Tom Barlow and White did the job for the Harrison, New Jersey side at Red Bull Arena and set up a playoff matchup with Columbus Crew later in the month.

Their victory over Toronto was their first win over a top-four side in the Eastern Conference this season, and they did it in fine fashion.

“I think it’s been a tough year and we’re trying to get results, we moved on quickly from the last game (against NYCFC) and we came out here against a good team like Toronto to get a 2-1 win, and going into the playoffs, we hope to keep that going,” White said after the game.

Ironically, the win also denied TFC the chance to seal the Supporters’ Shield — a title Red Bulls have won three times since 2013 — with that honour instead going to the Philadelphia Union.

Well deserved Supporters’ Shield winners, Jim Curtin’s side will be among the favourites to win the #MLSCupPlayoffs too

Interim coach Bradley Carnell started the squad in a 4-2-2-2 formation, with a few changes in the line-up since their humiliating 5-2 defeat to NYCFC. Barlow joined White up top, Florian Valot partnered Jared Stroud in the midfield and Sean Davis replaced Cristian Casseres Jr as the second holding midfielder.

Toronto’s flanks were consistently being exposed by the Red Bulls, with build-up plays being executed by the midfield and full-backs.

Kyle Duncan, Dru Yearwood, and Jared Stroud did well to create overlapping runs from the right side of the pitch, getting crosses into the box and cutting inside to find an unmarked White throughout most of the first half.

In the 24th minute, their hard work paid off when Barlow headed home the Red Bulls’ first goal of the game, receiving a beautiful back-heel flick in the box from Valot.

This corner kick, though… 🥵 pic.twitter.com/pcgvBP3DTQ

Two minutes later, New York’s persistent pressure would get them on the scoresheet again with some great link-up play down the left flank. Davis would find Duncan in the box, setting up leading scorer, White, for an easy tap, doubling the Red Bulls’ lead.

After the break, Red Bulls looked to maintain the pressure on their opponents, however, Greg Vanney’s side were the one that would get things going early on in the second half thanks to their high press.

In the 50th minute, Nick DeLeon fired a shot on target. Goalkeeper Ryan Meara got a hand to it, but the ball found its way to Tsubasa Endoh, who put it in the back of the net.

Although Meara couldn’t stop Toronto’s first goal from going in, it didn’t stop him from making other crucial stops throughout the game.

The 29-year-old made a great with his feet in the 57th minute to deny Michael Bradley in a one-on-one, and shortly after he would make a diving save to thwart Alejandro Pozeulo as well.

Kick save, and a beauty! pic.twitter.com/0yN8sBEP3d

New York will be heading into their opening playoff match against a very good Columbus Crew side, who finished their regular season with a 2-1 win over Atlanta United on Sunday.

The Crew could cause some issues for New York’s defence as they are, like Toronto, very quick in transition and communicate very well in the final third with proven match-winners like Gyasi Zardes, Pedro Santos and Lucas Zelarayan.

However, if the Red Bulls can get things going early on with the high press, as they did on Sunday, they will have real shot at getting a good result at Mapfre Stadium.