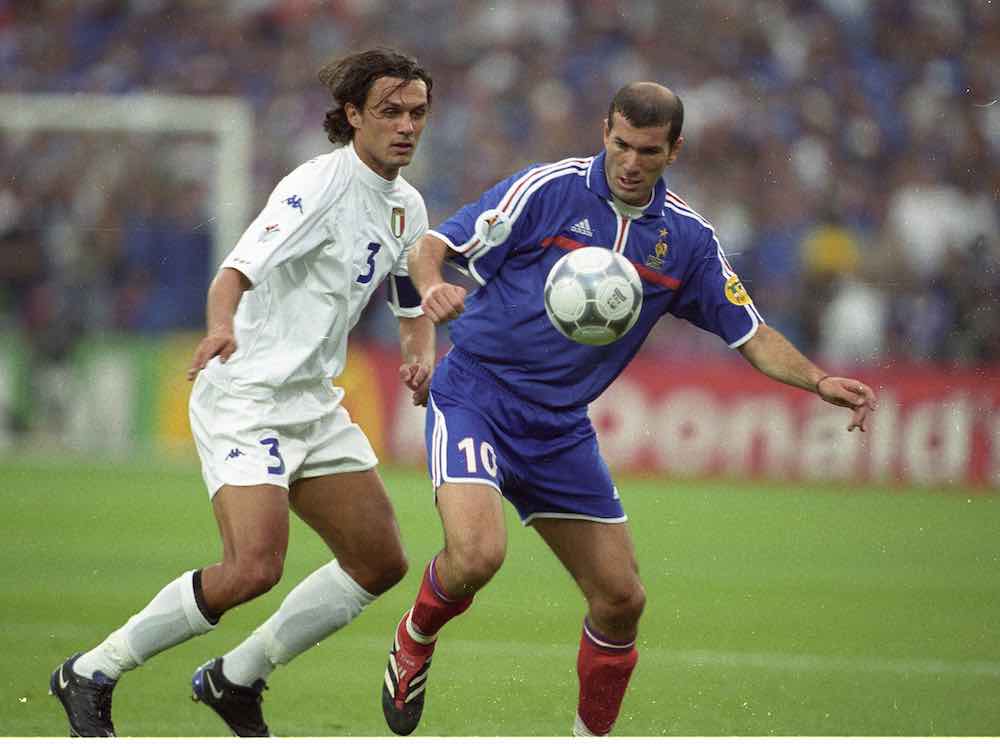 Football managers, football writers, pundits and commentators all eulogise over two-footed players. Those with the ability to use both feet to pass, tackle, and shoot.

There are numerous benefits in having this skill set. Flexibility in terms of position, unpredictability, greater balance and faster, more efficient passing are just a few.

Football is a game that prospers when it entertains. Some of the biggest entertainers in world football have been two-footed. We’ve also had some fantastic moments in football from two-footed players that we may have missed out on had they been only able to play with one foot.

Zinedine Zidane is a high-class example of a two-footed footballer. He demonstrated poise and artistry on the ball, and his ability to control and pass the ball with both feet left his opponents guessing each time they faced him.

The elegance and confidence he portrayed on all areas of the pitch was a masterclass in using both feet. The entertainment he provided to all of football would most definitely feature in the greatest ever highlights reel.

But as well as having the great entertainers such as Zidane, football and in particular AC Milan benefited from the ever consistent, highly talented Paolo Maldini.

Maldini, considered one of the best defenders ever, played 25 seasons for AC Milan between 1985 and 2009, appearing in eight UEFA Champions League finals and lifting the trophy five times.

During Maldini’s early playing career at Milan, he played occasionally at right-back and is regarded as predominantly right-footed. That position was then filled by Mauro Tassotti but, in the following season, the left-back position became available and Maldini went on to make it his own before becoming an elite centre-back later in his career.

During his time for the Rossoneri Maldini defended and passed out from the back comfortably with both feet. At the age of 12, he practised kicking the ball with his left foot for countless hours until it was as strong as his right.

Although Maldini had attributes such as height and strength, which all contributed to his excellent defending, being two-footed was vital for his reputation as one of the best all-round defenders in history. It is questionable as to whether he would have maintained the level of consistency across all positions, or even made his breakthrough at all (at left-back), had he not been effective with both feet.

Two Brazilian attacking greats, Ronaldo and Ronaldinho, have both commented that Maldini was the toughest opponent they faced.

There are many great one-footed players, most notably Diego Maradona and his heir, Lionel Messi. Both use their favoured left foot to devastating effect, but Maradona was a one-off in terms of his stature, strength, presence of mind, and balance. What Maradona did in a split second, in terms of positioning and control of the ball make up for him not using his right foot as often.

With so many professional football clubs all scouting for young talent across the world, how many put the ability to naturally play with both feet ahead of other attributes.

Coaches will say that many one-footed players can be trained to play with both feet, utilising existing strengths. This is probably the case for a number of professionals who will have strengthened their weaker foot thanks to years of training and match practice. But when players are in the fever pitch of gameplay, more often than not those who are not naturally two-footed will opt to use their stronger foot, even in situations where the use of their other foot would have been more effective.

A study [PDF] conducted in 2009 found that: “…two-footedness is mainly but not wholly an innate ability and is something that can be developed, to some extent, by training.

“Nevertheless, this training of two-footedness is something that can only be properly developed at an early age in formative years of a footballer’s career and is difficult to instil in the established professional players…”

Looking at a scouting scenario where young talent between the ages of 10-12 are brought to the attention of clubs around the world, during the observation and analysis period by the clubs, some of those youngsters may outshine the other, which will undoubtedly influence the club’s decision on which young player to sign.

But what if one of those young players being outshone has the natural ability to play with both feet, should scouts, clubs, and coaching staff be taking the view that this player can be coached to a level far exceeding one that is naturally one-footed?

A two-footed player may be weaker in other areas compared to their one-footed peers, but what if clubs and their coaches are underplaying this natural skill set when signing? What if, even when the two-footed player is signed, clubs and coaches don’t have the required tools to nurture this rare gift.

If there are limitations in coaching, or an oversight on a young players potential during scouting, then we could very well be missing out on seeing the next Zidane or Maldini.

It’s fair to say two-footedness is a rare gift that a small percentage of young footballers naturally possess, but if one of these rare gems are found then club scouts must emphasise this attribute before highlighting any limitations they may have elsewhere in their game.

Identifying a young kid that naturally passes, shoots, and tackles with both feet, has got to be a commodity worth investing in for any club.

Loading...
Newer Post
What Now For Ole Gunnar Solskjaer And Man United?
Older Post
Is It Finally Domenico Berardi’s Time To Shine At The Top Level?