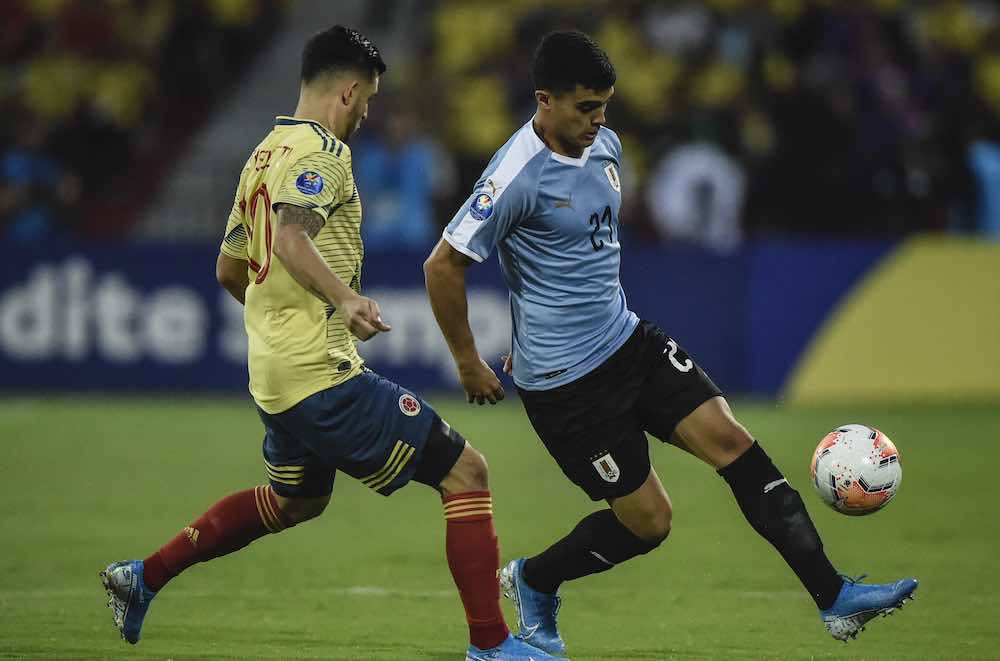 After relegation saw Racing Club de Montevideo, a club nicknamed La Escuelita (“The Little School”) because of the high standard of players they have produced, demoted to Uruguay’s second tier, Agustín Oliveros remained in the top flight by joining giants Nacional on loan. This move has already helped the versatile defender achieve one of his many dreams.

Oliveros’s transfer occurred in February of this year following solid performances for Uruguay’s Under-23s in the qualifying stage for the Olympics.

He featured four times during the tournament, as his country narrowly missed out on gaining a place at the Games that will now be held next year in Tokyo.

“It was my first time in the Uruguayan national team shirt; it was a very nice and enjoyable experience. We were left with the bitter taste that we were very close to reaching the Olympic Games,” Oliveros told WFi.

Subsequently, he made his debut for Nacional, which came in South America’s greatest club competition, the Copa Libertadores. He was to help his new team to a perfect start in the group phase: a 1-0 win away in Peru against Alianza Lima.

🇺🇾 5⃣ Uruguayans featuring in the #Libertadores have been called up by @Uruguay for the next @FIFAWorldCup Qualifiers.

The Montevideo-born defender would go on to make two further appearances, featuring in a 2-2 league draw with Montevideo Wanderers and a 1-0 win over Venezuela’s Estudiantes de Mérida, before Covid-19 intervened.

“I settled into the group and the club in the best possible manner. My teammates made me feel comfortable and I started [in the line-up] from the first moment — I think that was fundamental for me to develop in the best way,” he said.

“The season has been a bit atypical, given the pandemic and the resulting standstill. But regarding the team’s performance, it has been a good season both domestically and internationally.”

After a hiatus of just under five months, Uruguayan football returned, albeit without its passionate fans. Nacional’s first game saw them host bitter rivals Peñarol; in what was Oliveros’s first taste of the Uruguayan clásico, he continued his unbeaten start as the sides played out a 1-1 draw.

Owing to his club performances, Oliveros then earned a place in the Uruguay selección for October’s World Cup qualifying matches against Chile and Ecuador. Despite not making it onto the pitch, he did get the chance to experience training with the seniors.

“Upon being called up to the national team, the truth is I took it with a lot of emotion and pride. One grows up watching the national team players, and that it is now my turn to share with them and be part of it is something impressive and difficult to describe,” said the 22-year-old.

“Obviously, it is well known that in the senior team there is a higher level of quality, and also that the rhythm of the training sessions is greater than that of the Under-23 team. At first, training was a bit difficult for me as I was not used to the pace, but luckily I was able to adapt quickly, and it helped me a lot to learn and continue to develop.” 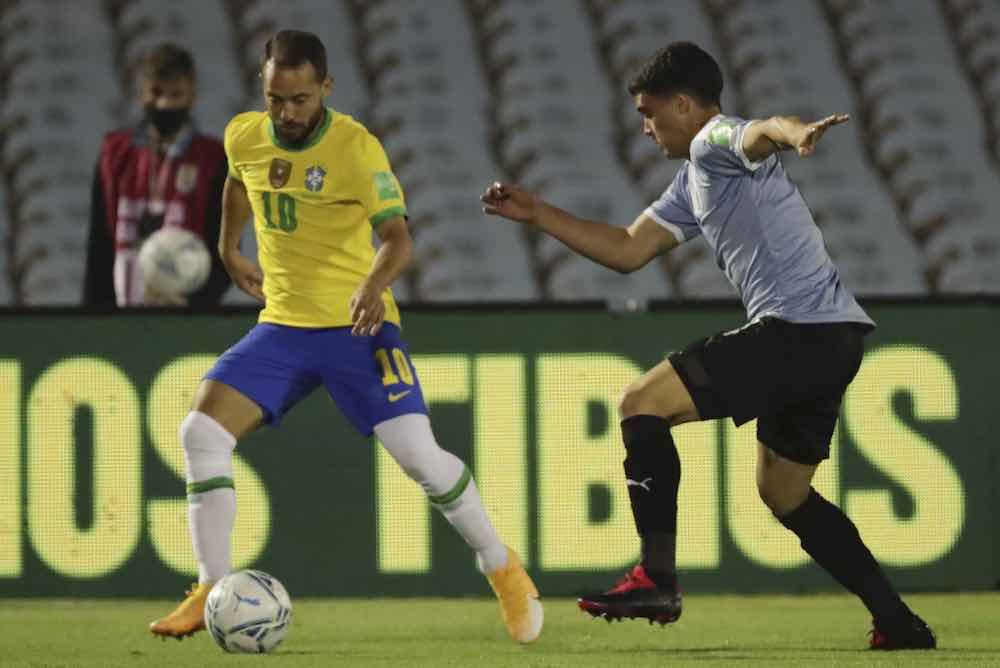 Brazil’s Everton Ribeiro (L) and Uruguay’s Agustin Oliveros vie for the ball during their closed-door 2022 FIFA World Cup South American qualifier at the Centenario Stadium in Montevideo on November 17, 2020 (Photo by RAUL MARTINEZ/POOL/AFP via Getty Images)

Last month, the youngster was selected again as La Celeste took on Colombia and Brazil. For the first match, he watched from the bench, but afterwards manager Óscar Tabárez decided Oliveros’s time had finally come. Thus, in his home city of Montevideo, he was thrown right in at the deep end to face Brazil.

“I made my debut against one of the best teams in the world. If we start to analyse it, I think that we could have had better luck, but hey, the result [a 2-0 reversal] is anecdotal. The truth is that I felt very good: as the minutes passed by, I was gradually loosening up, and I was left with the exhilarating experience of competing against the best in the world and being able to measure up.”

Having played alongside the experienced international pair Diego Godín and José Giménez, Oliveros spoke about the support his teammates gave him.

“From the first moment they [Godín and Giménez] knew that I was going to debut, they were constantly talking to me so that I was calm and able to do the same thing that I had been doing at Nacional.

“For me, this was crucial and made me enter the field much calmer having listened to their words. I also received messages from other leading players who helped me a lot, like Edinson Cavani and Luis Suárez.”

There are now no international fixtures until March, meaning Oliveros will turn his attention to club football in order to cement his place in the Uruguay squad next time around.

As of today, 1 December 2020, he has yet to taste defeat in the 18 games he has played overall for Nacional in the league and the Libertadores — a run that he would certainly love to keep going into the new year.

Lastly, this talented prospect spoke about some of his ambitions for the future.

“My aim regarding the national team is to be able to continue being considered by the coach. Without doubt, my goal is to be present for the qualifying dates in March. Regarding my club career, I aspire to be able to make the leap to Europe to continue my development at a more demanding level of football.”