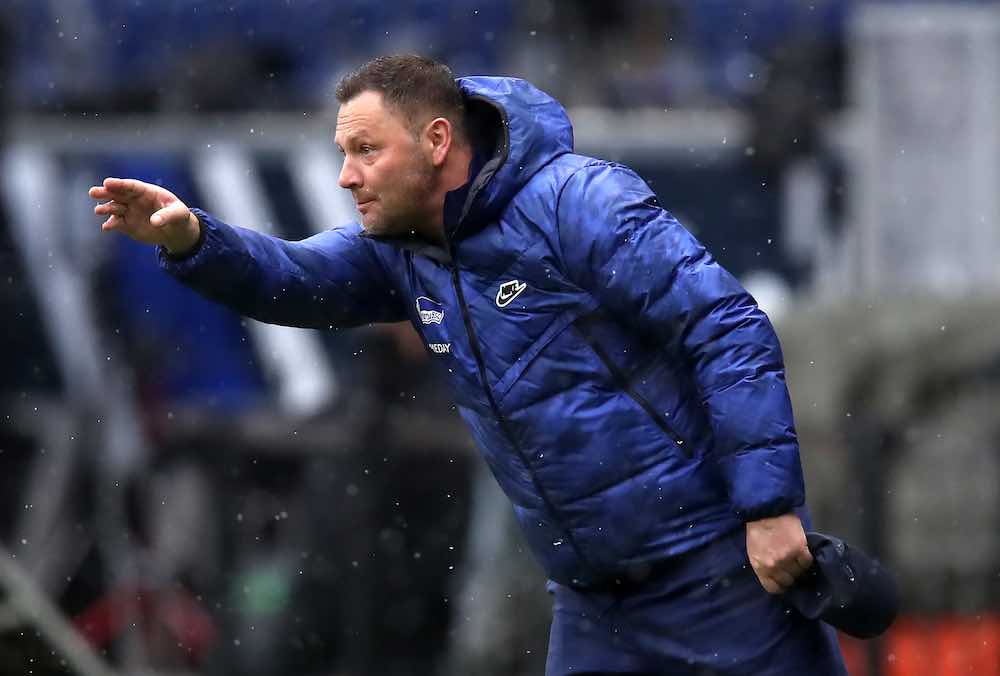 Whilst the title race in Germany may have all the suspense of a straight-to-DVD movie, the relegation fight promises to be an Oscar-worthy drama.

Even an early red card for Alphonso Davies didn’t stop Bayern Munich. They dispatched VfB Stuttgart with ease on what was little more than a Saturday afternoon stroll for the German champions.

The 4-0 drubbing included another hat-trick for Robert Lewandowski. Just the 35 Bundesliga goals from 25 games so far this season. Gerd Müller’s record of 40 in a single campaign is within reach.

In addition, Lewandowski has scored against 16 of the 17 other Bundesliga teams this season. The one remaining is Bayern’s closest challengers, RB Leipzig, who edged their way past Arminia Bielefeld on Friday night.

When the Bundesliga returns from the international break, it will be Leipzig hosting Bayern. A win for the latter would effectively end the title race. Even a draw would not be enough for Leipzig who simply must win if they are to stand any realistic chance of winning the Bundesliga.

Less cut and dry is the battle to avoid relegation. Schalke are the only certainties at the lower end of the table. Who joins them in the 2. Bundesliga next season is very much up in the air.

It currently looks to be a matter of which two from four? Just two points separate the four teams in question and their respective positions have changed throughout the weekend. One will go automatically, another will have to go into the relegation play-off. It promises to be an interesting tale of twists and turns to decide who finishes where.

Bielefeld’s defeat on Friday night saw them slip into the play-off spot on Saturday. By Sunday evening they’d fallen into the drop zone. Following their promotion last year, it was always going to be a difficult campaign for Arminia. However, until recently it seemed like they might upset the odds.

The sacking of coach Uwe Neuhaus was something of a surprise at the time given the success he’d had. It transpired that there had been some internal differences over the direction of the club and Frank Kramer was brought in to replace him. Kramer’s former position as Salzburg’s youth academy director speaks volumes of where the Arminia hierarchy wish to go.

Just above them sit FC Köln who played host to Borussia Dortmund on Saturday. When Erling Haaland scored in the opening minutes, you’d be forgiven for fearing the worst for Köln, but Dortmund wasted other opportunities to extend their lead and then gave away a penalty. Ondrej Duda made no mistake from the spot and the hosts went on to have the better of the game.

With Thorgan Hazard and Gio Reyna playing so narrow, Julian Brandt and Jude Bellingham had space to operate in. Consequently, possession was consistently coughed up in these congested areas and Köln thrived.

Dortmund’s interim coach Edin Terzic threw on Youssoufa Moukoko, but the youngster had little effect. A sluggish and narrow Dortmund continued to play into the hands of Köln. An Ismail Jakobs goal gave the hosts the lead and they looked to be heading for a vital win. That was until Haaland grabbed his second in added time to snatch a draw.

Haaland was visibly frustrated at full-time, Köln somewhat deflated that two valuable points had been dropped.

Those points could yet prove to be the difference between survival and relegation given how tight things are, especially as Mainz chalked up an unlikely win away to Hoffenheim.

The Bundesliga’s carnival club looked odds on to be joining Schalke in the drop to the second tier, but since the appointment of Bo Svensson in January, things have taken an upward curve. Indeed, 10 points from a possible 15 has completely changed their fortunes. Mainz facing Arminia immediately after the international break promises to be pivotal for the future of both sides.

This game of footballing musical chairs left Hertha Berlin in the drop zone by the time they faced Bayer Leverkusen. At one stage, Leverkusen were just a couple of points behind Bayern, but their famed fragility has cost them. Their defensive issues opened the door to Hertha, who eagerly accepted the invitation.

An unexpected 3-0 half-time lead for the hosts was barely troubled by Leverkusen in the second half. A welcome and important win for Hertha, once more under the stewardship of Pal Dardai. It was a victory that lifted Hertha out of the drop zone and into the safety of 14th place.

With eight games still to go, it’s certainly too early to write anyone off. Aside from Schalke, there are no guarantees in the Bundesliga’s battle for survival.

With more drama on offer than the title race, it’s the must-see show right now.