Amy Muir: From Inverclyde To Hibernian And The Scotland National Team 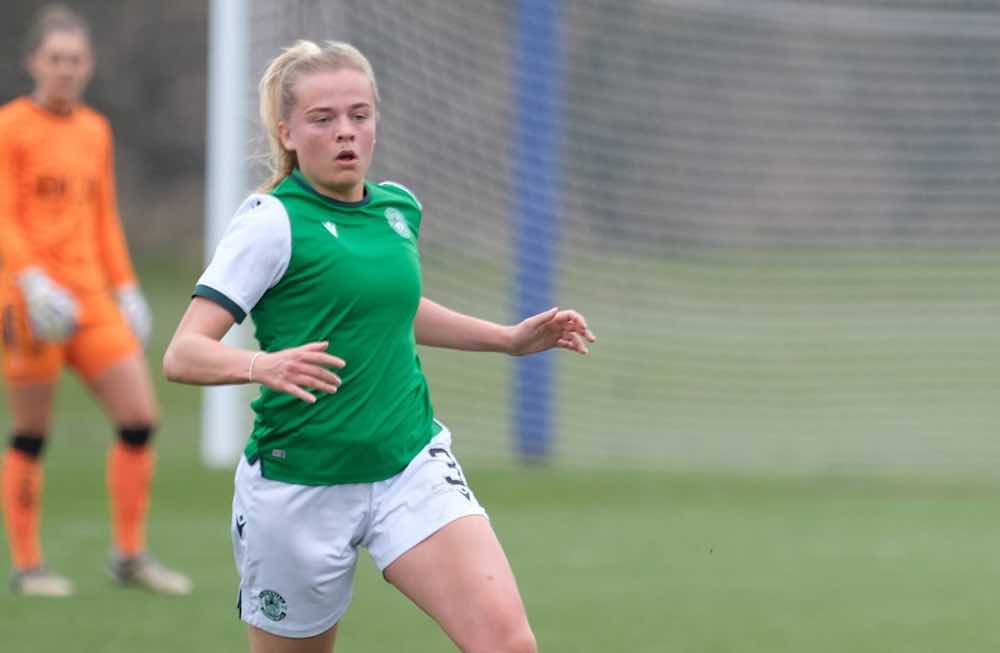 You are currently at Hibernian FC. How would you reflect on your time at the club so far?

“I joined in the summer of 2019 and within six months I had played in a Scottish Cup final and in Champions League qualifiers. It was a whirlwind start and I learned a lot from both experiences. I love being at the club.”

Who are the big characters in the Hibernian dressing room?

“I’d have to say Joelle Murray and Siobhan Hunter who have been at the club for many years. They’ve won so many domestic trophies and are players that I look up to.

“Joelle is a great leader and she represents everything that is good about Hibs as she wears her heart on her sleeve and loves the club.”

What are your hopes for the future at Hibernian?

“We want to keep progressing as a club and challenge for domestic honours. The competition has increased massively with Celtic and Rangers now going full time but we are a strong club and we believe that we can compete.

“Personally, I want to play as many games as I can and develop myself as a player in the years to come.”

🗣 | We are delighted to announce the signing of Scotland Under-19 captain Amy Muir from Rangers. Welcome to Hibs, @Amy_muirr!

You’ve played at U17, U19 and senior level for Scotland. How much does it mean to you when you represent your country?

“It started off when I was really young. I travelled with the U15s to Germany when I was only 13 and it was a unique learning experience.

“With the national side, there is a clear pathway and I have so many good memories of playing for Scotland and travelling to many places that I may not have visited if it wasn’t for football.

“Being the captain at youth level helped bring me on as a person as well as a player. Playing for Scotland is an honour and I hope to play for my country many times in the future.

“Making my debut for the senior side was a dream come true for me. It’s the best moment of my career so far and I hope I can continue to perform well for Hibs to earn another opportunity with the squad in the months and years ahead.”

One of the things that we have in common is our hometown. We are both from Inverclyde and (from my knowledge) you are the first high profile female to represent the area on a national level within football. How proud are you of your roots and how important were they on your journey?

“I’m very proud to come from Inverclyde. To see Greg Taylor and Lewis Morgan succeed in recent years has been amazing for the area.

“First Touch football coaching played a massive part in my development as a kid and they provided a perfect start for me in football.

“The coaches were superb and ensured that the love of the game was at the heart of what they did as coaches.

“It makes me so proud to see the number of female football clubs in the area now such as Morton in the Community because when I was younger those opportunities weren’t there for girls like me.”

It’s been a tough year for football with games being cancelled due to COVID. How excited are you to get back to playing regularly without interruption?

“It’s been frustrating and as a young player, it’s vital to play as many games as I can. I love playing football and I hope we can have a sustained period without interruption because as footballers all we want to do is be out on the pitch every weekend giving our all to win for our clubs.”