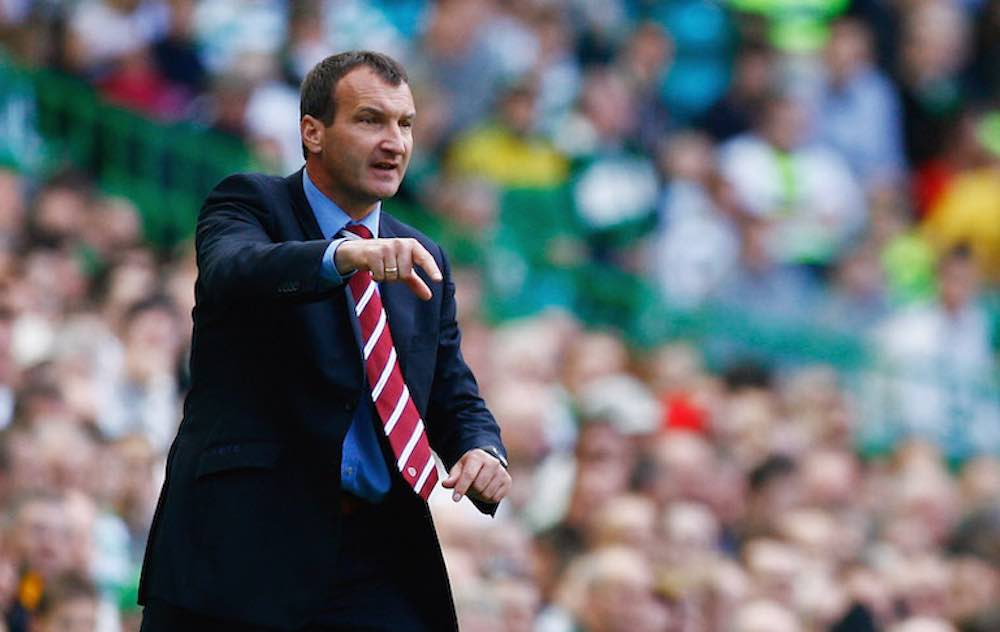 An interview with Romanian coach Csaba Laszlo, who has enjoyed spells with the Uganda national team and Hearts, by Callum McFadden for WFi.

You were forced to retire from playing in your mid-20s. Was your early retirement the key driver that inspired your coaching career?

“That is a good question. I’m unsure, to be honest. Looking back, I think my injury was a motivation to become a coach as I was 25 and all that I had known was taken away from me.

“I wanted to play at the highest level and when that was no longer possible, the next best thing was coaching.”

You were the assistant manager to footballing icon Lothar Matthäus when he was in charge of the Hungarian national team. What was he like to work alongside as a coach?

“It was such an interesting learning experience. Lothar was a phenomenal player and a hero of mine so to work with him was a great honour.

“He had incredible knowledge of football and he commanded respect from everyone based on his calibre within the game.

“I can’t speak highly enough about him. He was a top person and a top coach. I learned a lot from working closely with him.” 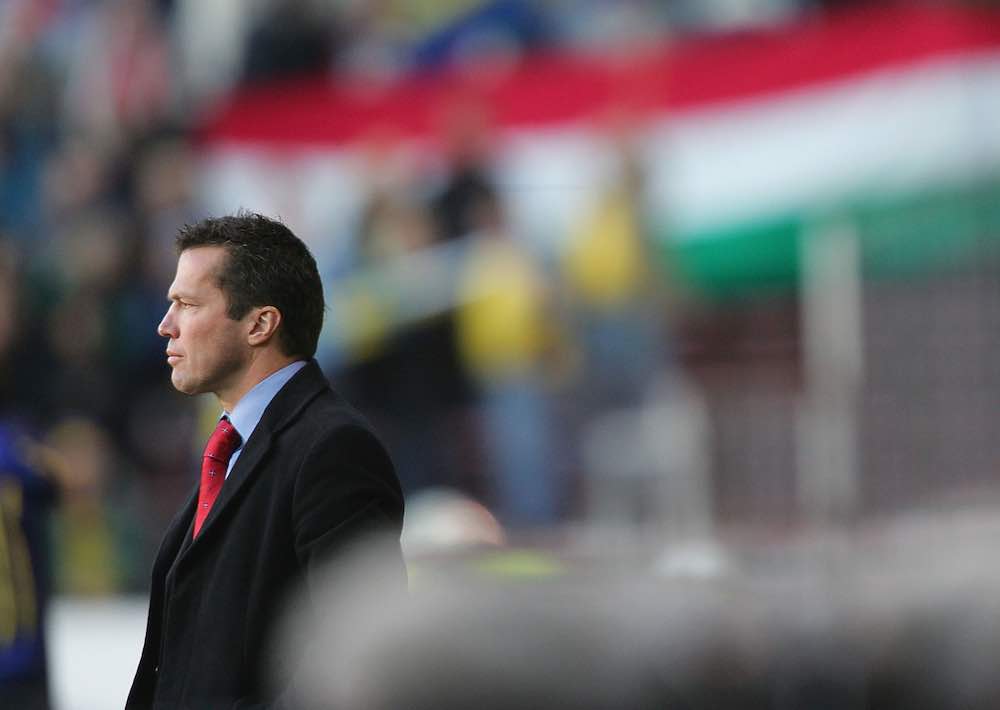 You left the Hungarian national team to become the manager of Ferencvárosi. What was it like managing arguably the most iconic club in Hungary?

“It was an experience that meant a lot to me because I was a massive fan of the club growing up. I used to listen to every match on the radio as we did not have a television when I was growing up. It was a dream come true for me.

“I won manager of the year while at the club and I know that I am still highly regarded by the fans there even today.

“We were successful and reached the UEFA Cup with the club which was an achievement that meant a lot to me personally. I developed as a coach with Ferencvárosi and I have nothing but fond memories of my time at the club.”

You managed the Uganda national team between 2006 and 2008. The Ugandan press nicknamed you ‘The Miracle Man’. How would you sum up your experience of football in Africa?

“I took the country from 181st in the world rankings to 91st. We beat countries such as Nigeria and Angola for the first time in Uganda’s footballing history and we just missed out on qualification for the African cup of nations.

“It was such a unique experience. Uganda is a football-crazy country. The continent of Africa has many football-mad countries and I think that’s underplayed as most of the world’s media focus on European football. There is a lot of quality throughout various leagues in Africa too.

“Football is the number one sport in many countries. Living in Africa was something that I absolutely loved. The people were incredibly friendly and I admired their attitude and dedication to football and their country.

“I stayed in Uganda for my period in charge of the nation. I was offered the opportunity to stay in a hotel but I refused. I wanted to live like the people of Uganda so I bought a normal house and fully integrated myself into the job and into society.

“I wanted the people to see me as an equal rather than the stereotypical white man arriving to coach in Africa because he knows more than you.

“That’s why fully integrating myself into the culture was important to me. It was a privilege to manage the nation and try to make the Ugandan people proud of their team.

“Many of our players played outwith Uganda and the quality of player was very good. We had top players in David Obua and Ibrahim Sekagya to name just two.

“I made many fantastic memories during my time there. All I wanted to do was help the players to improve and progress and we did that as a team during my two and half years in charge.”

You attract attention from a number of clubs in Europe while in charge of Uganda. You move to Heart of Midlothian in Scotland. How did that move transpire?

“I don’t think many football coaches make the move from an African national team to go and manage a massive football club like Hearts.

“Vladimir Romanov was in charge of the club at the time and his interview with me for the job was such a funny moment. Let me just say that he was an interesting character. I convinced him that I was the right person for the job and I was grateful to accept the opportunity.

“The attitude in Scotland was that Romanov was a crazy owner and that I must be a crazy coach because no one had heard of me. I believed in myself and knew I could prove people wrong.

“I think it is clear that it was one of Romanov’s best decisions to hire me as we had huge success at Hearts so much so that I still call Scotland my home.

“I love Hearts as a club. The fans are special and everything about the club is exactly what you want to experience as a coach. It is hard to put into words how fantastic Hearts are.

“Most coaches have to be a champion to be highly regarded in football but we challenged Celtic and Rangers to finish third. I won manager of the season and the fans respected that achievement too.

“We beat Rangers and Hibs. We drew with Celtic in the league and knocked them out of the league cup. We showed that we could match any team in Scotland. That season was one of the most beautiful moments in my life.

“My team had top players such as Lee Wallace and Christophe Berra who went on to play for the national team. Michael Stewart was also a top professional who captained the side very well.

“The Scottish players treated me with respect and I loved working with the young players from our academy too. I wanted to show them that there was a path to the first team.

“I also brought David Obua with me to the club too and he never let me down. All in all, Hearts was a great time in my life that I will never forget.”

“The club was in a lot of trouble off the pitch when I arrived which I was not fully made aware of. I wanted to take the club back to the Scottish Premiership and knew that was the one expectation that the club had of me and the team.

“I worked under Steven Thompson and Mike Martin. Both of them treated me well but unfortunately, the financial aspects at the club were not very good. This made the job very difficult for me and was caused by decisions made by others in the past. It was made clear to me that the new owners would want to go in their own direction which I accepted.

“However, I am very proud that I left behind a squad that was capable of achieving promotion back to the top flight under Robbie Neilson. He was a former player of mine and I was delighted to see him take the club back to where they belong.

“I am happy to see the club in a positive place and wish the club every success going forward because the people treated me very well for the most part.

“I believe that I put some of the foundations in place for that promotion by signing players such as Benjamin Siegrist who is a top player with a big career ahead of him in the game.”

Finally, Csaba, are you looking for a return to management at the moment and would you like to work within Scottish football again in future?

“I speak four different languages — German, Romanian, Hungarian and English — so I am open to working in any part of the world. I am an adaptable person and coach.

“Scotland is my home and the simple answer to your questions is yes. I would love to work within Scottish football again. I feel very connected to Scotland as do my family.

“I was offered the Waasland-Beveren job in Belgium but it did not come to fruition in the end. I have also received another offer from a Belgian club recently but Scotland would be my first preference.”