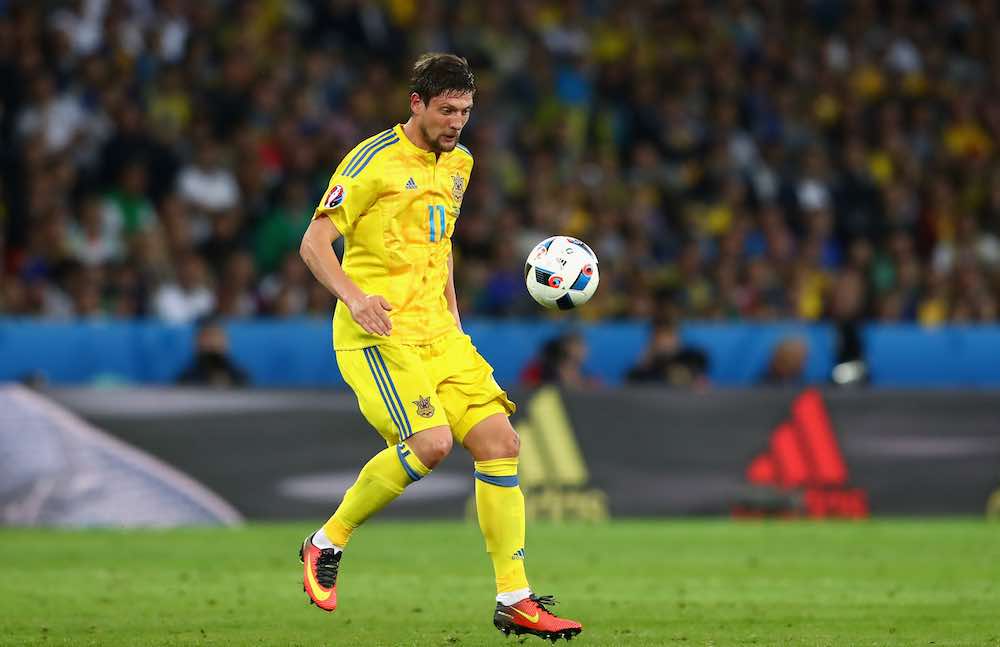 Don’t let it be shouted from the rooftops, but it is clear that achieving goal-scoring success in the Ukrainian Leagues comes with a heavy price to pay on a player’s career.

Over the last few years, there have been endless stories of players, who have lost all semblance of form. If it continues in such a vein, we can imagine strikers more determined than ever the miss chances for their teams.

Last year’s Golden Boot winner, Vladyslav Kulach, is the most recent name to be added to the list. Having joined Vorskla Poltava in 2017, there was little sign of the potential in a striker who had failed to make the grade in his early years at giant Shakhtar Donetsk.

Seven goals across his first three years in Poltava had seen him on the periphery of the first team going into the 2020-21 season.

Last season was a very different story, though. From the opening game of the season, the Vorskla team was fresh-faced, defeating newly promoted Rukh Lviv 5-2 with Kulach scoring twice.

He didn’t look back. In a front-footed attack-minded team, goals were a lot easier to come by and he finished the season with an impressive 15 goals from his 21 appearances. It brought him to the fringes of the national team squad and it was announced quite quickly that he would not be willing to sign another contract with Vorskla despite them qualifying for the new Europa Conference League.

A summer of intrigue ensued with a host of clubs in Central Europe linked with the forward, but the strong rumour of Dynamo Kyiv would prove most solid.

He joined on trial early in the summer and by opening day still had not signed an agreement with the club. With other Ukrainian scandals delaying Dynamo’s title defence, he was signed by their first match.

He entered the fray late in the game and had a good 30 minutes but has only appeared once since. It is a sorry state of chasing a bigger salary and he now finds himself fourth choice.

It would be understandable if it had not followed the story of Oleksandr Filippov, who all but disappeared following his Golden Boot from the 2019-20 season.

A move to Belgium backfired dramatically when coach Milos Kostic was fired after a poor start to the campaign. His move had not proven entirely successful before the sacking with only one goal in his first three months, but Filippov now has only one full game under his belt in the last year, with confidence having hit rock bottom.

In another case of not doing your homework properly, Filippov had only played one previous full season in the top division of Ukrainian football, having notched five goals within it. He had spent the previous years playing to reasonable success in the second tier but never offering any signs of great potential.

We have noted many examples across recent years of players being bought by clubs based on little evidence. Yet, here we are in 2021 with the same errors still being made.

If you thought the Golden Boot was the only cursed chalice, you would be wrong. For many years, the top scorer throughout the history of the UPL has been the Uzbek, Maksim Shatskikh, who scored 124 goals in 341 appearances and Serhiy Rebrov who reached the total in fewer games.

Recently, though, the former international Yevhen Seleznyov has returned to Ukraine following several years in Spain and Turkey with the sole aim of breaking this record.

A talented forward in his prime, reported problems with drinking have left him a shadow of his past.

He’s on his way back to Kyiv & that UPL all time goalscoring record could well not be broken! https://t.co/cukpZey4hv

Reliant on penalty kicks, he scored five in ten games for Kolos Kovalivka last season before being asked not to return for disciplinary breaches.

This year, he is turning out for strugglers Minai, where his performances have been so poor that he rarely completes the full ninety minutes.

Twice being off the field when a penalty has been awarded. He remains eight goals away and it is looking increasingly likely that he will fail in his ambition.

Goals certainly do win matches but in Ukraine, they definitely do not help the strikers who score them.