Plenty At Stake In La Liga As Sevilla Welcome Barcelona 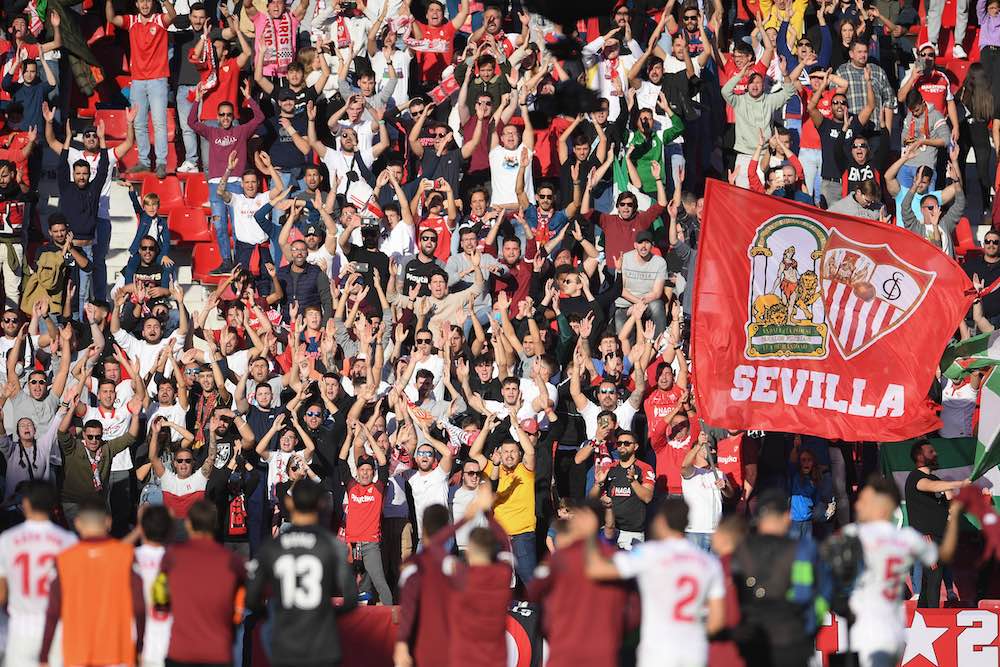 It was a moment of catharsis. Sevilla have been performing well so far this season in La Liga, but it’s been solid rather than spectacular.

The Andalusian side have been getting results, but haven’t been providing the moments that make football so special. They most certainly did on Saturday evening at a packed Sánchez-Pizjuán.

Sevilla beat Atlético Madrid, reigning champions of Spain, 2-1 to lay down a marker and prove to Real Madrid that they’re going to challenge them for real.

Ivan Rakitić fired Sevilla into the lead in the seventh minute, unleashing a spectacular effort from distance that left Atlético goalkeeper Jan Oblak with no chance whatsoever.

Felipe equalised in the 33rd, taking advantage of Sevilla’s patched-up defence to draw Atlético level. A draw would have been a fair result – in fact, Atlético probably deserved to win the game based on the balance of play.

But it wasn’t to be, and Lucas Ocampos popped up in the 88th minute to win it for Sevilla in dramatic style, lighting the Andalusian night on fire and giving his club’s title challenge the shot in the arm it desperately needed.

Earlier that evening, Barcelona won a game of their own in similarly dramatic style, but they’re not in quite as strong a situation as Sevilla are right now.

Like the Andalusian outfit, Barcelona took an early lead, scoring twice through Ferran Jutglà and Gavi to go two goals to the good inside 19 minutes.

Gavi’s goal, in particular, was magnificent. The 17-year-old – from Seville, coincidently – picked up the ball from deep before turning, carrying coolly and finishing with aplomb.

But that wasn’t enough to secure victory for Barcelona, and Elche struck back in the second half. Tete Morente scored first, in the 62nd minute. He took advantage of Jordi Alba’s absence on the left flank before beating Marc-André ter Stegen with ease.

Just sixty seconds later, it was 2-2. This time it was Pere Milla who scored, once again beating Ter Stegen at the back post after he had been foolishly left unmarked by Barcelona.

The pressure was on, but Barcelona managed to rescue victory five minutes from time through Nico González, one of their brightest young stars.

He finished with composure after some fine work in the buildup by Gavi and Ousmane Dembélé. It was a massive result for Xavi’s Blaugrana – it meant that they firmly catapulted themselves into the fight for the top four.

“We are very happy with the three points — a really big victory for us.”

Because that’s where Barcelona are right now. They’re seventh in La Liga at the time of writing, two points behind Real Sociedad and Atlético and three behind fourth-placed high-fliers Rayo Vallecano.

Real Betis are three points ahead of them, while four points clear of Betis are Sevilla, who are now six points behind Madrid with a game in hand.

That game in hand is against Barcelona, and takes place at the Sánchez-Pizjuán on Tuesday. It’s an intriguing fixture for several reasons.

Victory for either side would be a real statement as to their ambitions – if Sevilla win, they’ll be three points behind Madrid going into the New Year and will have shown their hand doesn’t shake when the pressure’s on.

If Barcelona win, they’ll have proved that they’re on the road to recovery under Xavi and, depending on results elsewhere, could begin the New Year in fourth place.

That may be jarring for casual observers of La Liga, but that’s where both clubs’ ambitions have shifted. Both Sevilla and Barcelona failed to make it out of their groups in the Champions League, and will instead drop down to the Europa League.

Both are still alive in the Copa del Rey – Sevilla stuttered past two fourth-tier sides while Barcelona have only just entered at the last 32 due to their Supercopa de España commitments. But La Liga, for different reasons for both, is the priority.

Sevilla have a unique opportunity to challenge for the title, while Barcelona need to finish in the top four and secure a place in next season’s Champions League at all costs – for financial reasons as much as sporting.

This sense of immediacy is what makes Tuesday evening’s clash so interesting. Victory for either side will set them up well for 2022, especially if they can recruit intelligently during the January transfer window.

A defeat for either side, however, would be a real blow, slapping down any positive momentum that had been building.

The atmosphere at the Sánchez-Pizjuán, as ever, will be hot, and there’s a lot more than three points at stake.