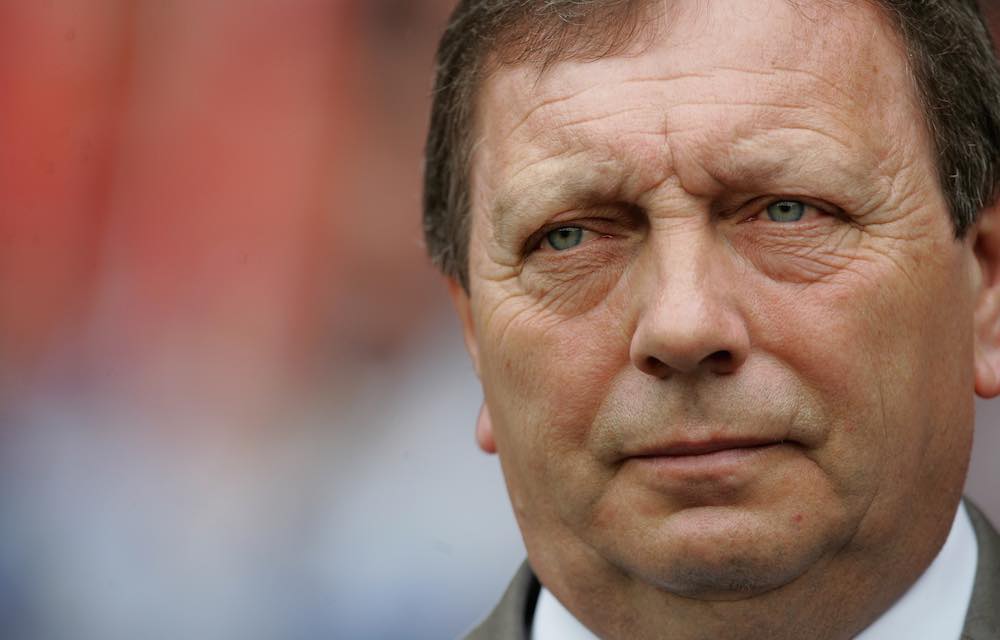 You managed Arsenal women for 22 years and then worked with the men’s team alongside Arsene Wenger for many years. What does Arsenal as a football club mean to you?

“Arsenal has in effect been my life. I was born in Islington and to be part of the club was a real honour for me.

“To leave a legacy with Arsenal women makes me very proud. Even if I had not worked professionally in football, Arsenal would always have been my life as I am a supporter first and foremost.

“I attended my first game at five years of age with my father and then as I grew up, I watched the first team and reserve games on my own before joining the club in a professional capacity.”

You won 33 trophies in 22 years including 11 league titles, 11 FA Cups, 10 League Cups and the Champions League. How proud are you of achieving everything that there is to achieve in women’s football with the club that you love?

“It was a long, hard road and one that was really difficult at times but we always strived to be the best and achieved numerous honours as you have listed.

“Winning the UEFA women’s cup was the pinnacle of my career. We are now over a decade on and no other English club has matched that achievement yet.

“That was a moment of history for Arsenal and English football and one that I am eternally grateful to have been involved in.

“I have to thank the football club for the support that they gave me. David Dein was always an ally of Arsenal women and myself.

“He was my conduit with the board and he would present our case to the board if we ever required funding for something.

“Arsenal would not be the club that it is without David Dein. I have so much gratitude to him for what he has done at Arsenal over many decades and for his friendship to this day.

“David always commented that he was proud of what my teams were able to achieve in helping grow the profile of women’s football.

“It also meant a lot to me when Arsene Wenger praised me for being able to build several teams over the decades while remaining consistent at the highest level.

“We used to have a laugh together when both squads would get a photo taken together and at times we (Arsenal women) would be the only team with a trophy.

“That was not so good for the chaps but Arsene won so many trophies at Arsenal so that did not happen too often, thankfully.” 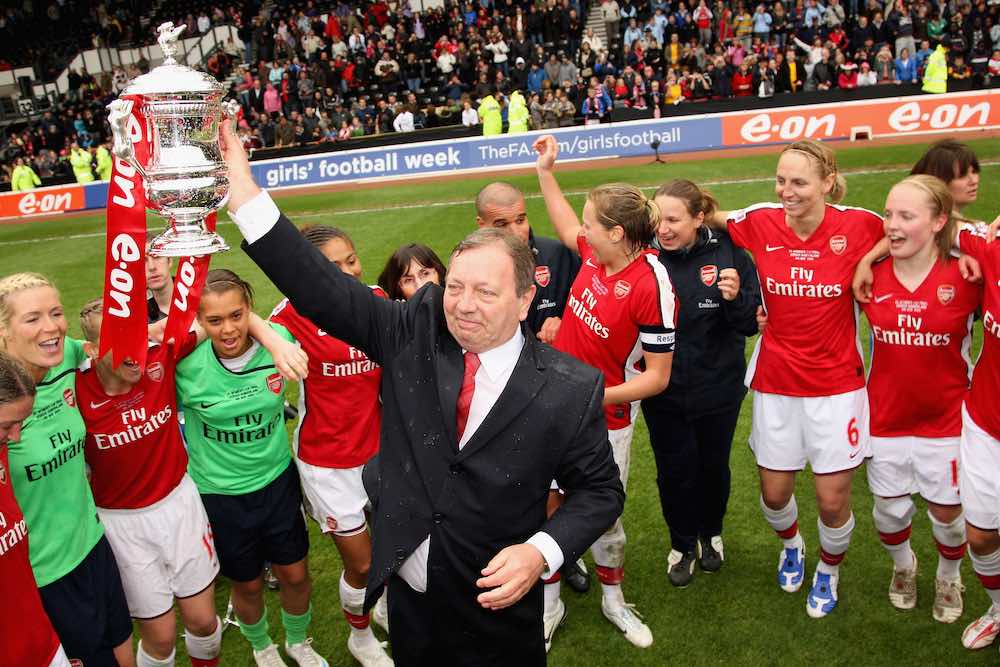 Given your experience of managing in women’s football for over two decades. How would you describe the evolution of the game?

“It was very different when I started as finances were very limited as was media exposure. Those were the main ingredients that we had to improve.

“Media plays a crucial role in letting young women see football as a career. You have to see something to believe that you can be it.

“Thankfully, Sky and BBC are showcasing the game to millions of viewers now which will be a great help for the game in the generations to come.

“One of the first games televised was the FA Cup final of 1993 that we played against Doncaster. We won 3-0 at Oxford and it was well overdue to be showcased on television even back then.

“Finances were always a challenge in the women’s game in the ’80s and ’90s but to their credit Arsenal have always been strong backers of women’s football.

“Unfortunately, too many other big clubs did not give it the same backing. Manchester United have only developed their women’s team in the last decade. That is great progress for the game but it was well overdue for a club of their size and stature in global football.

“Chelsea are now doing a great job at promoting the women’s game with their success under a former player of mine, Emma Hayes.

“She was a great player and person to work with and I was absolutely gutted that her Chelsea side lost in the European final to Barcelona last year.

“I honestly thought that if there was going to be another coach that would bring a European trophy back to an English club then it would be Emma.

“It was not to be last year but I still believe that she will do it. Emma is an exceptional coach who is highly respected across all levels of football.”

Emma was brilliant as a pundit for ITV during Euro 2020 and has been linked with managerial jobs in the men’s game. Do you believe that she will manage in the men’s game in the next five years? 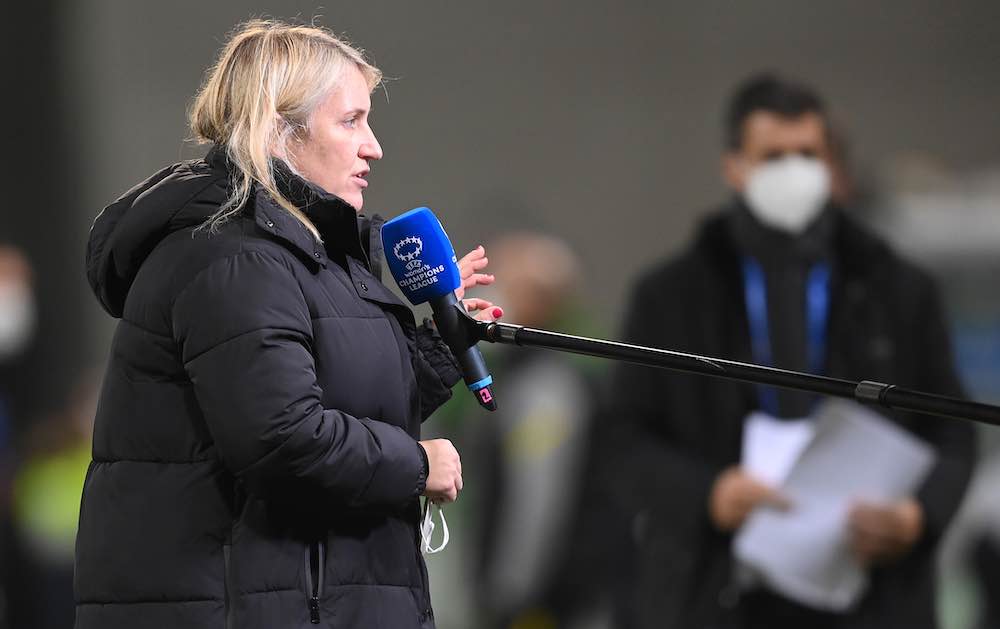 “That is a difficult question to answer because Emma has one of the biggest jobs in football at Chelsea women. She is challenging for the biggest trophies in the game every year.

“You compare that, with all due respect, to the AFC Wimbledon job that the media reported she was a candidate for, and you have to ask: could they tempt her away from a job like Chelsea and could they afford her?

“She earns good money at Chelsea and rightly so because she is an elite coach. I am not saying that she could not manage in the Championship or the Premier League one day but she may have to start lower down in the EFL to earn a job at that level in the eyes of some clubs and chairman, and I am unsure as to whether those clubs could afford her. I don’t think they could.”

You coached so many high profile players during your time at Arsenal such as Julie Fleeting, Alex Scott, Karen Carney, Leanne Sanderson, Emma Hayes and many others who are now working in the media. What was it like to coach players of their calibre?

“All of them deserve to be on television as pundits whether that be on male or female games because they know what they are talking about having played at the highest level.

“I was with Julie recently as a film is being made about her achievements in football. She is a great person as is her husband Colin.

“For her to have played for Arsenal was a massive plus for us. What is even more remarkable about Julie is that she trained in Scotland during the week and travelled down to play the games with us at the weekend before returning home.

“She racked up a lot of air miles but backed them up with a lot of goals and trophies which I’m sure made the travelling all worthwhile (laughs).

“Alex Scott is doing excellent work as a presenter as well as a pundit which is great to see too.” 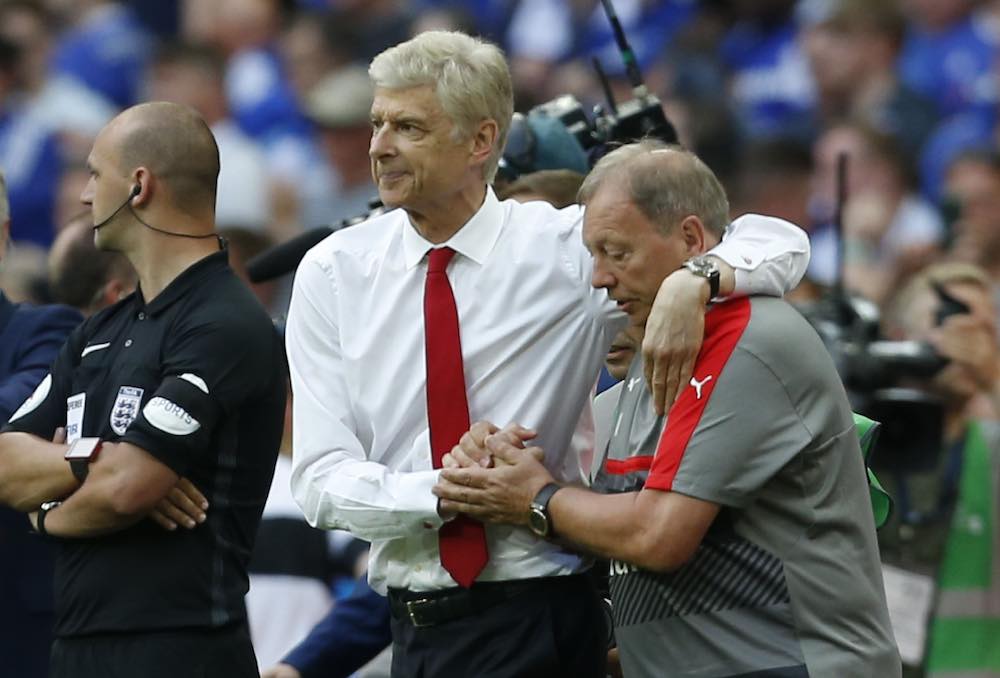 I have to ask you specifically about Arsene Wenger. Another Arsenal icon who has just had a film made about him. We know about the amazing success that he had on a professional level but what was he like to work with on a personal level?

“Arsene was fantastic with me always. He made sure everything was right by myself and anything that I ever asked him for, he gave me if he could.

“I have nothing but admiration for him. He speaks six languages and is highly intelligent on a range of issues.

“He regularly spoke to me about women’s football and still does. If I ever needed any advice then I could go to him anytime. His door was always open no matter how busy he was. That sums him up as a person.”

Last but not least, Vic, you played for Watford and Cambridge United as well as having a good career in non-League football. How do you reflect on your playing career?

“When I got picked by Bill Leivers to join Cambridge, it was an incredible moment for me as it was always my ambition to be a professional footballer.

“I thought the time had gone as I was 22 at the time but I thankfully was able to enjoy eight or ten years in professional which meant the world to me.

“My parents were alive at the time and for them to see me play professional football meant a lot.

“I never played for money neither did players of my era. We played for the love of the game and I will always love football. It has given me so much as a player, as a manager and as a supporter.”