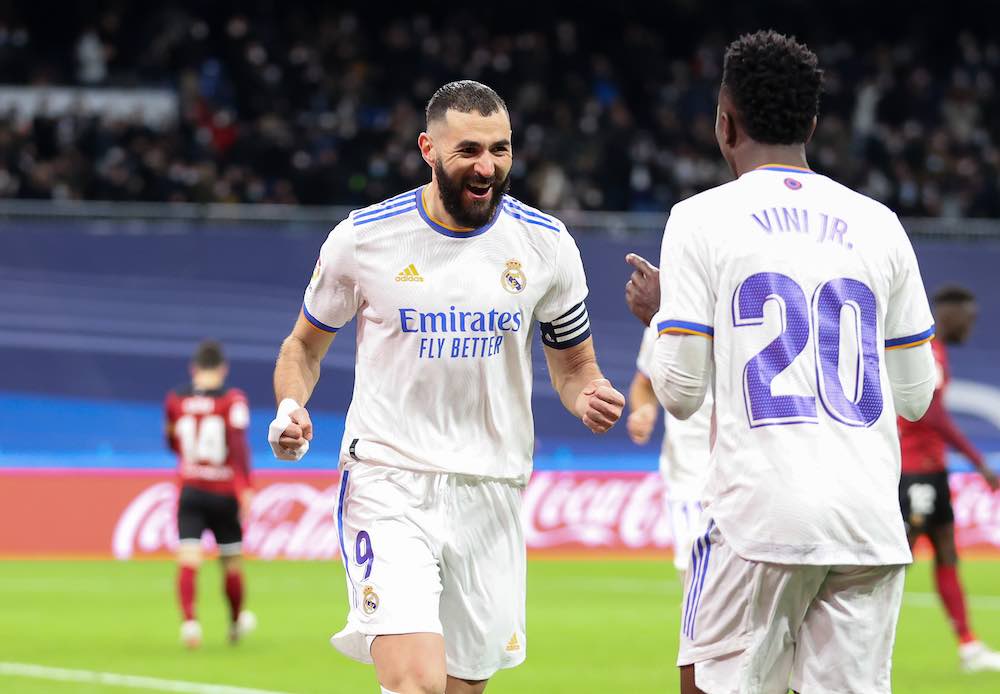 The pressure was on Carlo Ancelotti’s side ahead of Saturday night’s game against Valencia. They were going into it on the back of a 1-0 defeat against Getafe in their previous La Liga fixture.

Facing the pressure at Santiago Bernabeu with around 40,000 fans in attendance, Real showed complete dominance within the first 30 minutes of the game, creating chances and dominating possession.

Despite this, they were unable to break the deadlock until the 43rd minute, when Casemiro was taken down in the box and a penalty was awarded.

Captain Karim Benzema stepped up and buried his 16th goal of the season and his 300th for Real Madrid to give his side the lead at halftime.

The opening minutes of the second half saw chances at both ends, but it was the home side who were able to capitalise when Vinicius Jr made it 2-0 in the 52nd minute, assisted by Benzema.

Vinicius scored again nine minutes later after Asensio’s shot was fended off by Jasper Cillessen, with the Brazilian was on hand to head home the rebound from close range.

Minutes later, Real goalkeeper Thibaut Courtois was tested by a strike from Daniel Wass which he saved with class.

Valencia were awarded a penalty late in the game, and though Goncalo Guedes’ spot-kick was palmed away by Courtois, the Portuguese striker turned home the rebound.

In the 88th minute, just before he was replaced by Isco, Benzema secured the three points, scoring his second of the night after a quick, smooth setup from Dani Ceballos and Ferland Mendy.

Los Blancos will be back in action on Wednesday where they will face rivals FC Barcelona in an El Clasico clash in the semi-final of the Supercopa de Espana.