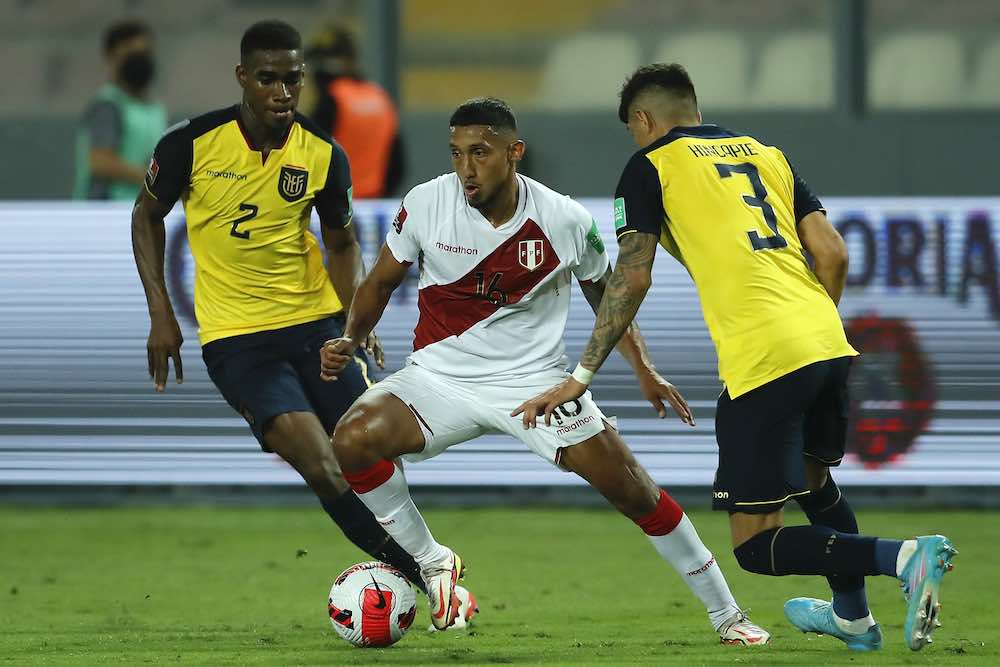 As the penultimate round of World Cup Qualifying games comes to a close in South America, we are now two games away from discovering exactly who will be making their way to Qatar.

Another side will have a last chance to qualify via a playoff against the 5th best side in Asian qualifying, most likely Australia who play Japan in their final group game. Japan need to avoid defeat to qualify, Australia must win to avoid the playoff.

In Conmebol, Brazil and Argentina are already qualified with both sides unbeaten in their 15 games played so far. At the bottom, Bolivia, Paraguay and Venezuela are prop up the table and will spend another tournament watching from home.

Ecuador currently sit in third place and are almost fully qualified with a minor miracle preventing this. With a +10 goal difference, the best the chasing pack can do to prevent them at least finishing fifth would be a huge goal swing and Ecuador losing heavily to Paraguay and Argentina.

They will likely secure their spot officially when they travel to a struggling Paraguay who haven’t scored since September 2021 when they beat Venezuela 2-1. Paraguay have since gone on a run of seven games without a goal and picking up two points along the way.

In fourth position, and the final automatic place are Uruguay who recently sacked former head coach Óscar Tabárez who had held the position since 2006, having also had a spell between 1988 and 1990 in the same role. 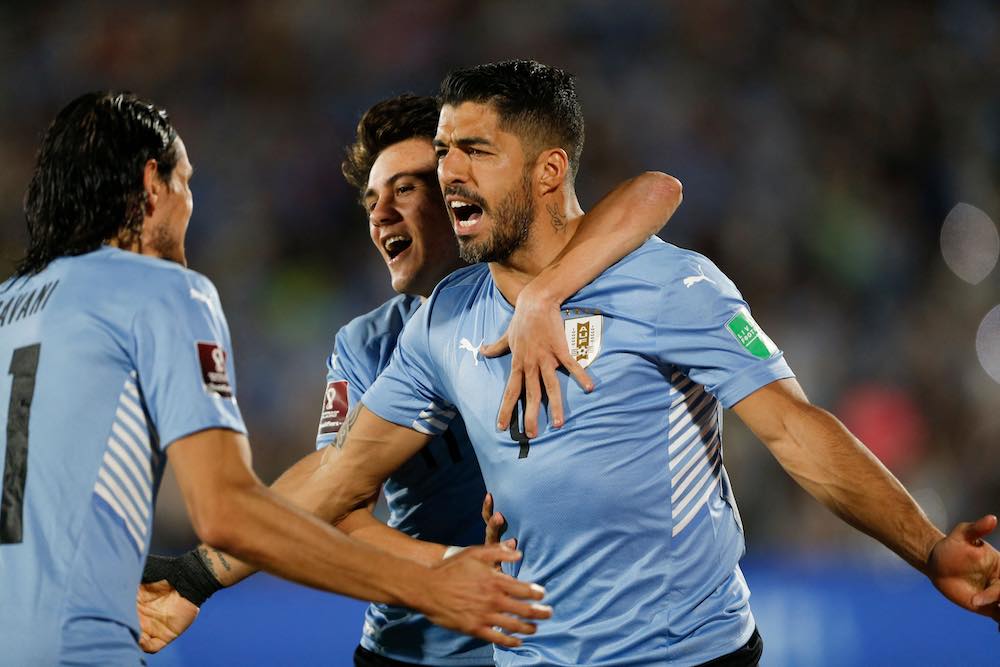 Former Inter Miami manager Diego Alonso has since taken over and got off to the best of starts with a 1-0 win over Paraguay and a 4-1 win over Venezuela in his first two games.

Uruguay ended a run of four straight defeats to put themselves in a strong position for qualification for Qatar.

Alonso has changed from the usual 4-3-3 or 4-5-1 to having two strikers in his starting line-up and with players like Luis Suarez and Edison Cavani, Alonso is hoping to be more offensive and aggressive than they had been.

Below Uruguay in fifth is Peru, occupying the play-off spot, one point behind Uruguay and two points ahead of Chile in sixth.

Peru won an astounding game over Colombia 1-0 after being under constant pressure for the whole game. A swift counterattack saw Christian Cueva play a perfectly weighted through ball for substitute Edison Flores to score past David Ospina in the Colombia goal.

It was an incredible result considering the 30 shots Colombia had, with Peru only managing four all game. The issue for Colombia, which we will get onto later, is that only two of theirs were on target. 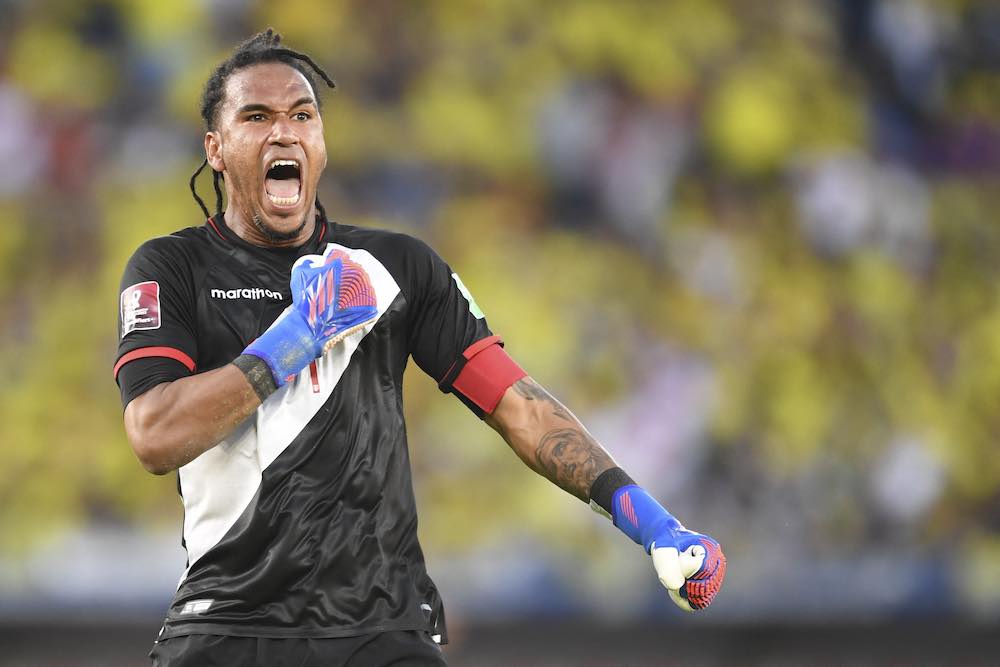 A dreadful start for Peru at home to Ecuador in their last match saw them a goal behind after two minutes. A seemingly innocuous long ball over the top from Félix Torres was misjudged by Peru centre back Alexander Callens and dropped over his head as he back-peddled onto the foot of Michael Estrada who gave Ecuador the lead.

After a chaotic first half short on quality, Ricardo Gareca made a double change at the break which revitalised Peru and added some much-needed dynamism. Peru equalised through substitute Edison Flores once again who, after a season of injury and lack of form, was showing why Gareca has so much faith in his ability.

Ecuador were annoyed, as before the goal one of their players had to go off injured though the substitute they wanted to bring on couldn’t find his shirt. The game continued with Ecuador down to 10 men until Diego Palacios was ready to come on.

Chile beat the odds and defeated the altitude in a waterlogged La Paz in their last game to win 3-2, with a man-of-the-match performance from Alexis Sanchez. It ensured his side are in sixth place behind Peru after losing 2-1 to Argentina in the other game this window.

Colombia are the others still in with a mathematical shout, though on current form it seems a very slim hope.

They are a country with wonderful attacking talents such as recent Liverpool acquisition Luis Diaz, Rademel Falcao, James Rodriguez and more, though they have not managed to score a goal in seven games.

They seem devoid of confidence and astounded by the position they are in though have a strong chance to pick up six points in their final two games, with a home match to Bolivia and away to Venezuela to finish qualifying. Though it seems it may not be enough.

Peru travel to Uruguay in their next game with Uruguay knowing a win could guarantee qualification should Chile lose away in Brazil.  Should this happen and Peru would remain one point ahead with their final game away at Paraguay being a must-win to claim the fifth spot.

Unless Chile can get a win in Brazil, Uruguay and Peru have the opportunity in their hands with Chile and Colombia relying on others.

South American qualification is once again showing it is the toughest in the world for the countries involved and will once again go down to the final day.

Anything can happen and the pressure is immense on all the sides fighting for the qualifying spots, and there will no doubt be many more twists and turns in the final matches to be held on March 24 and 29.