Wilf McGuinness On Life As A Busby Babe At Manchester United 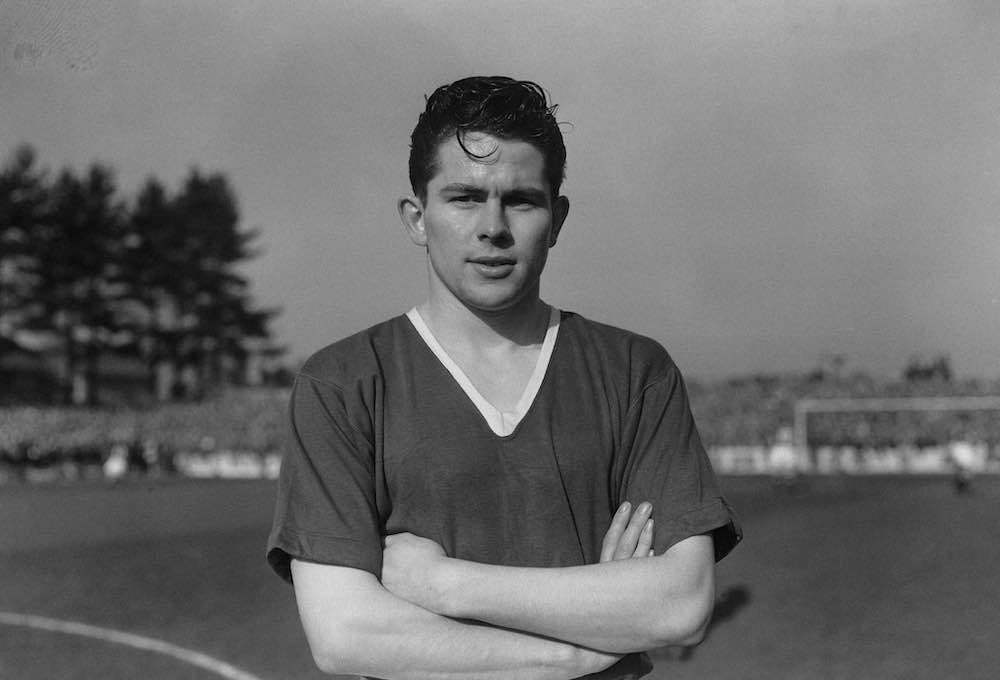 An interview with former Manchester United player and manager Wilf McGuinness, by Callum McFadden for WFi.

You won two league titles with Manchester United in the 1950s as one of the original Busby Babes. What are your memories of that era?

“It was a great source of pride for me and the lads. We all grew up together and won the FA Youth Cup together on numerous occasions.

“The club won it five years in a row in the 1950s and I won three of them before moving into the first team.

“Growing up with my fellow Busby Babes was a fantastic time. I remember going to Switzerland for the Blue Stars tournament which was my first ever trip abroad with United.

“It was a great experience for me. We were given spending money from the club while we were there and it was the first time that I had played against foreign opposition. That was an important experience in my development as a player.”

What was it like to play for and work under Sir Matt Busby?

“It was terrific to work with Matt. He was such a gentleman.

“His assistant Jimmy Murphy was different to Matt. He was a hard man who complemented Matt well. Jimmy coached me in the youth team and I credit him for helping to make me an effective player. He taught me a lot.

“Jimmy also had an influence on my son Paul and inspired him to become a coach. He was a tremendous man who knew how to handle players.

“Hard but fair is how I would describe Jimmy. He stuck a good balance and you always knew exactly where you stood with him.”

I have to ask you about the late Dennis Violet and Duncan Edwards. How special were both of those guys as players?

“Dennis was a great player. A goal scorer and a clever footballer. He was skilful and we all thought very highly of him from the moment that we first saw him play. It was a joy to play alongside him.

“Off the pitch, he was a dapper lad and enjoyed himself in all aspects of life. He was a man about town whereas I was not (laughs).

“I had a couple of regular places that I liked going to but as a team, we did socialise together and we always had a great time in each other’s company.

“We would sometimes go out with our club blazers on and anytime that we did, we would be allowed to go to the front of the queue at the cinemas in Manchester which was a nice memory.

“Duncan Edwards was a great footballer. We used to say to him before games, ‘Go on Dunc, go and show them who you are!’

“He was a strong lad who was a tremendous footballer. We loved playing with him and knew we could give him the ball in any position on the pitch. He could do everything.

“He played for the first team and the senior England side, yet would still be happy to play for us in the youth cup because he was still eligible.

“Jimmy Murphy told us younger players at that time not to be overawed by having him in our team. He told us to play our own game but unfortunately, we were two-nil down before halftime.

“There was a fan in the crowd behind Jimmy Murphy shouting ‘Where is Edwards now?!”

“So at half time, Jimmy said forget what I said before the game. Give the ball to Duncan at every opportunity.

“So, we duly did and he scored two or three goals in the second half which led to Jimmy turning around to the fan who had been shouting at him and saying ‘There you go. That’s effing Edwards’ (laughs).

“That summed Duncan up. He was special and thankfully as a team, we were a special group too. He would have been the captain of England for many years if it weren’t for the horrible circumstances in Munich.” 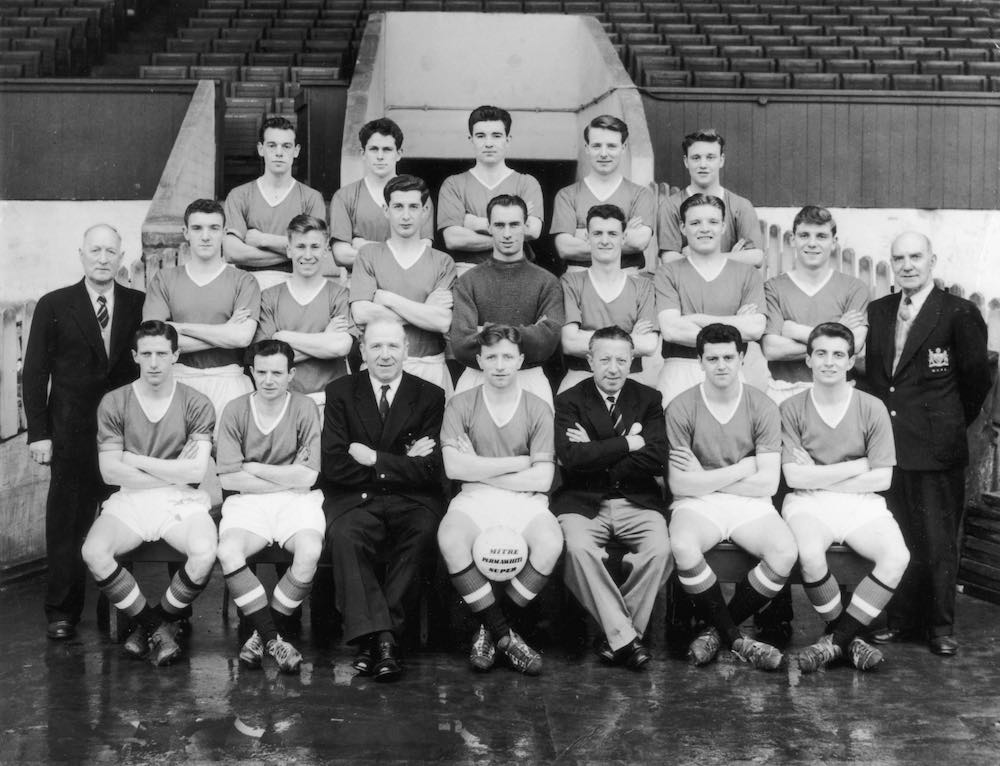 Given the awful tragedy of Munich and the passing of many of your teammates and friends. How special was winning the European cup in 1968 as a coach?

“People forget that as Manchester United we played two weeks after the crash, won, and got to the FA Cup final in the same year.

“We did not win the youth cup in 1958 as we got knocked out with most of our youth team playing in the first team.

“Our youth team centre forward Alex Dawson scored a hat-trick in the semi-final of the FA Cup never mind the youth cup.

“You can only imagine but if it were not for the crash then I think we would have won the youth cup for a sixth time.

“It is also widely forgotten that the year after the tragedy we finished second in the league with a patched-up team of youth and new signings.

“We wanted to succeed for the lads and for United. We played every game after Munich for those lads and they were always in our thoughts and a part of what we did.

“However, to answer your question, to go back to Wembley ten years after Munich and win the European Cup with eight homegrown players was extraordinary.

“We were all united as a group and determined to succeed. We did everything that we could to be successful and were a great team.”

You replaced Sir Matt as manager of Manchester United. You are one of 22 men to manage the club full time. What was it like to manage such an iconic club and how do you reflect on it now?

“I am the youngest manager to ever manage the football club which means a lot to me.

“Overall, I did not have the luck that you sometimes need in football. I took the club to five semi-finals and just missed out on getting to a final.

“It was great to work with members of the team that were successful under Sir Matt at Wembley in 1968 however naturally, they were ageing. For example, Sir Bobby Charlton was the same age as me when I managed him.

“I have to say that Bobby was a great player. I am proud to have played and managed the football club. Overall, I loved my time at Manchester United and what we achieved.”

Last but not least, you have had a great life in football, as has your son Paul who is still working at the highest level for Leicester City following a successful spell with Manchester United and the FA. How proud are you of your achievements in football and what Paul has gone on to achieve too?

“I am very proud of Paul working at Manchester and the FA, as I had. I am glad to see him now work for an ambitious club like Leicester City.

“I played at England at all age groups and then worked with the youth sides as a coach in my mid-twenties and we won the World Youth Championship.

“I then worked at the pre-tournament preparation for the 1966 World Cup as part of the coaching staff under Sir Alf Ramsay at Lilleshall.

“I did not go to the World Cup on the staff, however, Sir Alf promised me that if we reached the final that he would bring me in for the final which he duly did.

“My job ahead of the World Cup final was to look after the players’ wives who were going to a show on the night before.

“I was with the squad pre and post-match too and to be in the dressing room after we had won the World Cup was special.

“The banquet to celebrate winning the World Cup was an interesting one. Such were the times that we were living in during the 1960s, the players’ wives were not allowed into the banquet.

“They had a separate room that the FA provided for them to celebrate and I was based with them as I was helping look after them in the lead up to the final.

“However, Sir Alf Ramsey came into the room and summoned me to the main room with the players. He asked me to sit next to him and that meant a lot as it showed just how much he thought of me.

“I am very proud of my football career and to have worked with managers such as Sir Matt and Sir Alf. To be able to share those moments in 1968 and 1966 was truly terrific.”