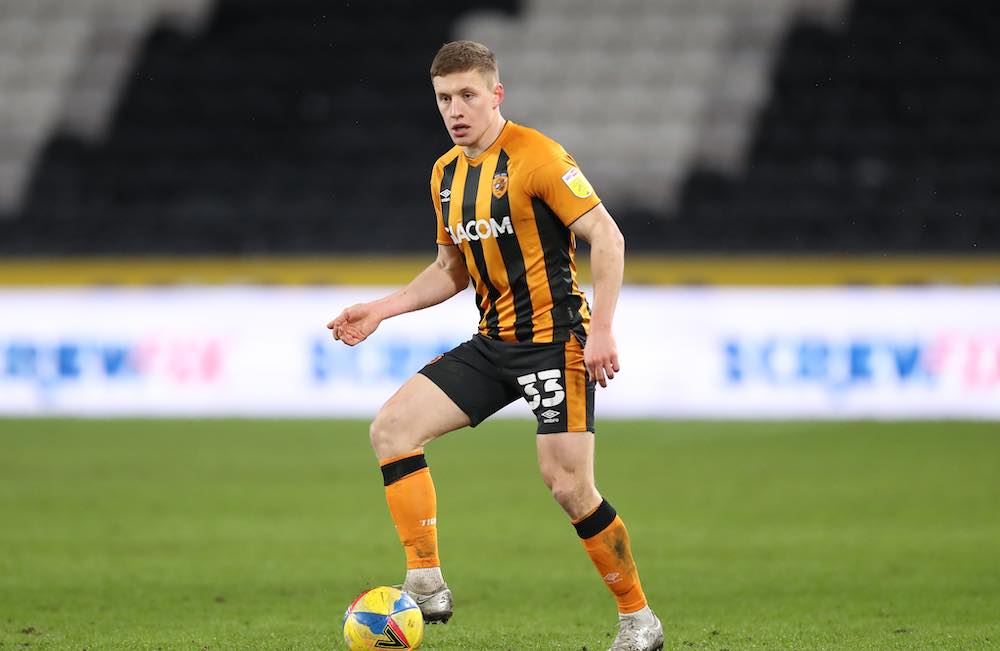 An interview with Hull City midfielder Greg Docherty, by Callum McFadden for WFi.

You signed for Hull City in August 2020 and the club won promotion from League One as champions in your first season. How do you reflect on your time at the club so far?

“Really positively. Coming down here nearly two years ago now was a real challenge for me. I saw it as an opportunity to right some wrongs with how my career unfolded the previous year. So to be part of a team that won a league title was great because it does not come around often in any player’s career.

“It was just disappointing that the fans were not able to be with us celebrating the success due to Covid-19 restrictions on crowds, but we celebrated the success together as a group of players and staff.

“That season will live with me for a long time as no one can ever take that medal away from me. It gave me belief in myself again and showed me that you can come out of the other side of a previous disappointment stronger and in a better place.”

This season has been your first taste of the Championship with Hull. With games coming thick and fast, I assume that camaraderie is key to progression as well as tactical awareness and coaching. Who are the big characters within the dressing room at the club?

“We have some big characters in the dressing room which is very useful especially as the games come thick and fast in the EFL.

“Josh Magennis is probably the most interesting person that I’ve ever met (laughs). He is well known in Scotland for being a bit of a character and he is always up for a laugh. He has two young kids and I think they keep him young and add to his humour.

“His humour and personality do not take away from the fact that he is also very serious and demands high standards on the training field too from all of us.

“Tom Huddlestone is another player who is crucial within the dressing room. He has played at the highest level for many years and he is a superb footballer. I actually remember watching him on Match of the Day while I was growing up when he was at Tottenham Hotspur alongside Luka Modric, Gareth Bale and co.

“He was also in England squads alongside Frank Lampard and Steven Gerrard which further emphasises the quality that he has. He is a humble player and he backed himself to come back after a year out of football which is admirable. I have learned a lot from him just as I did from Steven Davis at Rangers too.

“This club is huge and we were in the Premier League not so long ago. Our FA Cup tie against Everton earlier this season showcased how passionate our fans are and how much it means to the city.

“I love representing this club and our supporters because they follow us everywhere. It is great to have them back with us now that we are in the Championship.” 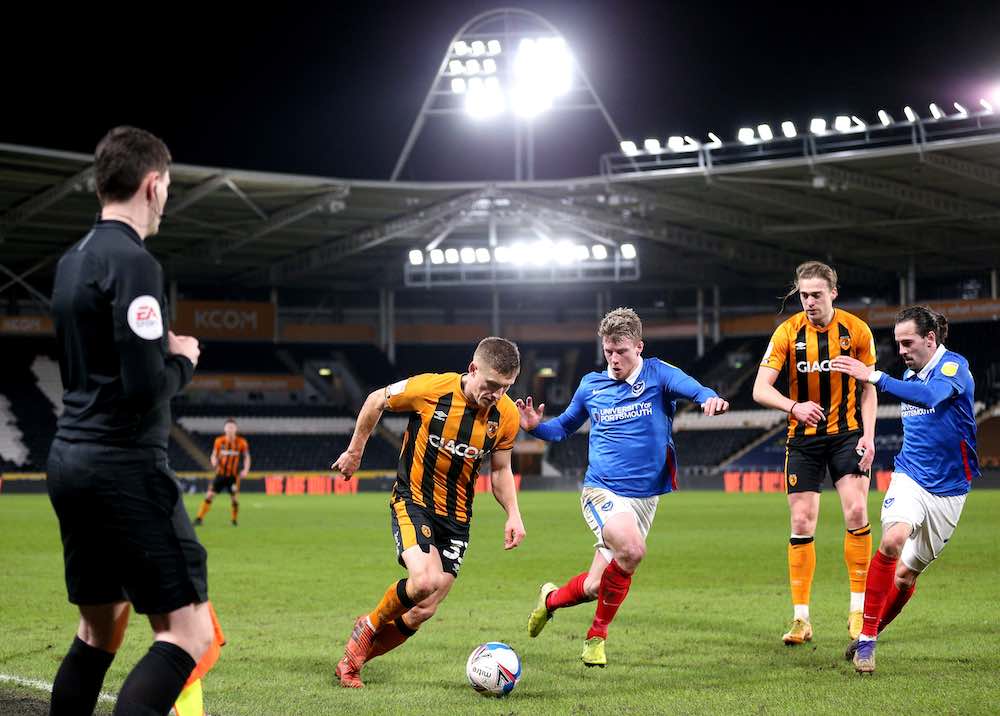 You started your career at Hamilton Academical at the age of nine progressing from the academy to the first team. What are your memories of your time with Accies?

“The club has always invested in youth and still do to this day. George Cairns [Head of Youth Development] would continuously reference the likes of James McCarthy, James McCarthur and Brian Easton as examples of players who had made the move to the Premier League from the academy at the club.

“The manager when I joined the club was Billy Reid and he would attend youth games and speak to the younger age groups to encourage us to see the pathway that was there at the club for us.

“That helped us when we got to the first team because we were used to around the first time and we knew that the progression pathway was there. Hamilton is the perfect club for a young Scottish player to progress through in many ways because they invest time in you and protect you when you get to the first team as well.

“I always wanted to play for the badge and I gave my all every time I pulled on the Accies shirt. I will never forget what the club did for me in my career.”

You made the move from Hamilton to Glasgow Rangers under Pedro Caixinha in 2018. You also worked with Steven Gerrard during your time at the club. How do you reflect on your experiences at Rangers?

“It never worked out as I would have hoped but any transfer in football has a risk element to it. There is no guarantee of success no matter how much a team pay for you or no matter what your reputation is from your previous club.

“I am from Glasgow and I grew up a fan of the club so maybe I put extra pressure on myself to succeed because I was so desperate to succeed.

“I know that I went into training every day and gave my all and that I could leave at the end of the day with my head held high. I was respected by my teammates and the coaching staff.

“The only frustration was that I was not involved as much as I would have liked and it results in you not feeling as much of a part of the club as you would like to. That is why I made the move to England and I am so glad to be at Hull now because I feel at home here and a big part of the club.

“Rangers was a great learning curve for me especially having joined the club from Hamilton. I grew as a person due to the experiences that I had with the club.”

You mentioned Steven Davis earlier. He has played at the highest level in England and Scotland winning trophies along the way. He has also won over 100 international caps. As a fellow midfielder, what was it like to train and play alongside someone of his standing?

“Steven is such a great guy. He is everything that you would want from an experienced pro. He has a great record at club and international level.

“He still had a great hunger and desire to learn even in his mid-thirties which sums up the professionalism he has. He looked after himself very well physically and was able to play almost every week which is a testament to his desire and fitness.

“What struck me most about Steven was his humility. Despite all that he achieved, he was humble and had time for younger players. He was everything that you wanted him to be and more.

“I watched him as kid growing up so to play alongside him was a great feeling and he couldn’t have been more helpful to me and I learned so much from him.”

Last but not least, you have represented Scotland at U21 level. Is representing Scotland an aspiration for you in the coming years?

“Absolutely. Scotland have made great strides under Steve Clarke in recent years as qualifying for Euro 2020 showcased.

“The midfield is very strong but the challenge for me is to play at the highest level possible and break into the squad first and foremost.

“I know that if I keep progressing at Hull City and play consistently in the Championship that I can put myself in good stead. I am under no illusions that it will be easy to break into the squad but I will do all that I can to impress the manager.

“Regardless of breaking into the side one day or not, I am a Scotland fan and all I want to see is Scotland’s success and progress. It is amazing to see how the current squad have galvanised the nation to believe in our national team again.

“I was at Wembley in the summer cheering on the side and it was great to draw with England. My challenge going forward is to work as hard as I can so that I can be playing for Scotland rather than watching as a fan.

“I want to be there as a Scotland player and I look at someone like John Souttar. He has some injury issues but got his head down and worked hard at Hearts which led to him earning his opportunity in recent squads.

“It is great to see someone like John get an opportunity through hard work and determination because he showcased on the pitch that he was able to make the most of that opportunity with a crucial goal too.”