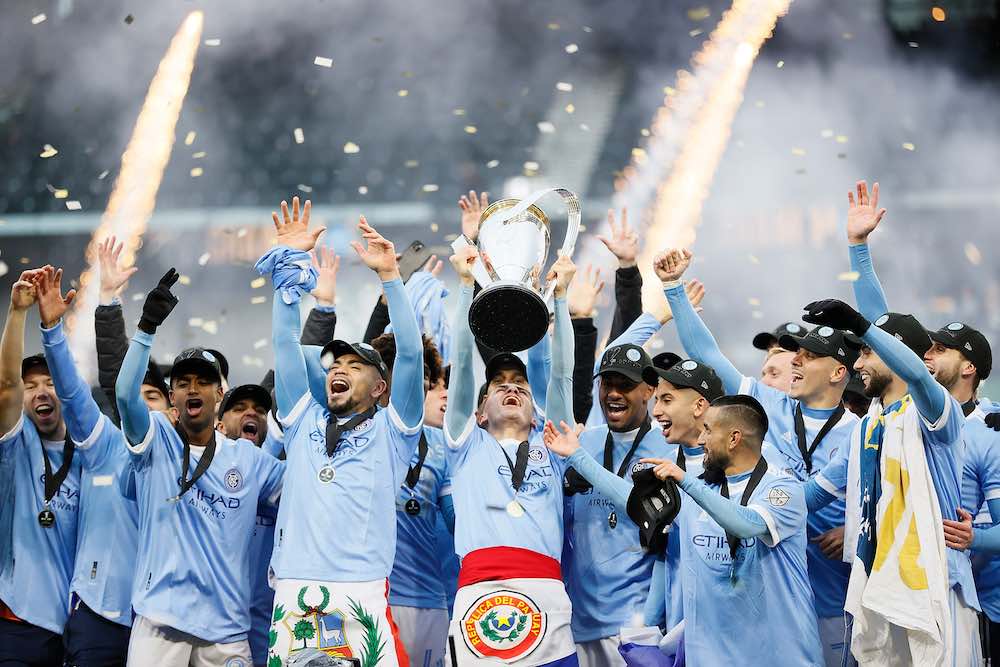 It had been a while since the state of New York had a sports team that they could be proud to call champions, however that has since changed in the last few months.

Indeed, traditional American sports where the state has a rich affinity with the iconic teams to have existed throughout history continue to provide some rather disappointing results. The NFL’s New York Giants and New York Jets are arguably the worst teams in American Football at the moment, whilst the New York Yankees and New York Mets have not tasted victory in the MLB World Series since the latter won in 2015.

Basketball has not seen a franchise from the region appear in the NBA Finals since 1999 when the New York Knicks were beaten by the San Antonio Spurs. Of course, the Brooklyn Nets appeared in consecutive finals since then but were known as the New Jersey Nets and played in New Jersey at the time, so for many, that perhaps does not count (we know the Giants and the Jets play in East Rutherford, New Jersey).

Nonetheless, less than three short months ago, perhaps one of the least popular sports – although admittedly increasingly growing in interest – soccer provided the Big Apple with some Championship success that the passionate sports state could celebrate.

New York City FC managed to lift the MLS Cup in Portland after managing to get through the playoffs unscathed and defeating the Portland Timbers 4-2 on penalties after the game finished 1-1 in regulation time. However, that success could be rather short-lived this season as the new Major League Soccer season has already begun and things started rather badly for NYCFC.

On the other hand, as we know there are two franchises in the MLS that represent the state, with the New York Red Bulls also involved in the competition. The organization is a perennial playoff contender as they have made the postseason 12 consecutive times and they have since made a good start to the 2022 MLS season.

But, what can we expect to see from the New York-based teams this season? Let’s take a look at each club rather closely and see what could happen throughout the campaign.

Given that they are the MLS Cup Champions heading into the current campaign, many look at New York City FC as the team to beat going forward. Indeed, many will be wanting to see them look to defend their title with honour and be as competitive as possible.

Unfortunately, as mentioned, the start of the new MLS season could not have started off in a worse way for Ronny Deila’s side as they lost their opening game on the west coast to the Los Angeles Galaxy in the final minute of the game.

Nonetheless, what may please the manager moving forward is the fact that they had managed to keep much of their title-winning squad together throughout the offseason and managed to limit any potential damage that could have been caused by possible departures.

That said, players such as Jesus Medina, Ismael Tajouri-Shradi, and James Sands – perhaps the biggest leaver – all left the club, although the latter was replaced by Thiago Martins, who became a designated player for NYCFC, whilst Thiago Andrade and Talles Magno should continue to step up.

For the team to be a success this season, a lot could rest on Maxi Moralez’s shoulders again, as he will need to make sure he can remain fit despite his ageing body. He has been one of the most influential players for the club in his five seasons, as the playmaker has 24 goals and a team record of 60 assists.

Moreover, Valentin Castellanos also needs to be kept ahold of, and whilst they managed to do this in the offseason, the summer could present a new opportunity for the striker. He rejected moves to South America, but if clubs in Europe come knocking, then it might be too hard for the talented marksman to turn down.

What are NYCFC’s chances of retaining the MLS Cup?

Given that NYCFC goes into the current MLS Cup champions, there will be a lot of eyes on Deila’s team and how well they go about trying to defend their crown. Indeed, New York is a passionate state that enjoys their sports, and perhaps even more so now that they can legally place wagers on the teams that represent them.

Indeed, there have been a number of sportsbook operators to have launched platforms such as WynnBET NY since the decision to permit online sports betting within the state’s borders went live and there will be some that will be interested in getting involved in betting on soccer for the first time, especially as one of their teams is the current champion.

However, there might be some fans that would rather prefer to place a wager on the New York Red Bulls, especially given that they have a strong history of making the postseason on a continual basis. As mentioned, the organization has made appearances in 12 consecutive playoffs, although those who are superstitious might want to think about avoiding the team if they make it 13.

Those that do perhaps consider the Red Bulls might want to take a look at recent performances in the postseason, as they have not been able to make it past the first round since 2018. Between 2010 and 2018, they reached the quarterfinals of the playoffs at least with every campaign played.

There are not many that will be backing the New York Red Bulls to be springing too many surprises by the end of the 2022 MLS campaign, although the season could not have gotten off to a better start.

Managed by Gerhard Struber, the NYRB managed to record a 3-1 victory over San Jose Earthquakes in their first contest of the new season, with three different goalscorers each finding the back of the net; a huge bonus for the club.

The Red Bulls really struggled in front of goals last season, with the team recording one of the fewest goal tallies last season, as their 39 only barely helped them into the playoffs last season. They have added some attacking threat to the team with Luquinhas from Legia Warsaw, whilst Lewis Morgan arrives from Inter Miami.

If these individuals, as well as Patryk Klimala, can fire on all cylinders at the same time – something the Polish forward has managed to begin already – then perhaps they will finally find the attack that they need and one that can finally end the long hangover that has been experienced at the Red Bull Arena since the departure of Bradley Wright-Phillips.

The defence was exceptional last season, with just 33 goals conceded in the regular season via the help of an outstanding Carlos Coronel who managed to pick up 13 clean sheets. More of the same will be needed in this third of the pitch if they are to have a successful season, although you do have to feel it is going to be down to the attacking contingent if the Red Bulls are going to have any chance of winning the MLS Cup this year.