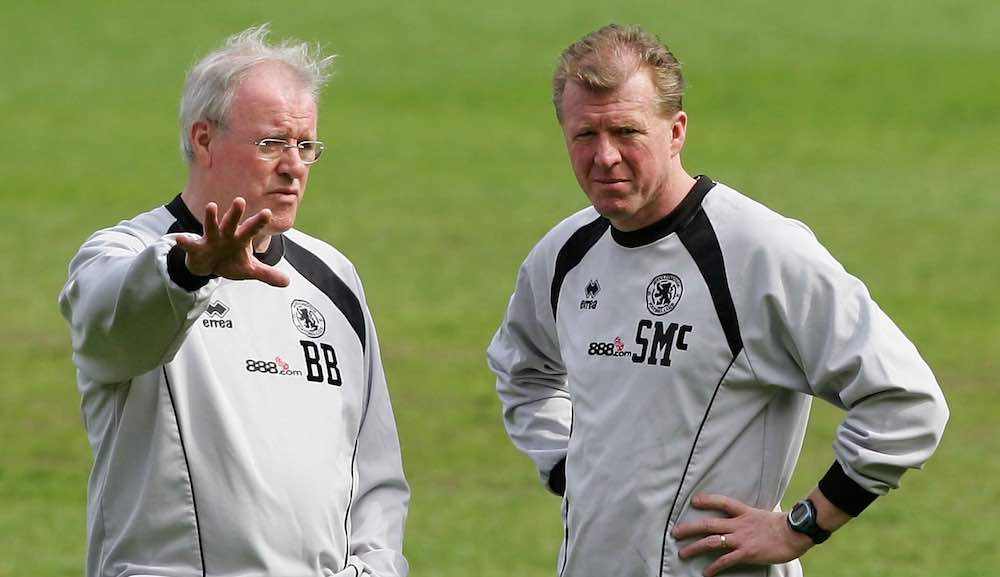 An interview with sports psychologist Bill Beswick by Callum McFadden for WFi.

You worked as a Basketball head coach and won a gold medal with your England team at the Commonwealth Games. How did you transition from a successful coach in your own right to becoming a sports psychologist?

“It was the coaching that led me to psychology because I began to realise that the more I coached England, all over the world, certain players responded well in pressure situations while others did not respond so well.

“I began to question performance and wonder why one player wanted to take a ‘game-deciding’ shot under pressure and why another did not.

“These questions were unanswered in coaching for me at that time. Coaching in those days focussed on the purely physical, tactical and technical.

“I quickly realised that the fourth dimension of coaching was mental and emotional. I became fascinated by it and attended a sports psychology conference in America.

“I knew then that this would be incredibly important for coaches of the future.”

When was the first time that you sensed that career in football as a psychologist could be possible?

“That was down to Mick Wadsworth who was the FA coach for excellence in the early 1990s.

“He invited me to speak to a youth conference at Lilleshall and there were three of us invited to speak. Three coaches from difference sports.

“I was tasked with speaking about what football could learn from basketball. For example, many within the game of football talk nowadays about gegenpressing though we had been full court pressing for years in basketball.

“When I arrived, he asked if I could offer something different to the other speakers so I decided to speak about sports psychology. It went down very well especially with one young coach in attendance.

“That coach was Steve McClaren. He spoke to me after the session and we connected.

“I had a lot of experience at the time and I was older than him. Steve was tough and open to learning. I first met him when he was an under 17s coach to chat and then he would call me once per week.

“He then asked me for a recommendation of a book for more learning and I did. He had read it within three days and called asking for another.”

Jamie Carragher gave a glowing testimonial of your work by stating that your book ‘Focused for Soccer’ really helped him.

He said, ‘I have always been interested in the mental side of the game, and Focused for Soccer was the first book that helped me understand the power of attitude and how to get the best out of myself.’

In your experience, have footballers and coaches always been open to learning and developing the mental side of their game?

“There was a massive reluctance at first. I entered the game in the old ‘macho-man’ days of players not wanting to be seen as weak by seeing a psychologist.

“However, the foreign players arriving into the Premier League helped change that perception as they were more open to speaking. Eventually, that attitude spread through the game.

“More coaches then started to come on board and be open to my work. It took off from there really because in essence good sports psychology can help a coach in their ultimate aim which is to win as many matches as possible.

“I have spoken before about a psychologist being a ‘stretch’ rather than a ‘shrink’. Our job is to stretch performance and that’s the nature of our role.

“I see myself as a performance psychologist because coaches appointed me to help them win. My job was to remove the barriers to mental and emotional performance for the betterment of the team.

“I would look at individual players who were underperforming and look to identify the barriers that could be impacting their ability to perform.

“I found success in clearing out mental and emotional barriers by working in unison with players and coaches.”

You worked with Steve McClaren for many years with Middlesbrough, England and Twente among others. Can you describe what Steve is like to work with from a professional and a personal perspective?

“Steve is a good guy. We’ve become great friends and I admired his philosophy of football.

“He would say that he would do what he did best — which is being a great coach — and leave me to do the rest. That worked very well for us.

“Steve had the same issues that all head coaches do and that’s pressure. You have the good times, the bad times and the in-between times, but we had a good time working together.

How much of your role as a team psychologist is built by the foundation of strong personal relationships with players?

“Relationships are crucial. I am so glad that I was a coach before I was a psychologist because I knew the language of coaches and players.

“I knew what made them tick. I was immersed in coaching across various levels so I had an inside edge in what engaged players.

“The essential point about my career was relationships with coaches and players. For example, many of the coaches that I work with now were players when I first met them.

“People come back to me for more advice and help. I honestly do not think that you can work on the emotional and personal side of someone’s game without having a strong relationship at the heart of that.”

“The greatest bravery in soccer is wanting the ball when your team is not doing well.” Bill Beswick

“Manchester United was a wonderful experience for me. I would never have left if it hadn’t been for Steve offering me the assistant manager’s job at Middlesbrough.

“I think I became the first non-player to become an assistant manager in the Premier League at that time.

“Sir Alex Ferguson was a great manager and United are a great club. I studied him during my time there and three things really stood out for me about him.

“He gave the team direction, he gave the team momentum and he consistently set high standards of expectation and performance each and every day. He was totally in control of the whole process.

“My time at Manchester United was a wonderful experience to be able to work at that level.”

I also have to ask you about Roy Keane who you worked with as a player at Manchester United but also was a manager when he moved to Sunderland. What was Roy like to work alongside?

“Roy had an unbelievably strong, competitive mindset. That was a part of his nature. Alex and Roy both shared the similarity of having a fighter mentally.

“Both of them epitomised a fighter mentality. They would fight every day, never give up nor accept being a victim.

“Roy was in many ways a crucial part of Manchester United’s success because of the high standards that he set every day.

“The other players had to reach them or they’d be told in no uncertain terms by Roy what they had to improve on. He was great at giving honest feedback.

“The view at Manchester United under Sir Alex at that time was if we can set the highest standards from Monday to Friday then Saturday would become easier. That was often the case as results from that era show.”

You worked abroad with Steve McClaren at FC Twente. Did you notice a difference between the mentality between Dutch players and English players in regards to how they approached football?

“Yes, there was a distinct difference in that the English game is wrapped up in the media, or the illusion of the game as I sometimes refer to it. This can distort the game somewhat by making it feel less ‘real’.

“Whereas in Dutch football, the game was very much a player’s job. It was not wrapped up in the media. It was more straightforward and less fragile. Less susceptible to shock horror stories.

“Being a footballer was seen as a good job. Something that you give your all to five days per week and whenever you played.

“Players on the main were intelligent about the game and loved debating their football. They looked for various solutions rather than one solution.

“That was crucial to the success that Steve and I had. I thoroughly enjoyed the Dutch culture.”

Phenomenal insight to player psychology from the great Bill Beswick during this time at FC Twente.

“The character of the player is revealed during a 90 minute performance.” pic.twitter.com/3UlB7Qcdpy

Finally, Bill, you reference the success that you and Steve had in the Netherlands. You won the Eredivisie title with FC Twente and beat historic clubs like Ajax, Feyenoord and PSV to do so. Does that achievement mean even more to you both now when you look at the dominance of Ajax in particular over the last decade?

“I think so because we did not fully realise at the time how significant it was. When you win a championship, it is not down to one thing. Not down to Steve McClaren or Bill Beswick.

“It is down to a number of factors to ensure that you have high and consistent levels of drive and momentum to achieve success over the course of a season.

“We had a good team with two outstanding personalities on the playing staff. Steve was at his best on the coaching field and we were strong in terms of managing injuries that season.

“We concentrated on the performances and the wins came to us. We worked every day to make the team as excellent as we could and the championship came to us. It was a great success.”