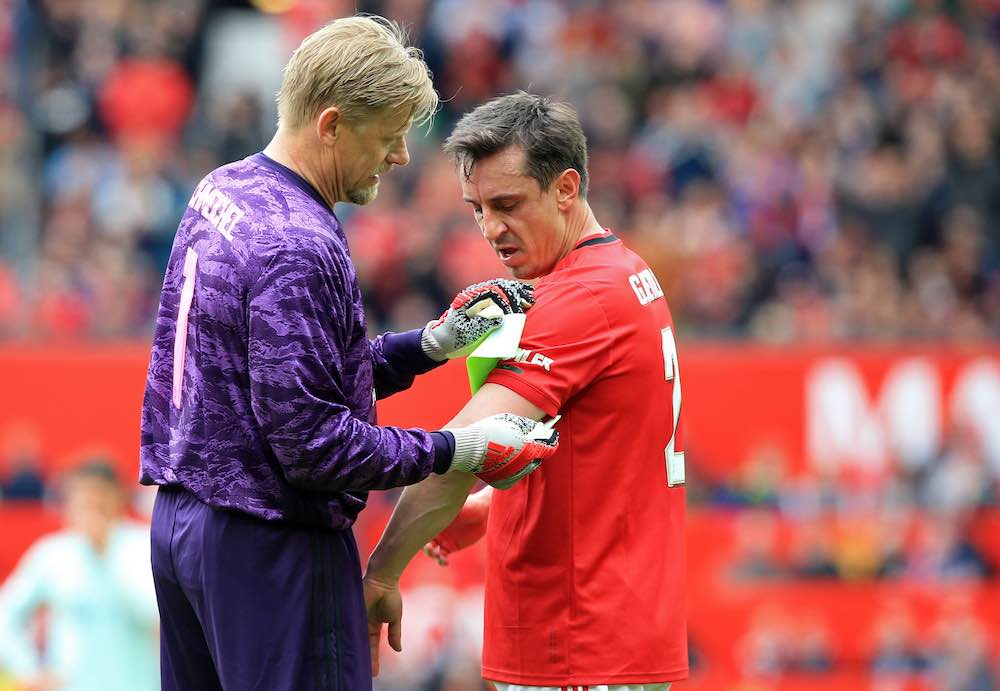 One of Manchester United’s most famous captains will return to Old Trafford to take part in the Legends of the North charity match against historic rivals Liverpool.

Manchester United legend Gary Neville is the latest player to be confirmed as part of Bryan Robson’s squad, and will captain the side for what looks set to be an epic clash between a team of United and Liverpool greats.

The full-back, who made 602 appearances in a 19-year, silverware-laden United career, endeared himself to the Old Trafford faithful with his passionate displays, particularly against Legends of the North opponents Liverpool.

Gary will now return to the Theatre of Dreams in his previous role as club captain, and is relishing the opportunity: “I’m really looking forward to stepping back out on the pitch and catching up with lads who I shared many great moments with,” he said.

“But we know the reason we’re doing this is for the benefit of the Foundation.

“I’m passionate about supporting young people in Greater Manchester and giving them the opportunity to succeed in life, and I know the Foundation does that so well. I’ve no doubt that United fans will come out in their numbers to support a great cause and I look forward to seeing them on 21st May.”

Since retiring from the game, Neville hasn’t been short of ventures to occupy his time, from TV punditry to hotel and football club ownership, but he has still found time to support the Foundation.

Back in 2019, Gary was joined by three of his fellow Class of ’92 graduates to take part in a football session with Foundation participants, ahead of the Treble Reunion legends match. Also present that day was Nicky Butt, who will join Gary in returning to the Theatre of Dreams on 21st May, along with other stellar United names including Patrice Evra, Diego Forlan, Dimitar Berbatov and Antonio Valencia.

All proceeds from the Old Trafford match will go to Manchester United Foundation’s work with young people across Greater Manchester. For more information and tickets please visit www.manutd.com/legends.