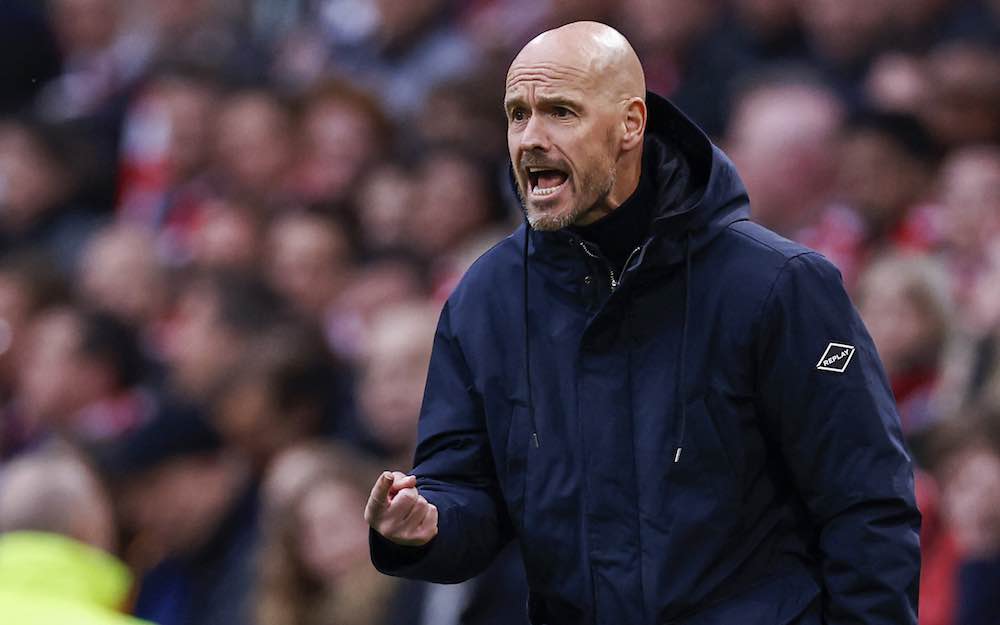 After roughly six months as interim manager, Ralf Rangnick can finally step back and allow an appointed manager to take his place at the head of the Manchester United table.

And who will be sitting in the king’s seat? One, Erik Ten Hag.

Hopefully, presuming work visas and other legal jargons don’t get in the way, Ten Hag has been appointed the new Man United as first-team manager from the end of the season.

There is a three-year contract coming with him and a lot of hopes and fears, so we hope he can take the pressure.

But what’s his deal? Does he really have what it takes to pull Man United out of their ongoing slump that famously kicked Ole Gunnar Solskjaer out the door?

Since the loss, or rather, firing, of Ole, there has been a rough road for the team, hit with problems on and off the field, making for a very dejected team putting on a “They’re doing their best” performance.

Is Erik Ten Hag the man to pull them out of this slump?

Who is Erik Ten Hag?

The current manager of Ajax is fresh off the hype of leading his team to a Champions League win in the 2020-21 season, but his good work goes even further. This is his second Champions League win with Ajax, and their first attempt got them to the semi-finals for the first time in 12 years in 2019.

So, he’s got the experience and wins behind him to be a solid choice for Manchester United. If we were betting enthusiasts, we’d be heading to a site like Mr Green sports betting to make some predictions, hoping to win a few quid down the line. It’s enough to have the Red Devil fans salivating.

In a statement released on the Manchester United website, the football director John Murtough said that he was impressed with Ten Hag’s long-term vision in bringing Manchester United up to the level that the higher-ups are expecting, with particular mention to his “attractive, attacking football” and a “commitment to youth”.

So, Ronaldo better watch his back?

After a brief year managing Go Ahead Eagles, Ten Hag really started his managing career in 2013 with Bayern Munich, where he gained a lot of influence from Pep Guardiola, who shared his love of an attack-heavy strategy.

Ten Hag deploys a 4-2-4 formation at Ajax, which hasn’t set him wrong so far, and his attack-focused strategy is something shared by Ralf Rangnick, who has been encouraging the team to keep the ball up the pitch then attack more as time goes on.

Perhaps the Man United players will be able to slot nicely into Ten Hag’s way of doing things. It would be a far cry from Gunnar’s “tactically flexible” approach, which, as we all know, didn’t do the team any favours.

What will the team think of him?

However, Ten Hag might have a battle ahead of him. The team has gone from one extreme to the other with managers over the past year, some blossoming and some shrinking under the change. Gunnar’s approach was to let players skip out on training as they felt like it, whereas Rangnick was seen as more of a drill sergeant.

Rangnick has done all the work to whip the Man United team out of Gunnar’s “Don’t think of me as a teacher, but a friend” approach to training. Ten Hag might have a ways to go to convince the more disgruntled players, like Ronaldo, who openly griped about Rangnick’s approach, to put in the work.