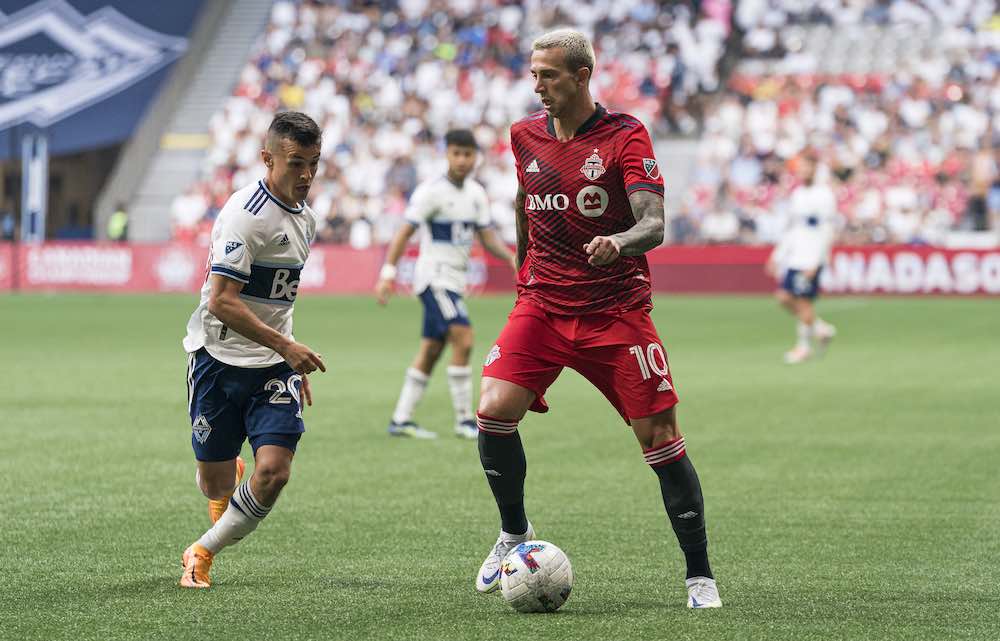 Toronto FC were defeated 5-3 on penalties by Vancouver Whitecaps on Tuesday night in the final of the Canadian Championship at BC Place.

With the game tied at 1-1 after 90 minutes, the game went straight to a shootout. It was the second time Vancouver had won the Canadian Championship, winning their first in 2015. In addition, they haven’t been in the finals since 2018.

Vancouver opened the scoring in the 19th minute via a header from Brian White. Toronto equalized in the 75th minute, as Federico Bernardeshi delivered an accurate cross with the outside of his boot to find Lukas MacNaughton, who headed home.

Toronto came off an impressive 4-0 victory over the weekend versus Charlotte FC yet struggled to follow up with a similar result.

Although the visitors had most of the possession (71%-29%) and outshot their opponents 18-14, including 6-5 on target, it was Vancouver who had the better chances on goal.

In the opening minute, Lucas Cavallini tested TFC goalkeeper, Alex Bono, with a strong shot from outside the box from Ryan Gauld’s cross. Bono stepped up to the task and palmed the ball towards safety.

In the 80th minute, Vancouver came close to regaining the lead. Ex-TFC player, Tosaint Ricketts, came down the left side unmarked yet his shot from point-blank range was perfectly saved by Bono.

Throughout the course of the match, Bono was focused and alert as he kept his side in the game. He made four saves with three coming from inside the box and three clearances.

Bernardeschi was also a bright spot for Toronto. He registered his second assist in as many games for his new club and used his pace and dribbling effectively to put himself into good scoring positions.

TFC’s lone goal came off a brilliant individual effort from Bernardeschi, as he was able to deliver an accurate cross from outside the box into Vancouver’s goal area, which led to MacNaughton’s first career goal with TFC. He finished the match with 69 touches, two key passes, five accurate long balls and one assist.

Toronto will aim to return to the win column on Saturday night as they take on the Revolution in New England. Vancouver plays the same night as they visit Nashville SC.