Jude Bellingham Is Now A Key Player For England 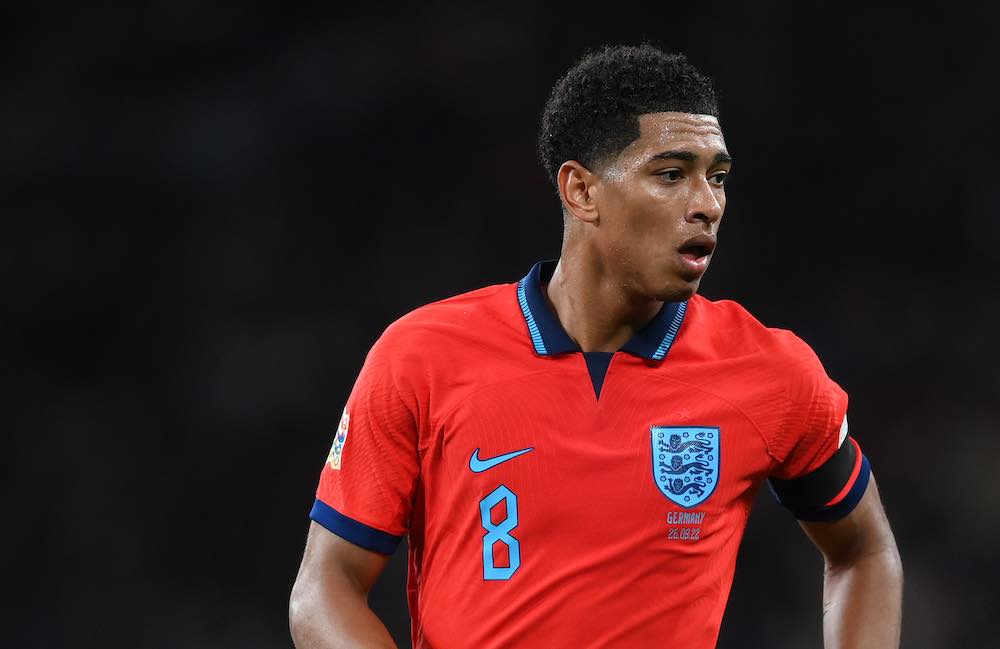 It has been a difficult period as England manager for Gareth Southgate ever since the disappointment of the Euro 2020 final defeat on penalties to Italy.

England had beaten the likes of Germany to reach the final and were able to compete for their first major trophy since 1966 at a packed-out Wembley.

There were disappointing and dangerous scenes as supporters stormed the stadium and many attended without a ticket to witness England’s defeat, missing their final three penalties.

Since then, Southgate’s side have lost some of the composure and ruthlessness they had once shown in front of goal. Sports betting sites are even ramping up their promotion of ‘next England manager’ markets, such has been the way they have not been able to control games and show their dominance against so-called weaker opposition.

Having lost Kalvin Phillips to injury for much of the time since the Euro’s Southgate has had to look at finding the right partner alongside Declan Rice if he is to continue with the same system he has preferred, with a back three.

The two central midfielders have a demanding role in the midfield, one in which Phillips brought so much energy to, in and out of possession.

Southgate’s central midfielders are not just defensive support to the back line and are not solely responsible for linking defence with attack. They play a huge role in the makeup of the side in all areas of play.

Jordan Henderson had been a dependable midfielder and captain for some time for England with a good engine to get up and down the field and break up play. He has turned 32 this year and is playing a smaller part on the field, but a key part of supporting players in the squad, especially the younger stars. One of which is Jude Bellingham.

Bellingham left Birmingham City for Borussia Dortmund in 2020, had his shirt number retired by the Midlands club, played and scored in the Champions League, and is now becoming an England regular despite only turning 19 this year.

Southgate called up Bellingham when injuries hit his squad back in November of 2020. At 17 years, 136 days he became the third-youngest player to represent England when he replaced Mason Mount in a 3-0 over the Republic of Ireland on November 12, 2020.

Strong in possession while having the speed and ability to time his movements forward show how vital he can be in joining the attack. On the other side of the ball, he works hard and has the discipline and intelligence to defend in an organised manner alongside a midfield partner.

He has developed so well at Borussia Dortmund to be one of the most exciting teenage talents in world football.  The leap he made from a Championship player with Birmingham City to a Bundesliga challenger with Borussia Dortmund, has almost been completely seamless.

As Southgate’s plans begin to be finalised with the World Cup there are a number of concerns being raised about the squad which has a lot of expectations.

Relegation in the Nations League has come at a difficult time and put more pressure on Southgate as manager. His side has had a terrible record, in particular being one of only two sides not to score from open play in this year’s tournament, alongside San Marino.

The squad needs refreshing and a player like Bellingham has shown his ability to lead, even at such a young age.

Southgate has young leaders in his side who can turn the fortunes of the side going into Qatar 2022.

At 19, Bellingham is the future of the side, in the heart of the midfield he is likely to play a prominent role in this World Cup alongside Rice. He has received plenty of transfer speculation with the demand for the midfielder high amongst the top clubs in Europe.

England are blessed with some exciting young talent and Bellingham has the ability to be one of the stars of the World Cup. This looks to be the time for Southgate to trust in his young midfielder with boundless potential to help England challenge for their second World Cup victory.