Vagner Love On Winning The UEFA Cup, Representing Brazil, And His Adventurous Career 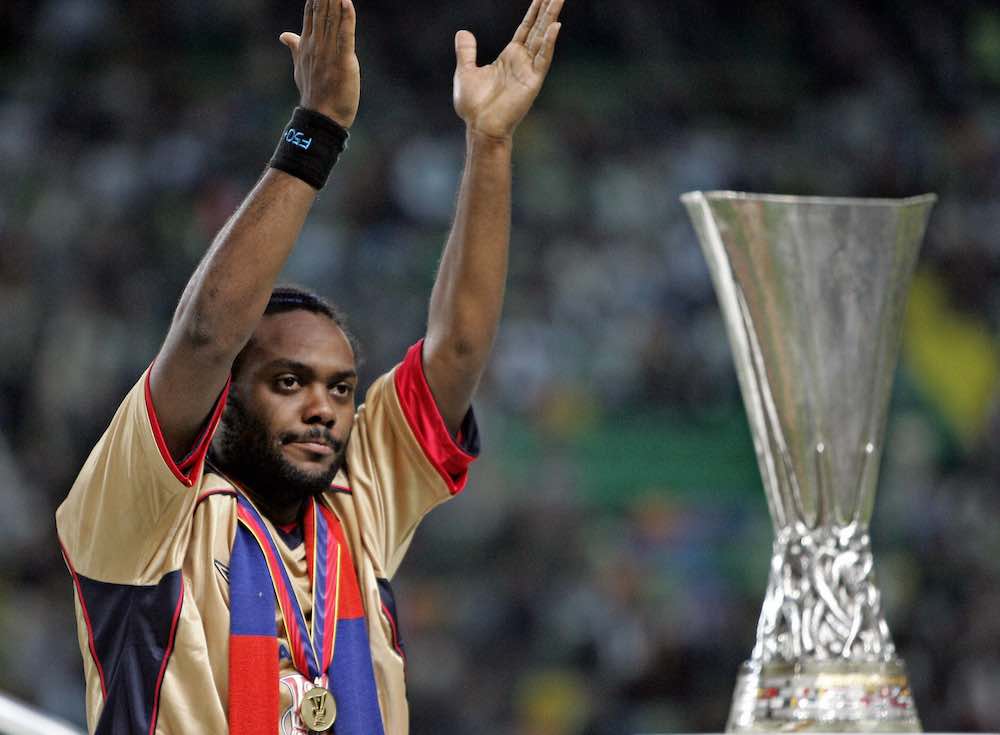 Brazil has more professional footballers playing abroad than every other country on the planet. A debut season away from home can be tough for players to adapt to, as they not only have to learn a style of football but a new language and culture too.

One of the greatest debut seasons away from home for a Brazilian belongs to the popular, Vágner Silva de Souza, more commonly known as Vágner Love.

Vágner Love spent his youth career at Palmeiras before breaking into the first team where he scored 47 times in 63 games, which included helping the club return to Serie A in 2003.

His performances in Brazil alerted the interest of European clubs and in the summer of 2004 Russian outfit CSKA Moscow captured his signature.

Vágner Love’s debut year was heroic. He scored 30 times as CSKA Moscow made history by lifting the UEFA Cup, becoming the first Russian side to do so.

After failing to make it out of the group stage of the Champions League, CSKA’s third-place finish ahead of Paris Saint-Germain saw them drop into the UEFA Cup, where they saw off Benfica, Partizan Belgrade, Auxerre and Parma to set up a final with Sporting CP.

Unfortunately for Vágner Love and CSKA, the final was played at the home of Sporting — Estádio José Alvalade. CSKA weren’t fazed by this though, as they ran out 3-1 winners. The then 20-year-old Brazilian managed to get himself on the scoresheet, not only to help his side lift the title, but to go down in history as the youngest scorer in a Europa League/UEFA Cup final — a record which stands to this day.

“I’ve always been a very determined guy,” Vágner Love tells WFi. “I’ve always believed a lot in what I wanted, so when I went to CSKA, I expected things to be very difficult.

“But I prepared myself, I arrived ready, I arrived to play, and I arrived very committed. I think that’s what made things work.

“The biggest difficulty at the time, of course, was the language, but on the pitch I knew that I could do things differently.

“So if things happened on the field in the best possible way, I knew that off it, things would be easy, so thanks to God I adapted very quickly because my performances were good.

“When things are going well on the field, for sure things outside will flow naturally.

“My memories of the 2005 season are the best, we were winning, we were playing game by game, the team was very young but very dedicated and after each match, we would say ‘we’re through this game, let’s go to the next one.’ We had our feet on the ground.

“In the final of the UEFA Cup, I was very happy to have won and to have scored that goal. It was a very important for me, for the club, for everything we were going through at that moment.

“My mother was at the stadium on the day of the final, so it became the most special title because she is my mother, she is the one who put me in the world, who gave me all the support to get where I am, so it was very special to have scored in the final.”

“To have helped CSKA win a European cup and having my mother there at the stadium will be engraved in my memory for the rest of my life.”

After impressing in Brazil’s youth teams, Vágner Love achieved the dream of every youngster growing up in Brazil — making his debut in the Brazilian national team, in a 4-1 win over Costa Rica in the 2004 Copa America.

Brazil would go on to win the tournament with a penalty shootout victory over their arch-nemesis Argentina.

Unfortunately in 2006, Vágner Love missed out on a place in the World Cup side, but a year later he was part of the squad for the 2007 Copa America in Venezuela, where he scored in a 6-1 quarterfinal win over Chile.

Brazil would go on to beat Argentina in the final, this time in a 3-0 win and without the drama of penalties, making him a double Copa America winner.

In total, he earned 20 caps for the Seleção, scoring four goals.

“At the beginning of my career I had the opportunity to be called up to the national team in 2004, even before going to CSKA, and I had the chance to be champion of the Copa America in 2004,” he says.

“I went to Russia and thank god I had good performances. After the World Cup in 2006 there was a change of coach, then there was a reformulation within the Brazilian team and I was doing very well at CSKA.

“I didn’t expect that I would have an opportunity like this, but I was very happy in 2007 to be champion of South America again playing with great players and I was delighted to be able to represent my country.

“Playing for the Brazilian team is always wonderful, isn’t it?! We are there representing the country, we are playing with the best players from your country.

“Thank god I had the opportunity to play with great players like Ronaldinho Gaucho, Gilberto Silva, Edu Gaspar and Kaka — to name a few!

“I am grateful and delighted to have participated with the Brazilian team, I have the best memories.

“I had the opportunity to do my best and they will be memories that will stay, that I will be able to tell my children, my grandchildren that I played for the Brazilian team, that I enjoyed playing for my country.

“It is a privilege to play in the Brazilian team and to be champion, and I will always be very grateful for that.”

Vágner Love spent five years at CSKA, before moving to Palmeiras and Flamengo on loan during the 2009 and 2010 seasons. His performances on loan at Flamengo earned him a permanent move there in 2012. Whilst at Flamengo, his 24 goals in 51 matches earned him a move back to CSKA for one final hurrah.

Vágner Love played 274 games, scoring 131 goals, before going on a footballing world tour where his lifting of silverware didn’t stop!

In 2014, he went to China with Shandong Luneng and lifted the Chinese FA Cup, before he returned to Brazil, to play for Corinthians where he would help them to their 6th Brasileirão title.

After that, he would play in Turkey, first for Alanyaspor where his 23 goals in 2016-2017 earned him the league’s top goal scorer award.

After a move to Beşiktas and a Paulista State Championship win with Palmeiras in 2019, Vágner Love embarked on another challenge and a new country.

FC Kairat of Kazakhstan would be his home for the next two years and the Rio native would once again be part of a team that made history.

First, the side from Almaty ended a 16-year wait to lift the 2020 Kazakhstan Premier League, a season which saw Vágner Love find the net seven times.

A year later, Kairat made it to the Kazakhstan Cup final, where they would meet Shakhter Karagandy.

The then 37-year-old scored a first-half brace to put his side 2-0 up going into the break.

Shakhter responded with two goals in the second half, taking the game to extra time.

Aydos Tattybayev would give Shakhter the lead, but moments later, FC Kairat were back on level terms through forward Artur Shushenachev, meaning the destiny of the cup, would be decided on dreaded spot kicks.

With Vágner Love going off just before Shushenachev’s goal, he had to watch on nervously, as his side edged it on penalties in a classic 9-8 win.

“All the countries I went to were a challenge, I always had a positive mindset, very calm, regardless of the country I was playing in,” he said.

“I went through Asia, Europe, and South America, and I always tried to do my best and that made me successful.

“Thank God I have never encountered difficulties in any of these countries. The difference, in my opinion, is just the language.

“I played in China, and I didn’t understand anything at all. In Russia, speaking Russian is very complicated, I learned very little, but I really had no difficulty. The differences were nice — cuisine, language, environment, they are totally different but thank god I managed to adapt to all of them.

“I had great moments, important moments in football. I am very privileged to be able to play this sport for a living!

“So it’s a game, it’s a final, and it’s a moment that will stay in my memory and it’s definitely the happiest moment of my career.”

After lifting the cup with Almaty, the 38-year-old spent some time in Denmark with Midtjylland, before joining Sport Recife in July of this year.

At the time of writing, Sport sit in sixth place in Brazil’s second tier and are two points from the promotion spots.

“Receiving the offer from Sport, I was very happy with the ambition that the club has to return to Serie A,” he adds.

“I saw that the club and the team have conditions to conquer this quest and that’s why I’m here. For sure we will fight until the end to achieve this goal.

“I really want to score goals here, because I know that when I score goals, I’ll be helping my team to gain access to victories and that’s it.

“My mission is that of Sport’s [to gain promotion], it’s the mission of the entire board, players and coaches and that’s what we’re going to aim for.”