Has Gareth Bale’s Move To LAFC Benefitted Anyone? 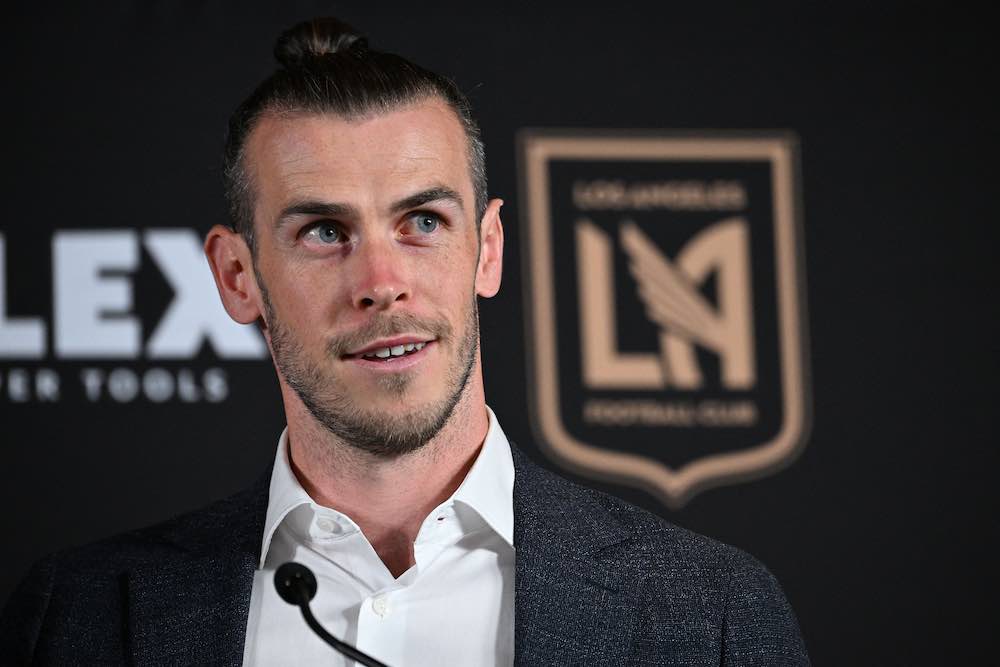 The former Real Madrid and Wales international superstar left the Spanish giants after his contract finally came to an end. “Finally” being from the perspective of Real Madrid, where Bale had barely featured in his final season after continuous issues with the club and the Spanish media.

Images after the game which saw Wales qualify for the 2020 European Championships of Bale holding that infamous flag with the words “Wales, golf, Madrid, in that order” pushed things beyond breaking point.

While for many this banner was funny, for Madrid it wasn’t. Bale had been accused by former Real Madrid player and Sporting director Pedja Mijatovic of getting his priorities wrong.

Chants from the Wales supporters based on his claims followed, and flags had been made, just like the one which had made its way onto the pitch.

Since that incident, Bale collected his wages and ran down his contract. His nine years in Madrid came to a bitter end, and as he packed up his kit in Madrid, he had his sights immediately set on Qatar 2022.

This will be Wales’s first appearance at a World Cup since 1958. The end of a long wait for generations of players and fans, and Bale will be pivotal to their plans once again.

For Bale though, after a season of little match practice, he knew he had six months to get back to full fitness to lead his nation and provide hope and pride to the whole of Wales.

His agent commented on a number of interested clubs, and rumours suggested his home-town side Cardiff City were keen to try and make a deal happen, but Bale made a decision to head to Los Angeles.

He brought the hype and excitement of a world-class player, who had won it all at club level, to Major League Soccer and fans were excited to see him in the flesh.

What we have seen though, has filled fans with mixed emotions. Bale made his debut off the bench in Nashville with an 18-minute cameo, where he wowed the crowd with a nice piece of individual skill to play a back-heeled pass.

Game two saw him get a little more time — 25 minutes — against Sporting Kansas City. Bale scored the winner after cutting onto his left foot from the right-hand side of the box. By game four at Real Salt Lake, Bale once again came on for the last 25 minutes and scored a wonderful solo goal to give LAFC a 4-1 win away in Utah.

LAFC and MLS fans could have been forgiven for thinking this was the start of the Welshman pushing on to being the superstar he has been in the past.

Bale then featured in eight more games for LAFC during the regular season, starting just two games but being replaced in both after around an hour in each.

In games where he started from LAFC, they earnt one point, in an away draw to Minnesota United while losing 4-0 to rivals Austin FC away in Texas. In this defeat, they were completely outplayed and Bale struggled to make an impact on the game.

Bale’s availability for his side’s opening playoff tie was listed as questionable leading into the game, and when the team sheet was announced his name was nowhere to be seen.

A leg injury had been reported and Wales fans now sit glued to the web for updates. LAFC head coach Steve Cherundolo gave some positive news though: “He should be back in training very soon in the next couple of days. In the next round, we should have a full roster.”

With just 347 minutes and two starts since his arrival, has the move really benefitted anyone?

On 13 September 13, it was reported that LAFC’s goal difference has been -7 with Bale on the pitch, while without him they have +32.

For LAFC this move seems to have done little to improve their fortunes, more putting a spanner in the works. Bringing in Bale seems like trying to fix something that wasn’t broken.

LAFC have a wealth of options in their forward line, which has also made it hard for Bale to find a place. Captain Carlos Vela plays a similar role, Cristian Arango has been the team’s leading scorer, while LAFC already had young player Kwadwo Opoku performing well.

Another spot has since been filled by Dénis Bouanga, who signed as a Designated Player and has taken a starting role with Vela and Arango in the front line.

Bouanga scored twice in their playoff tie with LA Galaxy with Arango getting the winner in a 3-2 victory. It highlighted this is the front three that look the most cohesive and dangerous.

With a one-year contract, LAFC appear to have hopes that Bale is happy and working towards being a big part of the team next season as well. It remains to be seen where his mind is after the World Cup.

Their talisman and captain set out to look for a side to help prepare him for the World Cup. He identified LAFC as a place to build match fitness in a competitive environment. Wales staff and supporters will have been keeping a keen eye on his progress which started strongly.

But this injury coming, and a long run of games where he has failed to make an impact will provide some concern.

There is no denying his determination for his country and his qualities as a player, but has this choice really given him the best opportunity to be match-fit and ready for the opening game in Qatar?

It appeared clear that Bale’s primary focus when finding a club was his opportunity to be fit for Wales. He signed a longer contract on a much lower wage than his Madrid contract, which can see him staying at LAFC for 2023 as well.

Playing in the heat in stadiums like Nashville’s and Austin’s, you could be forgiven for assuming maybe he underestimated the physical demands of the league.

Coming off the bench, as long as he is getting regular minutes doesn’t appear to be an issue for Bale, but after the first four games, his contribution in each has been much lower.

A huge part of his decision to go to LA was in part to enjoy football again. His time in Madrid had been difficult and for players to reach their best they need to be happy and enjoying the game.

“It’s hard to pinpoint but a happy environment, the fans are so welcoming,” Bale said of his move to MLS.

“Even in the away stadiums, they are not so bad, I guess. It’s just a family-friendly environment and it’s what football should be, the place where you bring your kids.

“It’s not hostile, and it just seems like a great environment in the MLS.”

No matter his thoughts on his contribution to the team, Bale would surely have preferred to have more influence so far at LAFC and some more goals to his name.

He appears to be in a much happier place, though. He can enjoy his football and go into the World Cup in a far more positive state of mind, something which cannot be underestimated.

For LAFC, they have a global superstar on a contract of around £1,420,000, which in comparison to others around the league is minimal.

They have someone who sold the most jerseys in 2022, he is bringing more attention to the club and the league from around the world. This is something which would have been a key factor in signing Bale.

And for Wales, their star is happy, content with life in LA and enjoying his football once again. While he may not be in peak physical condition and fully match fit, his mind will be focused and there will be no doubt he will give his all for his country once again.

From a purely footballing point of view, it seems this transfer hasn’t really provided many benefits to either party, though it seems the financial and off-field bonuses of Bale are just as important to the club.

LAFC have a maximum of two games left of their season, so it’s now or never for Bale to get those last few minutes of action before jetting off to Qatar.