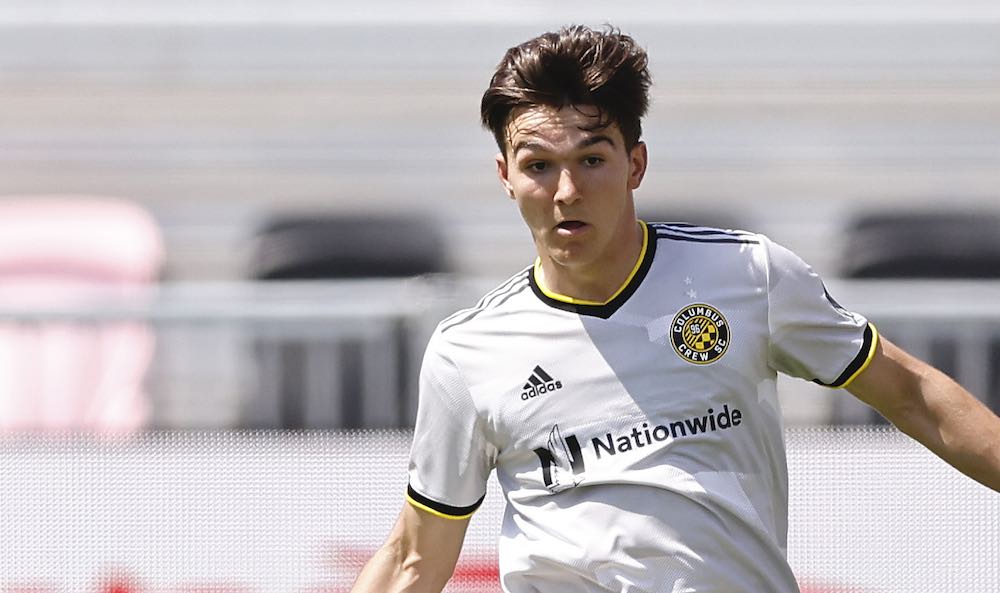 Most fans of Major League Soccer will be eagerly anticipating this season’s playoffs, not to mention a men’s World Cup with both the United States and Canada competing shortly after in Qatar.

For others — from MLS club back-office staff preparing their roster plans for 2023 to journalists and players — their attention is focused on this season’s MLS Next Pro.

The regular season is over, and the playoffs are in full swing, which has given us the MLS Next Pro Best 11 list as voted by the head coaches and Chief Soccer Officers at MLS NEXT Pro Clubs, as well as League broadcast and content teams.

Schulte had an incredible season with Columbus. The 21-year-old goalkeeper started 15 games, conceded just 15 goals, and kept 10 clean sheets on his way to helping his side win 10 of the 15 games he started.

Having been drafted 12th overall in the MLS SuperDraft earlier this year after a promising college career, he is physically strong, athletic, and able to be a strong leader amongst the group, as he was in college.

At 6 ft 5 in, he has the stature to dominate the box, coupled with his defensive organisation and shot-stopping ability, Schulte is showing excellent promise with Columbus.

He has two caps so far with the USA U20 and with Eloy Room turning 34 next year, he is looking to become the long-term future of the side.

2023 Season: Schulte will hope to make more inroads with the first team, although Room has a contract through till the end of next season.

Farsi has managed to get some time in MLS this season, making five substitute appearances.

The 22-year-old Canadian is an effective attacking fullback who was also a vital part of the strong defensive displays Columbus Crew 2 put in this season.

He had arrived after leaving Cavalry FC in Canada in December 2021 and joined Columbus in March this year. With two seasons of senior football at Cavalry, he made 38 appearances and won the Canadian Premier Leagues Best U-21 Player of the Year Award.

2023 Season: Having shown his potential amongst the first team this season already, it won’t be a surprise to see Farsi in a backup role to Steven Moreira next season.

Another Canadian defender, Hiebert came through the US college system where he attended Missouri State University in 2015. Injury forced him to delay his college debut till 2017 but that did not discourage the central defender.

He went on to be named MVC Defender of the Year three times running and signed with St Louis City 2 this year. He scored three times in 25 appearances for St Louis this season, while being a composed and reliable leader in the squad this season.

The 25-years-old centre-back managed to win 70.2% of his aerial duels and make 31 interceptions this season. He was also involved in 173 duels with a win percentage of 67%.

2023 Season: Hiebert will be part of the Expansion Sides roster though we await the decisions the club makes in the Expansion Draft later this year, as well as further transfer activity.

A key part of the side in MLS Next Pro, Talen Maples led the team as captain, with his side keeping 10 clean sheets in games he started.

Maples signed from Toronto FC who drafted him 72nd overall in the 2021 MLS SuperDraft and played one season for the Canadian side’s second team.

With Maples in defence Houston conceded 21 in his 22 appearances, while he made 16 interceptions and won 57.7% of his 104 duels. He was by far the most used in the passing game of other Dynamo defenders, making 928 passes with a 78.3% success rate, second place was Juan Castilla with 658.

2023 Season: The 23-year-old will hope that the change in management and the struggles the Dynamo have had in MLS this season could lead to the opportunity to step up into the first team and fight for some game time.

The Brazilian midfielder was a key part of the reason Rochester made their way into the playoffs this year. He is a tall, technically gifted player who may not be the quickest sprinter, but times his movements so well.

With five goals and five assists, he contributed to the attacking phase well. Often arriving for crosses or working the ball into the box with great dribbling or link-up play to find shooting opportunities.

2023 Season: Dolabella is 23 years old and will be hoping that his performances this season have raised interest in MLS, though another strong season with Rochester wouldn’t hurt his long-term development.

There are only two players on the list who didn’t make the playoffs and Jackson is one of them. His side finished 10 points off the pace, but Jackson proved to have been a key figure in the league.

Jackson was Minnesota’s top scorer with 10 goals and also contributed seven assists. He is a dynamic player with good feet and good movement. A slight build, he finds space and creates it for others, while also being able to carry the ball well. He made 46 successful dribbles this season, almost twice as much as next highest teammate Diogo Pacheco who had 27.

2023 Season: Often seen in more attacking roles, Jackson will be hoping to impress in the off-season to see if there are opportunities, though at just 20 years old, another season with the second team could help him develop further.

The central midfielder from Medina, Parente has proven to be the centrepiece of a dominant Crew 2 side. His role in the middle of the pitch keeps the ball moving from defence to attack.

He made five assists and scored six goals, while also having an 89.9% pass success rate from 815 passes. Crew 2 dominated their conference, finishing with 55 points, 14 more than second-place Toronto 2.

Parente controlled games well, was a composed head with the ball at his feet and was able to bring players into the game in dangerous positions for the opposition.

2023 Season: Now 22, Parente will hope to add to the six MLS appearances he made in 2021. He started one Open Cup match this season and could be promoted to the first team this year to add depth to the midfield, especially with his ability to create attacking opportunities.

At 2-1 down in the playoff game with Houston Dynamo, Vargas has already converted one penalty and had the chance to level the tie in the 91st minute. He chose to dink a Panenka which hit the bar. Luckily for him, his side drew level in the 94th minute and went on to win on penalties.

He is an extremely confident and exciting player who scored 12 and assisted seven in the regular season of MLS Next Pro.

Born in Bakersfield, he moved up to join the Seattle Academy in 2018 and was also included in El Salvador national team call-ups in 2021.

2023 Season: We could see a bit more of the forward in MLS next year, with Seattle being a strong promoter of academy talent. Vargas has the chance to add something in the forward lines a little different to what they have had this season.

With 16 goals in 24 games, Kamungo was one of the league’s finest goal scorers. All 16 goals came from inside the box where the left-footed striker can time his runs well while also finding space to receive and shoot.

Coming off the right and cutting onto his left foot to finish has become somewhat of a trademark goal for the attacker who is full of pace and potential.

He was born in a Refugee Camp in Tanzania in 2002 and moved to Texas in 2004 without knowing any English. He attended a tryout in 2021 with North Texas and has been a key part of the team since.

2023 Season: Kamungo has now signed with FC Dallas and his pace and direct style of play will suit the way the side play. He has some talented players ahead of him but could find some minutes in rotation next year.

Lynn is the other player on the list who isn’t part of the playoffs this season, but his goal return has been impressive as well as his contributions to the team.

He managed 15 goals and four assists this season since signing through the MLS SuperDraft at the start of the season.

More of a natural centre forward/poacher than the other two forwards on the list, he is always looking to find space to take a shot and being at the end of a pass rather than creating too often.

2023 Season: Lynn has seen a lot of rotation in the Orlando City MLS side up front and money spent on Ercan Kara as the Designated Player up front. He could have forced a bit more attention to find a spot in the rotation next season.

Having signed a first-team contract this season, along with Mo Farsi, Russell-Rowe has shown his qualities throughout the season as the league leader’s centre forward.

The league’s top scorer with 21 goals in 19 games has been a constant threat and shown excellent all-round ability as a centre-forward. He is capable of linking up play, dropping deep to receive the ball while also playing on the shoulder of the last defender.

At 20 years old he already has five appearances in MLS this year and made two assists in those games.

2023 Season: Though he has Cucho Hernandez ahead of him, Russell-Rowe has shown he is more than capable of performing at MLS level and will provide more depth and less reliance on Cucho next season.

MLS Next Pro has given clubs more opportunities to allow young players to play in more competitive environments and to prepare themselves better for the step to MLS.

Columbus Crew 2 especially have shown how strong the depth in their roster is, and we will surely see a number of these players making impressions on the league in 2023.