A Centre Forward For The United States 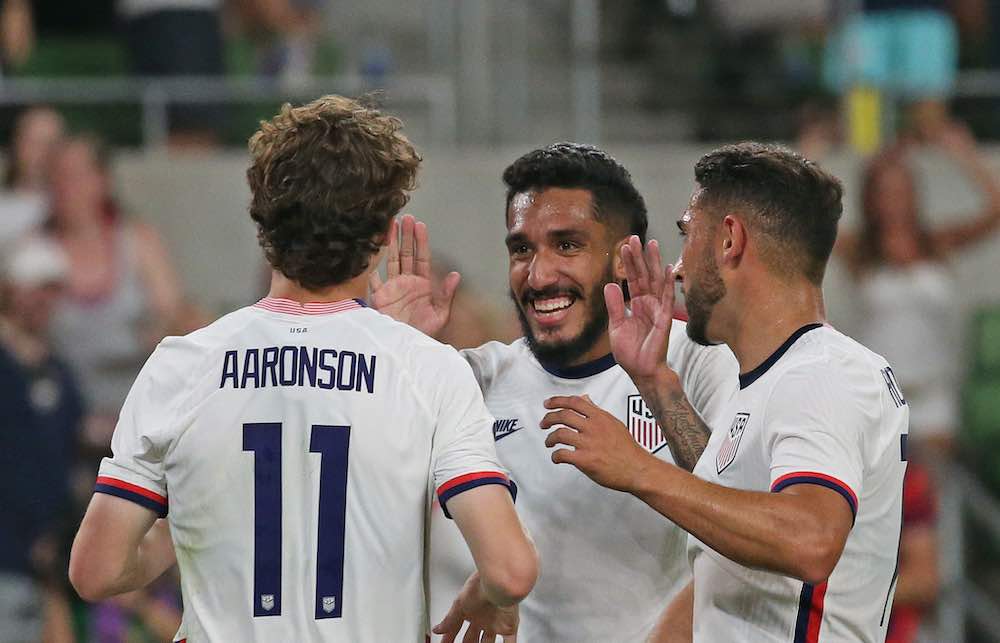 Without a goal in his last five games of the season, has Jesus Ferreira given the United States Men’s National Team fans something new to worry about? There are many positions in which to ponder selections, but striker may be the most important in Qatar.

Questions over who will start in goal have circled with Matt Turner and Zack Steffen both playing their club football in England, both having pros and cons to their selections.

The centre of defence still has a question mark over who will partner Walker Zimmerman. Is Christian Pulisic getting enough time on the field at Chelsea? And prior to Ferreira’s lack of goals, the issue had been who else is called up as backup. Even sites offering NFL betting guides are now branching out into USMNT predictions ahead of the World Cup.

Ferreira stamped his name on the starting eleven with a fantastic season for FC Dallas in MLS. He scored 18 goals in 2022 though failed to score in his final five games of the season as Dallas limped out of the playoffs to Texas rivals Austin FC.

Plenty of fans and media who follow the side had been citing the fact that there is little Plan B with these options. Three players who fit into the style of play Berhalter prefers, but what happens if a new approach is needed in to get back into a game?

All three forwards fill this false nine approach Berhalter asks of his strikers. Press high, work hard off the ball and drop in deep to link up play.

This can be fantastic when wide forwards can find space when the midfield can make those third-man runs to get in behind, but what happens when teams sit deep or the USMNT fail to make their possession count? When they can’t get the ball forward effectively and the striker drops deeper and deeper?

The USMNT warm-up games raised these concerns further after losing 2-0 to Japan and drawing 0-0 with Saudi Arabia back in September. Failing to register a goal, while also only registering two shots on target from 10 in total across both games (wyscout.com), added to a dip in confidence from outside the camp.

In a group with England, Wales and Iran, the hopes around progression were very high, though not overconfident. Now, there is still belief, but a realisation that things may not go their way, and if it doesn’t, what will Berhalter do?

Jordan Pefok, Hadji Wright, and Brandon Vazquez have all been mentioned as change-of-pace strikers, but only the first two have had a chance to show what they can bring to a USMNT camp.

Despite not receiving a call-up, while also being eligible for Mexico, Vazquez has been in excellent form for FC Cincinnati in an incredible season for the team in MLS.

One moment leapt out which may have been frustratingly difficult for Berhalter to watch during the first playoff game between New York Red Bulls and FC Cincinnati. Vazquez scored the winner for Cincy in that match but the way he did, outpacing while reacting quicker and stronger than Aaron Long to give FC Cincinnati the winning goal, would have been a hard watch.

Vazquez showed strength and a clinical edge against the front-runner to partner Walker Zimmerman in Qatar in just a few weeks’ time. The only thing saving Berhalter from an onslaught of calls for a player like Vazquez has been the rejuvenated form of Pepi.

Pepi’s move to Groningen in the Eredivisie has brought a new lease of life out of the young striker. With five goals in his first seven games for the club, he seems more confident and in coming into form at just the right time. Sargent himself has been in good form for Norwich City in the English Championship with eight goals in 17 games.

After a while of limited goals for USMNT strikers at club level, they seem to be showing they have what it takes while being in the right form to cause their opponents a headache in Qatar.

While Ferreira will probably go into the tournament as the starting striker, Pepi and Sargent can easily step in when called upon and the quality level is not affected. The issue will remain though, is there enough in these three to change games?

Berhalter’s decision on his strikers will be scrutinised and how they perform in Qatar will be analysed with a fine-tooth comb. Plan A needs to get the USMNT far enough to make fans happy as a lack of Plan B could cost Berhalter his job.