Are Potter’s Chelsea Better Prepared Than Arteta’s Arsenal To Win The Premier League? 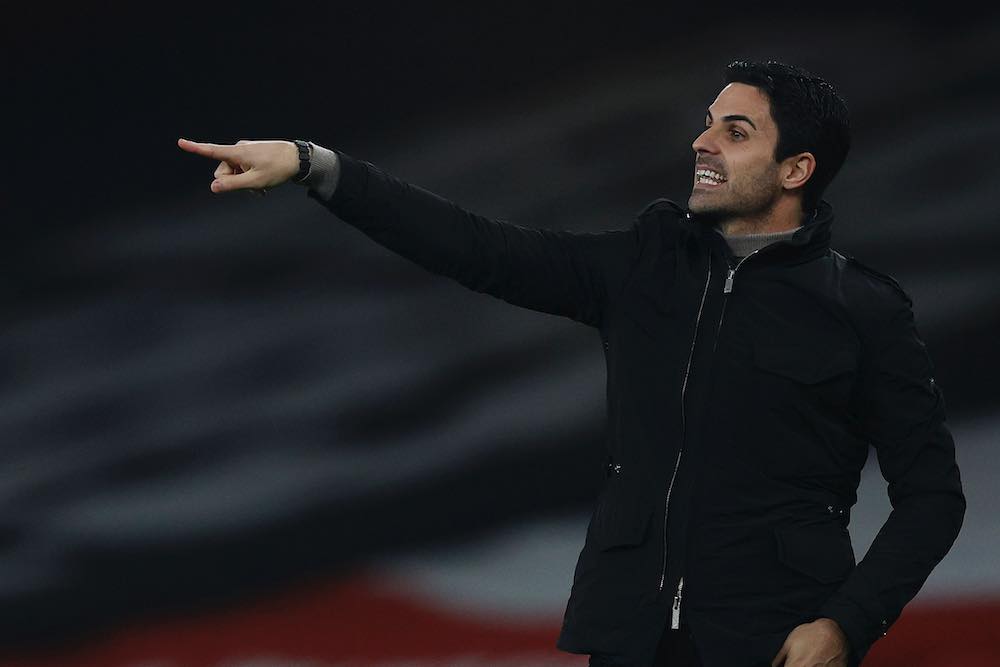 Arsenal has stormed to the top of the Premier League title this season, and it seems they might eventually win the title.

Mikel Arteta’s men are clearly overachieving, but it also makes little sense to write them off because any competitor can win any competition.

Chelsea had an accomplished manager in Thomas Tuchel before they fired the German and replaced him with Graham Potter.

Some fans and pundits believe that decision has weakened them, but that assessment is both unwise and too quick.

Potter has not won a trophy in English football, but his Brighton team constantly overachieved, and he left them close to the top of the Premier League table when he took the Chelsea job.

The man has thrived as an underdog all his life, and his success story is one that should make everyone give him more than enough respect.

Apart from Potter, Chelsea has a team that has been winning trophies in recent seasons, and that is one key thing that the current Arsenal team lacks.

Mikel Arteta and Potter are still rookie managers, even though they have been around for some time.

The Arsenal job is Arteta’s first in senior management, while Potter won a cup in Sweden with an unfancied Ostersunds team.

At Brighton, he constantly upset the odds to show that he could manage a top side, which earned him this job.

However, both managers are not as experienced or successful as Pep Guardiola of Manchester City, Jurgen Klopp of Liverpool, and Antonio Conte of Tottenham.

Their exciting young careers mean you could make a case for them being the managers to watch, and they could achieve success in the next few seasons on a worldwide scale.

As a manager, neither of them has the accomplishment to make anyone pick them as a Premier League title-winning boss.

However, Chelsea seems to have a gaffer who has gotten his squad settled and is achieving results faster than expected.

Potter is yet to lose a competitive game after eight matches in charge, and it is easy to forget he inherited a team that had just been beaten by Dinamo Zagreb in the Champions League.

If his team keeps delivering the maximum points in games, he will likely end this term with at least one trophy.

One thing that makes winning a trophy easy for any team is their recent success.

When a team has broken that ceiling and has tasted victory in domestic or continental competition, it is hard for them to go back.

Chelsea won the Champions League, the European Super Cup, and the Club World Cup in 2021.

These competitions are some of the biggest prizes in world football, and the Blues have maintained almost all the players who helped them achieve that success.

This means they have a team with a winning mentality that knows what it takes to conquer a competition. This will stand them out when the Premier League reaches key stages.

Chelsea splashed the cash on some eyecatching transfers in the summer, including the likes of Raheem Sterling and Kalidou Koulibaly.

They have added youngsters like Carney Chukwuemeka and Armando Broja to their squad as well, although the latter is a player groomed at their famous academy.

The Blues have lost the likes of N’Golo Kante to constant injuries this season, but they also have more than enough cover in each position, and now it seems the constantly injured players might lose their place in the squad.

Depth is one of the biggest secrets of successful teams like Manchester City and Liverpool over the past seasons.

Arsenal also bolstered their squad with some new players, but their bench does not have the quality Chelsea possesses.

What this means is that the Blues will comfortably find alternatives if they cannot call on their key players.

But that cannot be said of Arsenal, who have used almost the same players in the Premier League and the Europa League so far.

Young players are very attractive on the transfer market, and clubs prioritise signing them mostly because of the long-term value they provide.

However, youngsters do not win trophies or titles, and they often struggle to keep momentum, which is why a blend of youth and experience is the perfect recipe for success.

Chelsea’s average age of new signings this season is 25 years and 7 months, the sixth oldest in the whole Premier League.

This doesn’t seem like they have a long-term goal in mind, but it sets them up nicely to win trophies quicker.

One of their new buys is Raheem Sterling, who enjoyed a trophy-laden spell at Manchester City before moving to London.

The attacker comes to Stamford Bridge with a lot of practical experience in winning trophies, and he will transmit that to his teammates.

While an older average age does not help in the long-term, it sets the team up to become successful faster, and that makes them a better title challenger compared to Arsenal.

One thing that stands Potter out from most English coaches is his lack of loyalty to one tactical setup.

The 47-year-old used a 4-2-3-2 formation in his first match as the blues manager against RB Salzburg.

He used a 4-2-2-2 in the next competitive game against Crystal Palace in the Premier League.

He then used 3-4-2-1 in his third game in charge against AC Milan, and he has evolved his formation constantly in different games since then.

They might be different setups, but they have all worked to devastating effects, and he has not lost a match yet after eight games at the helm.

This tactical flexibility makes Chelsea very unpredictable, and it is a headache for teams trying to defend against or attack them.

If his players master several formations and execute them well, it means that they could even switch shapes severally during a game, and it should help them unlock any team they are playing against at that time.

Chelsea remains one of the biggest clubs in the world, and they have everything they need to win the Premier League this season if the clubs above them slip up.

Their recent return to form is a key driver of success even off the field, and it is one reason Chelsea tickets are one of the highest-selling in the Premier League so far.

The Blues have made Stamford Bridge a fortress, so their fans are more than happy to attend matches at the London ground.

Success has never really eluded them recently, and naming Potter to succeed Tuchel clearly shows they want to continue winning and they have a better chance of competing with Manchester City and Liverpool for the league title.

The World Cup break next month will offer every club the chance to regroup, reorganise and re-strategise for the second half of the term.

That will offer Potter an opportunity to hold a proper pre-season with his team, even though most of his players will be away for the competition.

If the rest could understand his tactics, it would not be hard to transmit them to the teammates who will represent their countries at the World Cup.

The season is still long, but the signs look very good, and we can expect Chelsea to be properly in the title race conversation by the second half of the term.