Can Canada Capitalise On Growing Interest In Men’s Soccer? 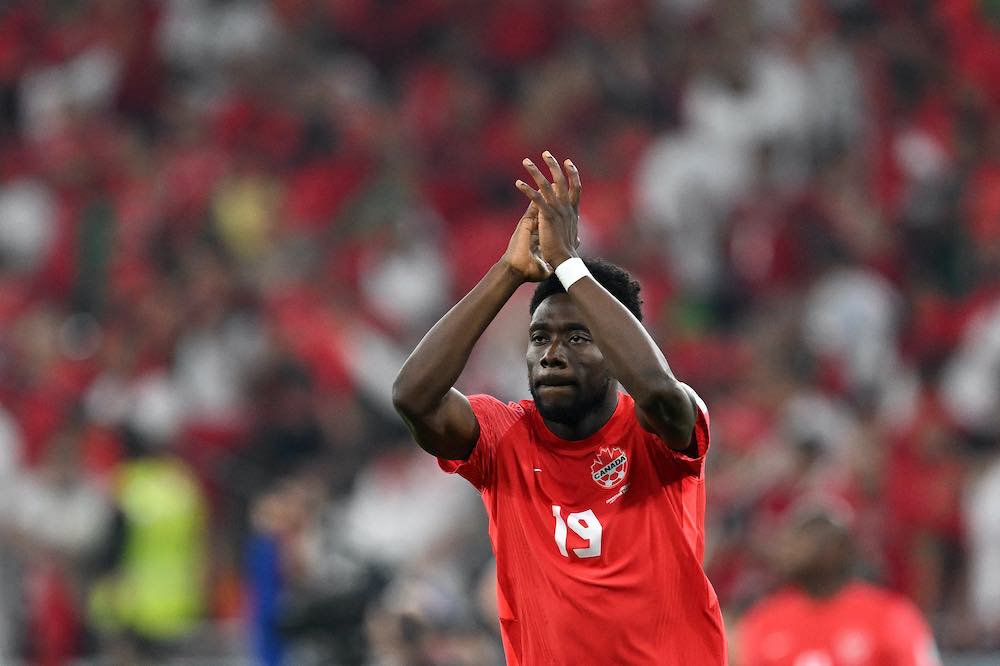 A rallying second half for Canada after a horrendous start to the game against Morocco at the men’s World Cup gave a glimpse of the future.

Trailing 2-0 for most of the first half, Canada got a goal back from an own goal just before the break and piled pressure on in the second half but couldn’t quite get the equaliser they were desperate for.

Their World Cup qualification campaign consisted of 20 matches due to being ranked so low in the FIFA World Rankings, they had two rounds to progress through before joining the likes is the USA and Mexico in the final qualifying round.

Canada ended up finishing top of the final qualifying round which ensured they qualified for the World Cup for only the second time after last appearing at Mexico in 1986.

In that tournament, Canada failed to score. This year, Canada’s superstar, Alphonso Davies, converted the opening goal against Croatia in their second game to register the men’s team’s first goal in a World Cup.

The goal came early in the game, after just two minutes. Croatia was then able to show their experience and quality to end the game 4-1 winners and resign Canada to being eliminated before their final game after losing 1-0 to Belgium in the opener.

Despite two defeats, the media excitement and support back home was growing. They had 22 shots against Belgium, though only managed three on target. They scored the first goal in the next game against 2018 World Cup runners-up, Croatia, before going on to face Morocco.

Head coach John Herdman and the squad could see the support and that even without the points, the interest and support in the sport and the team is growing.

With the 2026 World Cup to be set in Canada, along with the USA and Mexico, it is vitally important that this interest and engagement keeps increasing.

Domestically, Canada has three teams competing in Major League Soccer, Toronto FC, CF Montreal, and Vancouver Whitecaps. The league is continually improving and the quality of players and coaches remains on an upward trajectory. This has given Canadian players the opportunity to compete at a high level domestically with 25 teams across the United States, 26 with St Louis City joining in 2023.

With just three sides in MLS, the introduction of the Canadian Premier League has been vital to the development of Canadian players. There are only so many spots on three teams in MLS, after all.

The league was founded in 2017 and its first official season was played in 2019 consisting of seven teams from across Canada. There will be eight teams come the 2023 season and a big step forward for developing the sport in a professional setting across Canada.

Expansion is a vital part of jumping on board the rising popularity of the sport domestically and giving more young Canadians the chance to compete and develop as players. Canadian Premier League commissioner Mark Noonan spoke this year in an article in The Athletic about the need to grow the league.

“We are definitely going to be looking hard at an expansion,” he said.

“We know there’s a number of great Canadian cities that deserve a team. And we need to grow our footprint.

One thing that I learned the hard way at MLS is that if you don’t have the right conditions for expansion, you will fail.

With the limit in the number of players who can realistically continue to progress into the professional MLS environment, this option of the Canadian Premier League gives players the opportunity to showcase what they can do.

The league quality can grow and improve as well as players highlighting their abilities in a competitive environment to earn moves into MLS sides or further afield.

Rotation of the Guard

Players like Atiba Hutchinson and Junior Hoilett have been vital to Canada’s long and somewhat slow improvements. They have seen the lows and finally achieved the highs of representing their country at a World Cup.

With 2026 in the mind now, these players and the likes of goalkeeper Milan Borjan could have played in their first and last World Cup.

New stars have emerged in Alphonso Davies of Bayern Munich, Ismaël Koné of CF Montreal, Steven Eustaquio of FC Porto, Tajon Buchanan of Club Brugge, and Jonathon David of Lille. They have performed well in this tournament and will be able to go into 2026 with experience and confidence.

New stars need to join them though, and some that are hoping to have already made the move abroad. Theo Corbeanu of Wolves, currently on loan at Blackpool, is a 20-year-old wide forward who will be aiming to develop further to be a big part of the 2026 side.

There are more out there ready to keep working hard and fighting for their chance to shine. The improvements to the opportunities for young players need to be a key focus for Canadian Soccer in the long term, though.

With the support and popularity of the sport continuing to grow, Canadian soccer is set to ride the wave of excitement around this team and look to make themselves a top CONCACAF nation.

While 2026 is guaranteed, 2030 isn’t. Points on the board will be the first priority for the national team, as well as building the depth and quality of options to make themselves one of the hardest to beat in qualifying going forward.