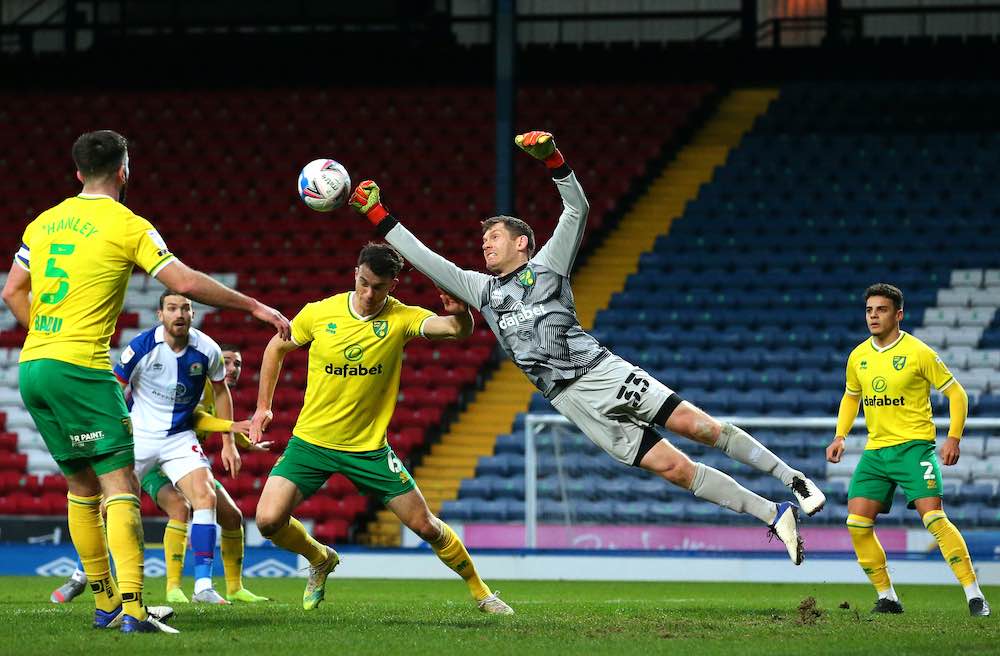 An interview with Michael McGovern, by Callum McFadden for WFi.

You are currently at Norwich City having joined the club in 2016. How would you sum up your time at the club so far?

“It’s been up and down for me. When I joined the club, I was the number 1 goalkeeper in my first season however since then I have been playing back up.

“The highs are without doubt winning two promotions to the Premier League. The second promotion means a lot to me because I contributed by playing in a good proportion of the games.

“I also went on to play a few games in the Premier League which is always nice.

“Overall, I am thankful for my time at the club so far because I come into training and work with great people every day.

“It has certainly been an enjoyable period for me in that regard.”

Can you describe what it is like to be a number two goalkeeper when you are called into the team at late notice?

“The main difference between being the number one and number two goalkeeper is that when you are the number one, you get yourself into a consistent rhythm by playing every week.

“It is harder as a number two because you don’t have that natural in-game rhythm by playing so it takes a strong mentality to be able to be fully prepared for whenever you are required.

“Mentally, you must be prepared for every game in case you are needed because you just never know when an injury or a red card is around the corner which will lead to you being given an opportunity.” 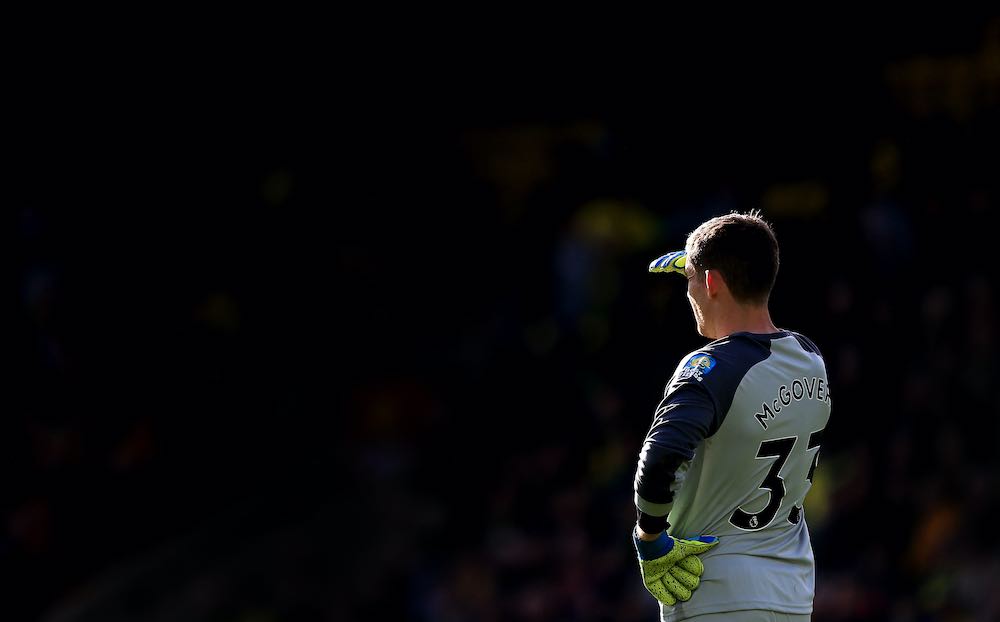 Let’s rewind back to the start of your career at Celtic, how do you reflect on your upbringing at the club under the likes of Tommy Burns and Willie McStay?

“I couldn’t have asked for a better start to my career because Willie and Tommy were top coaches and top people too.

“Terry Gennoe was always a very good goalkeeping coach who worked on the fundamentals of the game with me.

“Everything I learned at Celtic has stood with me throughout my career.

“The standards and level of professionalism at the club were always high. There was never any room for even a hint of complacency.”

You were a part of the Celtic squad under Martin O’Neill that won league titles, domestic cups, and reached a European final in 2003. What was it like to work in that environment?

“It was an amazing experience as a young player because there were so many quality players and big characters at the club.

“Football has changed in that regard in recent years because characters and dressing rooms like that don’t really exist anymore. Times have moved on.

“It was amazing to be travelling with the team under Martin and then Gordon Strachan or being on the bench.

“There was always good banter flying about and we had fun off the park although, on the park, things were taken incredibly seriously.

“Henrik Larsson, Chris Sutton and Paul Lambert were some of the senior players at that time, to name just a few.

“Lambert had won a European Cup at Dortmund just a year prior to joining Celtic and he was great with the young players.”

You were a part of the match-day squad when Celtic won the Scottish cup in 2004 and 2006. Although you didn’t get on the pitch on those days, it must have been special to be a part of the group.

“The first final was Henrik Larsson’s last game for the club and he was superb on the day as he always was.

“That was a great occasion at the club given how important Henrik was at Celtic. I actually played in his testimonial match against Sevilla just a few days later which was a great experience too.

“Then, we won the Scottish Cup again in 2006 in Neil Lennon’s last game for Celtic.

“That was a cagey match which is remembered for Jean-Jöel Perrier-Doumbe scoring the winner to see us lift the cup under Gordon Strachan.

“Both experiences were amazing even if I didn’t play in the finals themselves.”

You left Celtic for first-team football and it was at Ross County that you established yourself as a number one goalkeeper. The team won the Scottish Challenge Cup and finished runners-up in the Scottish Cup. How do you reflect on your time in the highlands as a whole?

“It took me until the age of 25 to finally establish myself as a first-team regular and Ross County gave me that opportunity.

“I owe a lot to Derek and George Adams for the opportunity and I look on my time at County as being a really positive time in my career.

“Winning the Challenge Cup was a nice feeling but our run to the Scottish Cup final was very special as we weren’t expected to go that far.

“We even beat Celtic along the way which was a big upset at the time.

“I have nothing but happy memories from my time at Ross County as I needed to play games and the club gave me that platform and we had success together too.”

Following a few years at Falkirk, you joined Hamilton Accies in 2014 and established yourself as a top-flight goalkeeper for the first time in your career. That must have been a proud moment for you.

“My career has tended to throw opportunities to me further down the line than maybe you would expect.

“However, joining Hamilton was a logical next step to play in the top flight of Scottish football after establishing myself in the Championship for a number of years.

“I felt ready for the step up and I never looked back once I was given the opportunity.

“It was great to compete against the top teams in the country each week and, under Alex Neil, we built a team that caused many an upset.

“He was very impressive as a manager and I look back on my time at the club with great fondness.

“I still keep in touch with people at the club to this day.”

You represented Northern Ireland at Euro 2016 as the first-choice goalkeeper. Where does that rank in your career?

“Playing at a major tournament is the highlight for sure.

“However, I did not follow a conventional route again because my first cap was in 2010 and I don’t think I played again until 2015 (laughs).

“Thankfully, I broke into the team at the right time as we went on to qualify for the European Championship.

“Playing at a major tournament was an unbelievable experience and everyone talks to me about our game against Germany when, to say I was busy is an understatement.

“Overall, the experience was superb and the game against Ukraine which we won thanks to a goal from Niall McGinn has to be the highlight of my career.

“As well as playing at the tournament itself, qualifying for it against Greece was an incredible night for everyone.

“Our nation hadn’t been to a major tournament in 30 years so it was mind-blowing to be able to make history like that.”

The manager who helped you qualify and perform at the Euros was Michael O’Neill. What was it that he did that created such a special era for Northern Irish football?

“It was a culmination of different things but Michael sat us down at the start of the qualification campaign and assessed our previous performance in qualifying.

“We had finished second bottom on seven points but came close in several other games.

“He analysed where we could have realistically picked up more points and he felt that if we could hit 13 points in this campaign then we would at least get a playoff place.

“He asked us as a group if we thought that was doable and because he had simplified things so much, he made it seem attainable.

“It is no surprise that Michael is from a financial background such was the way he was at ease when analysing numbers and breaking things down like that.

“From there, we won our first two games in the qualifying campaign and had only one less point than in the whole of the last campaign which gave everyone even more belief.

“Michael organised us to be a team that was hard to beat and could capitalise on set pieces, which was crucial to us picking results up away from home.

“He was also able to get the best from Kyle Lafferty during his time in charge which was key as well, because he could always grab us a goal.

“That set us on our way to continue picking up points and under his management, we became the first pot 5 team to win a qualification group to reach a major tournament.

“We got 21 points at the end of the campaign which is remarkable considering we initially thought that 13 was a realistically attainable amount.”

Finally, Michael, you are now 38, have you considered what life after football will look like? Coaching? Punditry? Or other avenues?

“I’m not sure what will come next. As you get older, you do think about things like that but I do not have a concrete plan.

“I want to continue playing for the next couple of years and evaluate things in more detail from there.

“I know that whatever I do next, I need goals to work towards and a structure to my day because that is what I’ve been used to throughout my playing career.

“I also need to make sure that I have the opportunity to spend as much time with my family as I can, too.

“I have my coaching badges and people have said to me before that they think I have the right temperament to be a good coach.

“Whether I explore that further, time will tell but I am fully focused on playing and I like to be active so sitting around won’t be the next step.