CHAN 2022: The Importance Of The African Nations Championship 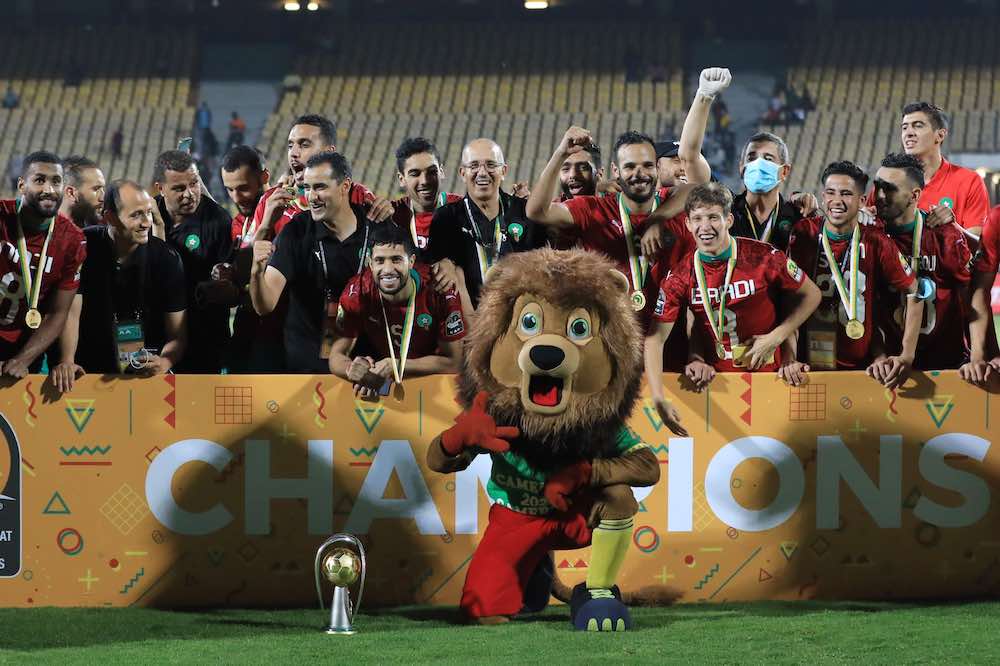 October 19, 2019. In Agege Stadium, the Super Eagles struggle to score an extra goal against Togo. It will decide which team will qualify for the 2020 African Nations Championship in Cameroon.

The team adorned in green is struggling to bring the game level with an extra point, which is surprising. The Nigerians’ professional football league, aptly titled the Nigerian Professional Football League, is competitive.

The league’s top teams regularly compete with Africa’s best in the CAF Champions League. Enyimba FC, the regular alpha dog, has even won it twice.

No one can explain how Togo, with a population of just eight million, beat the Super Eagles four goals to one. Even though Alimi Sikuru scored a brace with nineteen minutes left, the NPFL’s elite cannot find the tying goal.

With a shrill shriek of the referee’s whistle, the game ends. For the first time, the best of the Togolese Championnat National have qualified for the 2020 African Nations Championship as the Nigerians miss it for the first time since 2011.

The Togolese wouldn’t make it out of the group stage in Cameroon, while the B Super Eagles had to sit and watch.

In basketball, this would be an upset. In the English FA Cup, Togo would be called a giant killer.

There are many names for the humiliation that the Nigerians faced that day. What fans can’t put a name, a reason, or an explanation to, is why.

Why did a perennial football presence lose to a 124-ranked Togo? Why were they beaten that badly? And what did it mean for Nigerian football?

To understand the predicament of the Nigerian Football Federation, you have to understand the African Nations Championship (or CHAN), why Nigeria’s failure did not make headlines, and CHAN’s importance in Africa.

CHAN has to be one of the weirder competitions in the football landscape. Running every other year alongside the more-prestigious Africa Cup of Nations (AFCON), the tournament is a hybrid between grassroots football and an all-star tournament.

Players must play for squads in their home country to be eligible for CHAN, prioritizing growth in youth football rather than expensive signings. At worst, it’s a simple scouting tournament for European and African scouts to judge young players. At best, it can be a marker of vitality for growing soccer leagues.

Some major players have passed through CHAN. Montreal striker Sunusi Ibrahim, Besiktas attacker Jackson Muleka, and Braga midfielder Al Musrati have all featured in CHAN and subsequently won big contracts. It’s a test of talent, similar to how a good World Cup performance will have scouts foaming at the mouth.

It’s why, despite Nigeria’s strength in friendlies, their early exit set off warning signs. So has their exit in 2022 CHAN qualification, where they lost 5-4 in penalties to Ghana.

There’s no doubt that there is talent in Nigeria — look at Wilfred Ndidi, Victor Osimhen, and Kelechi Iheanacho. But are Nigerian officials using the wealth of skill to their advantage?

It was an important question that the NPFL had to face in 2020, and one they must now face once again.

Although there may be a wealth of talent in the country nicknamed the Giant of Africa, it is questionable whether you can find it in the nation’s domestic league setup.

The regular contenders of the NPFL, Enugu Rangers, Kano Pillars, and the aforementioned Enyimba, have all slumped in recent years following the coronavirus pandemic.

“[There were] a lot of controversies. We need to improve the league itself,” Rangers coach Abdul Maikaba ranted to Complete Sports.

In terms of success, the trio’s absence has left a gaping hole that some Nigerian clubs have tried and failed to fill.

No Nigerian team has qualified for the CAF Champions League group stages since 2018. Rivers United recently became the first Nigerian club to reach the Confederation Cup group stage since 2020.

Not only that, but only a few prodigies directly make the journey from the NPFL to Europe. Some of the more successful transfers for the NPFL came when Ahmed Musa joined the then-Eredivisie side VVV-Venlo and when Abraham Marcus joined Portimonense.

Many English and Spanish talents join youth academies at professional clubs before graduating to the senior side and either staying with the club or proving themselves with a team away from home. But, in Nigeria, and other African countries, players join unaffiliated academies before making a name for themselves in youth competitions.

They join academies in big cities like Owerri and Lagos, where the owner of the academy houses them, sends them to school, and trains them until they attract attention from a big club.

It leads to disputes among academy owners, as was the case when Taye Academy owner Kennedy Ezenwere argued with Papilo FC owner Nwankwo Kanu over who had developed current Leicester striker Iheanacho and sold him to Manchester City.

“I housed Kelechi, sent him to school, paid his school fees including his fees for WAEC [West African Examinations Council, the West African equivalent of a GCSE or an SAT],” said Ezenwere.

“Everybody in Imo State knows he is my player.”

It not only leaves the NPFL deprived of natural talent, but makes the NPFL an afterthought for Nigeria Football Federation officials and Nigerian sportswriters.

It is why the NPFL has been suffering quietly in and outside of Nigeria, and it’s why no one cares about its mess.

A Chance To Shine

Nigeria’s predicament is not an isolated incident. The same happens in Ghana, where the Ghana Premier League has suffered and stars like Thomas Partey and Mohamed Kudus get to Europe through relatively unknown academies.

Players like DR Congo’s Silas Katompa Mvumpa, Cameroonian keeper Andre Onana, and more, all plied their trade in academies like the ones in Nigeria.

It’s more common in and around West Africa. In North Africa and Southern Africa, the domestic leagues are more organized and attract more attention.

It’s why players like Patson Daka and Enock Mwepu played a lot in the Zambian Super League, and it also explains why Mohamed Salah and Nayef Aguerd made appearances with local clubs in Egypt and Morocco respectively.

The decentralization of the CAF Champions League towards the smaller academies resulted in the creation of CHAN in 2009.

In the tournament’s six editions, Morocco has won twice, DR Congo has won twice, Libya once, and Tunisia once. Unsurprisingly, no West African club has claimed the title, despite making it to the semi-finals and finals on several occasions.

The 2022 CHAN field looks different than what an AFCON field might look like. Nigeria missed out on qualification after losing 5-4 on penalties to rival Ghana.

Zambia is out after losing to Mozambique, and South Africa suffered humiliation when Angola routed them 6-1.

Surprisingly, teams like Madagascar, Mozambique, and Mauritania have secured qualification.

The combination of traditional powers like Cameroon, Algeria, and Morocco combined with minnows like Uganda, Sudan, and Congo should make for an exciting tournament.

There is also a myriad of players that can impress in the Algeria-hosted tournament. Former Moreirense winger Zizo, who featured for Egypt in AFCON, is eligible to play for Egypt thanks to his allegiance to Zamalek SC.

After impressing in the World Cup, Wydad’s Yahya Jabrane will likely suit up for Morocco again.

But who knows who can burst onto the scene? With near-unlimited talent in Africa, CHAN will only help Africa unearth hidden gems while connecting prodigies with European scouts.