Can Alfonso Ocampo-Chavez Make The Step Up In Austin? 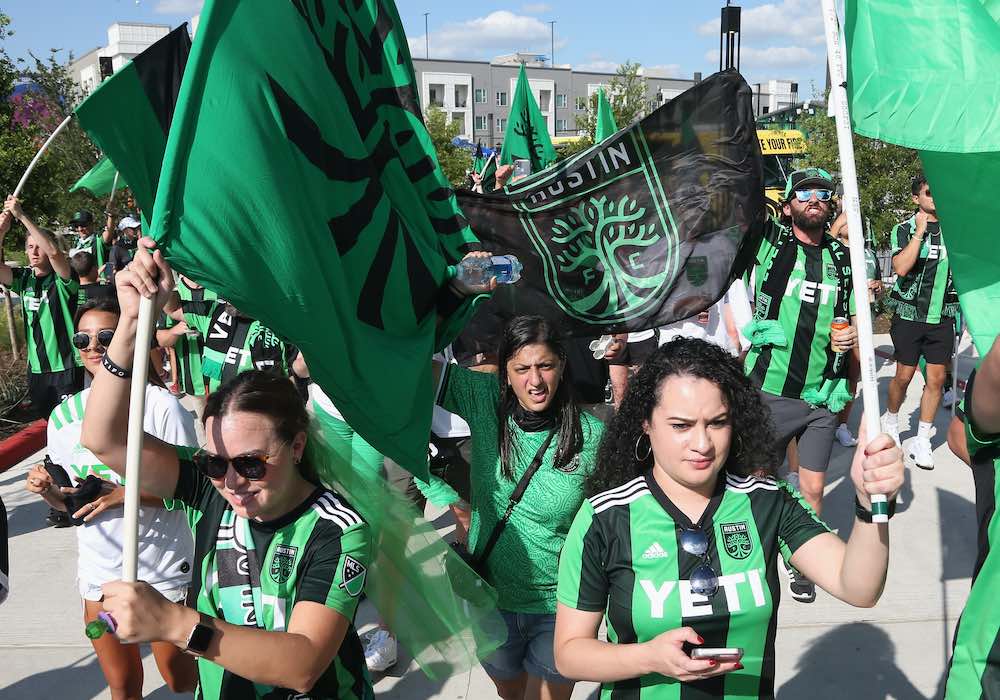 Year two in Major League Soccer for Austin FC was a roaring success. They took a step closer to silverware and cemented themselves as the dominant side in Texas, winning the Copa Texas and finishing second in the Western Conference.

After finishing 12th out of 13 in the West in 2021, the turnaround has been incredible. One player who captured the excitement of the Austin fans, as well as the league itself, was Sebastián Driussi.

The Argentine forward scored 22 goals in 34 games and provided five assists in the regular season. He went on to score three times in his three playoff games as well.

He was the breakout star in some way in MLS, as he pushed on from a decent start in 2021 where he arrived in mid-season, scoring five times in 17 appearances.

Driussi’s impressive season saw him come close in the MVP race, losing out to Hanny Mukhtar in the end, but there was little to separate the players.

With a season like this it is no surprise there are teams around the world keeping tabs on the goal scorer and playmaker.  Leeds United in the English Premier League is among those who have a keen eye on the player who arrived in Austin from Zenit St Petersburg where he gained Champions League and Europa League experience.

They will recoup and profit on the fee they paid in bringing him to MLS, reported to be around £6m.

Should he leave this off-season, decisions will need to be made by head coach Josh Wolff and the back office on how to replace him. Another Designated Player may be brought in as they will not want to take their foot off the gas after their impressive 2022 season.

They have already made an important signing in that area though. Alfonso Ocampo-Chávez arrived from Seattle Sounders after his contract expired with the Western Conference rivals.

Ocampo-Chávez has only around 80 minutes of MLS experience but was a key part of Tacoma Defiance season in MLS Next Pro last season as well as two seasons prior in the USL Championship.

Last season he registered nine goals and four assists in 23 games, taking his side into the playoff rounds before being knocked out by runners-up St Louis City 2.

The forward has plenty of experience at youth level with the United States, a regular in their U15 and U17 sides.

There is a bit of surprise with Nicolás Lodeiro being 33 that Seattle didn’t see Ocampo-Chávez as someone to begin to trial as a future replacement. Austin seems to feel that he has the potential to build towards their first team in that number 10 position.

He is a tricky forward who has experience as a striker and at No. 10. Like Driussi he isn’t the biggest of players and relies on his movement off the ball, link-up play and ball-carrying abilities to stand out and shine.

On a free transfer, Ocampo-Chávez is a low-risk option to develop and see if he can take his qualities in MLS Next Pro into MLS. He showed a lot of potential in his academy days and seems to be in the need of the right setting to catapult his career forward.

The 20-year-old could well be a useful backup to Driussi (or a new DP should he leave) which would be perfect for Wolff who had no one to replace Driussi last season.

Depth is a big part of MLS, and Austin looks to be trying to secure more in their forward line going into 2023. They could well be a challenger once again.