Mikel Arteta’s First Arsenal Starting XI: Where Are They Now? 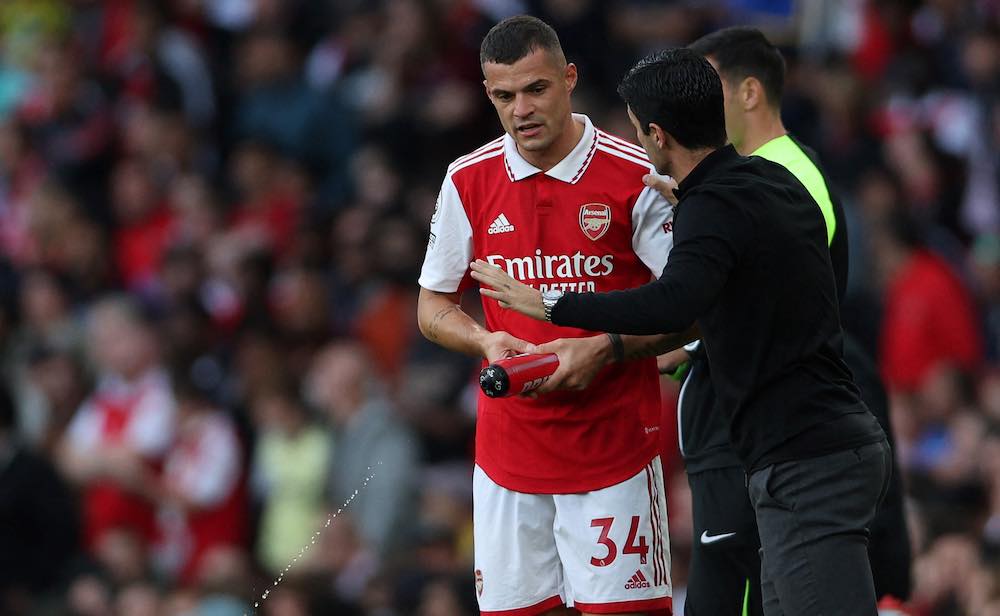 Mikel Arteta has completely revitalised Arsenal from the day he arrived at the Emirates Stadium, to today.

He replaced Unai Emery after the Spaniard’s disappointing spell in charge of the Gunners, and even though it has taken time to get right, Arsenal are now a well-oiled machine that is capable of competing for the Premier League title.

Arteta took charge of his first game as Arsenal manager on Boxing Day in 2019 away at Bournemouth. Dan Gosling opened the scoring on the 35-minute mark but a Pierre-Emerick Aubameyang goal in the second half ensured the Gunners went back to North London with a point.

But where are the players from that draw against Bournemouth now?

Leno left the Gunners in the summer for newly-promoted Fulham after he was regularly on the bench due to the impressive form of Aaron Ramsdale.

He received an injury after the COVID-19 restart which meant he wasn’t able to be a part of the team that lifted the FA Cup.

The 25-year-old has struggled to cement a first-team place in recent years which has coincided with the academy product having loan spells with West Bromwich Albion, Roma and now Southampton. At the time of writing, Maitland-Niles has made 12 appearances for the Saints in all competitions.

Luiz split the Arsenal fanbase. The former Brazil international made clumsy mistakes leading to goals on a regular basis but could also be a key part of Arsenal’s attacking play from the back. He has now returned to Brazil at the age of 35 with Flamengo, having joined the Brazilian Série A outfit in 2021.

Sokratis spent a couple of seasons with the Gunners after making the move to North London from Borussia Dortmund. He was signed by Emery and like Luiz, Sokratis was prone to an error and he departed in January of 2021.

Saka has been another example of Arsenal’s excellent academy and he has shone ever since he made his Premier League debut in 2019.

At the time of writing, the pacey winger has six goals and six assists in 17 Premier League outings and he has also impressed on multiple occasions with the England national team.

The Uruguayan was another one of Emery’s signings that didn’t work out as planned. After not featuring under Arteta, Torreira went on loan to Atlético Madrid and Fiorentina to play regularly. He made a permanent switch to Galatasaray last summer.

Despite having a turbulent few years as an Arsenal player, Xhaka is showing why they paid £30m to Borussia Mönchengladbach for his services.

He has been key to Arsenal’s successes this season and, without him, the Gunners are a different side. Now he is a fan favourite to many.

Arteta dropped Özil in the latter stages of his spell at the Emirates Stadium which meant the German was unhappy and joined Fenerbahçe in January 2021.

After playing on 32 occasions at the Şükrü Saracoğlu Stadium, he joined fellow Turkish side İstanbul Başakşehir in the summer.

This season, Nelson has been brought back into the first-team picture after loan moves abroad. He was at Hoffenheim and Feyenoord before returning to England and in his first game back, he netted twice in a 5-0 win over Nottingham Forest.

Aubameyang was a reliable source of goals for the Gunners and he was trusted by Arteta to lead the line. However, some things behind the scenes happened which meant the Gabon international left for Barcelona at the beginning of the year and he came back to England in the summer to Chelsea.

Lacazette, in his five-year spell, made over 150 appearances with the Gunners. Despite not being the most clinical of goal-scorers, the Frenchman impressed in red but after his contract expired in the summer, he returned to Lyon — the club with whom he started his career.

Only three players from this starting XI remain in Arteta’s current squad and it shows how much they have developed since that Boxing Day draw at Bournemouth.