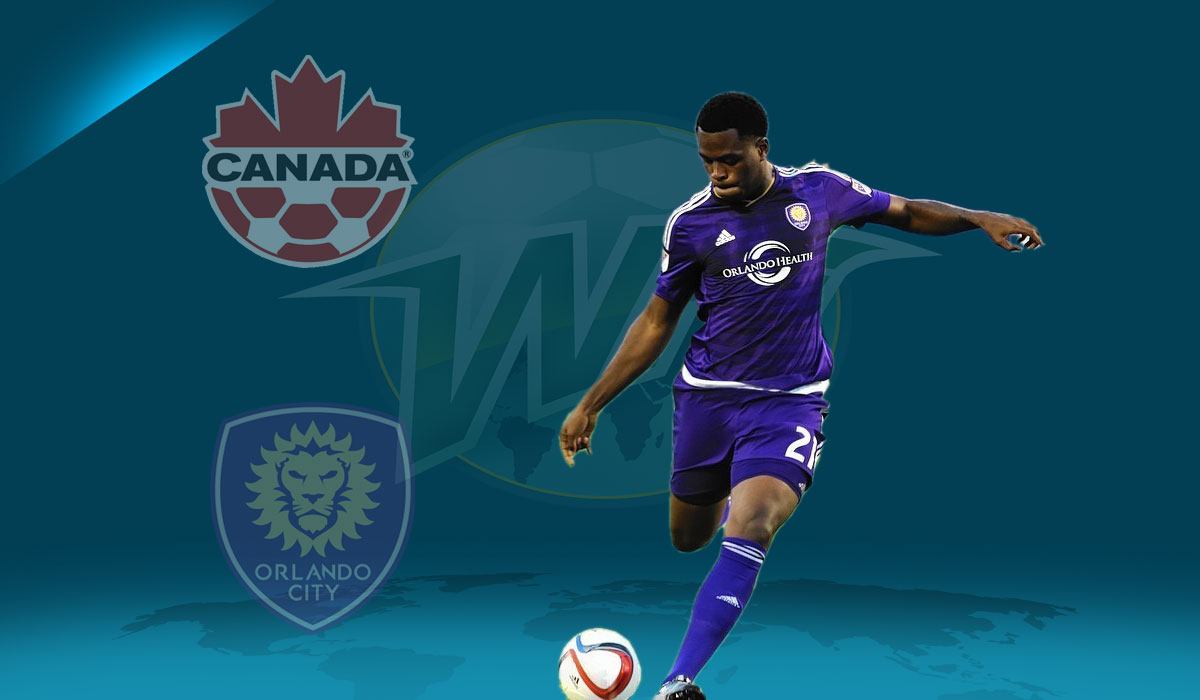 Cyle Larin, the number one selection in the 2015 MLS SuperDraft, has set the league alight recently, regularly displaying the qualities that made him so highly touted coming out of the University of Connecticut.

Much of his success has been down to his hard work and attention to detail on the training ground, and these efforts have paid dividends as he improves on a game to game basis, showing a maturity well beyond his years.

Larin had a stuttering start to the season, netting just a single goal in Orlando City’s first five matches. As of late, however, he has hit a tremendous vein of form, scoring 10 goals in his last 13 appearances.

While the Canadian striker is not leading MLS in scoring, he has been top of the charts in scoring efficiency. He is scoring at a 24% conversion rate, with his 11 goals this campaign coming from just 46 shots.

Those 11 goals also have him currently tied for the all-time single season scoring record for rookies in MLS. Taking into account that Orlando City have nine games remaining, Larin is bound to break the rookie record, and possibly get near the 20 goal mark.

Although it is unlikely that he’ll keep up such a high conversion rate, he can continue to be one of the league’s most efficient forwards by continuing to make his dangerous runs in the area. His great runs have given him plenty of opportunities to score around the six-yard box, as he showed against the Galaxy, Portland Timbers and New York City FC.

While he does posses the ability to score from distance, his ability to use his movement to create simple chances in front of goal is what will continue to make him successful as his career progresses.

The Orlando City rookie has proven to be better than advertised in his debut season, and has shown why at the age of twenty he already has ten senior caps for Canada. The young striker has improved tremendously throughout the season; much faster than Head Coach Adrian Heath and his staff expected.

The Canadian forward’s improvements have come because, unlike many players his age, he has the ability to retain instruction from the training ground and translate that directly into the games.

The preparation leading up to the games has Larin visibly growing in confidence over that past nine weeks, netting 8 goals in 11 games including a hat-trick against Eastern Conference rivals NYCFC in Yankee Stadium. Most impressive was the way he converted this second-half hat trick; a drive with his left foot, a calm side-footed finish, and a right-footed laser from the edge of the box that nestled in the upper 90.

Speaking to the media after this game, his coach Adrian Heath stated:

“You are never quite certain how things will work out when you get a young player out of college. He has the physical tools, but can he take on the information he needs to learn and how quickly can he do it? Cyle is definitely showing us the answer on that score.”

Heath is delighted that the young striker is transferring the lessons from the training ground to the pitch on match days, also stating;

“On Sunday, you could see that the things we are telling him on Monday to Friday are sinking in,” Heath added.

“Cyle is making the right runs and putting himself in the right positions to be successful.  He has always been bigger and stronger than anyone at college level, but that isn’t going to work in the professional world. Now he is being smarter as well, and that shows he is taking on the field what he is being told on a regular basis.”

Larin’s potential to be a top level striker is without question, which is why he was the obvious choice for the number one pick in this year’s SuperDraft. Yet in order to fully reach his potential, the young forward will have to continue to implement into his games what he learns in training.

One of the most exciting prospect ever to burst onto MLS, Larin has the ability to not only make a name for himself in the ever-growing North American football market but also help grow the game in Canada.

The young forward is a complete and modern striker; able to play with both feet, score from all areas of the pitch while dominating the attacking third. As his nation’s brightest star, his career could be very influential in how the game evolves, both in Canada and North America as a whole.